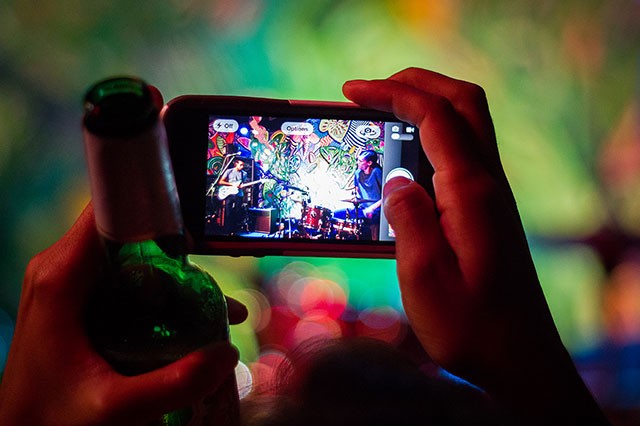 I cannot be the only one who’s sad for us and the clutter of inferiority that is our new reality. Blame the Internet. Oh, the Internet, you little mother of possibility. How you’ve let us down.

First, you’ve devalued one of the most consumer-minded principles of all time: quality. While more wonderfully democratic, the bar for entry in the Internet age is so low that it opens the floodgates to a deluge of information so overwhelming and indiscriminate that nothing makes sense. What does anything matter if it’s inferior? Over a million little trifling things, I’ll take one truly great thing every goddamned time.

In today’s wired, technology-drunk, mindlessly instant world, the things we’ve come to value above all else are novelty and originality. Quality has become the casualty. The result is a torrent of gilded minutiae, a candy diet of sweet but empty calories.

In a very short time, this acquiescence to poor quality has already permeated the way we consume music and performance: in shitty little streams and clips. As someone who attends hundreds of shows a year, I have almost zero patience for watching concert footage online. When you’re used to the firsthand widescreen deal, looking through a peephole just won’t do. It’s a low-def, shrunken, clipped and remote experience that I know is an appallingly small fraction of what all really happened there. (This is true even with our own TLU TV, although the idea behind that is to give you a taste of what you may have missed as a way to urge you to be there in person for the full, real-life glory the next time.)

In fact, being there brings me to the next main point and perhaps the worst thing the Internet’s done to the basic experience of our lives. Though it promises to take you out into the vast world, more often it just ends up taking you out of the real world and into something else, some rabbit hole of distorted, ersatz reality whose bright blur lures us back into a figurative and literal box. And for the most part, it conspires to breed a generation of glowing faces shackled to their touchscreens. It’s all too eerily Huxleyan.

Even at concerts – the most communally human aspect of music – it is shocking and still strange to see the number of people in attendance watching the grand, full-scale performance happening live right in front of them through their tiny, sad-ass phone screens. I’m not irritated by them; I rue them. Something is seriously fucked when you live in a world where so many people opt to document the experience they’re in to share it online instead of fully living it. Only us media types should have to suffer such a fate. When you would rather record instead of be in the pregnant moment it’s abject – no, obscene. Luckily, that mostly happens at bigger shows. People with the enterprise to go to smaller shows seem to be much more in touch.

The Internet allows us to go anywhere and everywhere. But it’s likely that none of us ever considered that one of those possibilities lurking would be to disengage us from the thing that packs the most experiential meaning: the here and now. Through our online lives, we are plugged in but have become fundamentally disconnected.

Now I’m not saying that things were better before you, World Wide Darling. They weren’t. Nor am I ascribing primary blame to you. This is more of an indictment and an appeal directed at the collective mirror.

On that count, don’t misunderstand, fellow humans. This is not some anti-Internet screed from a guy who’s suggesting that we return to the good old days of cassette tapes and loincloths. It’s about having perspective on our new online world, what it can do and what it really means. That most of us have already become unwitting drones to the headless machine is a dangerous irony for something whose premise is freedom through information and access.

Make it your surrogate and be a slave, or make it your guide and be the master. See you tonight.

Heads up, baby. I’m on break next week. But the week after, it’s rock & roll.