Opening in Orlando this week

What’s playing on screens around town 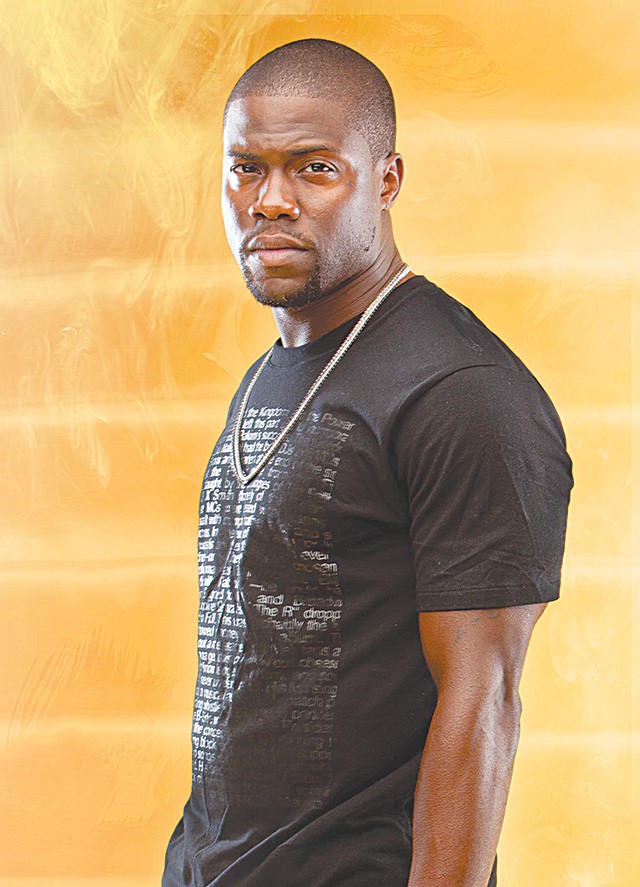 Kevin Hart: Let Me Explain Summit Entertainment proudly points out that Kevin Hart is only the sixth stand-up comedian to have sold out Madison Square Garden, where this concert flick was filmed. Actually, he performed two shows that night, one right after the other, which makes the achievement even more impressive. And let’s not forget the true accomplishment here: managing to negotiate a recording arrangement at MSG, where the outrageous union fees sometimes make it hard for acts to even complete a simple backstage load-in. Yeah, yeah, “inside baseball” – like you’ve never read
Billboard. (R) – Steve Schneider

Stuck in Love Writer-director Josh Boone’s first film casts Greg Kinnear as a writer whose failed marriage contributes to the emotional maladjustment of his daughter, who is also a writer. (Gee, why isn’t this thing opening on 4,000 screens? Everybody loves writers!) Also in the cast are Jennifer Connelly, Kristen Bell, Spencer Breslin and the voice of Stephen King (another writer!). Fun trivia: It’s also the first of two movies to be released in Orlando on successive weekends that feature supporting performances by Patrick Schwarzenegger. What further inducement do you need to see the thing – a complimentary box of Jolly Ranchers? (R) – SS

Also playing
World War Z Mark Forster’s middling zombie flick plays like a mashup of the 2004 Dawn of the Dead, Contagion and 28 Days Later. The Studs Terkel approach of the source novel is jettisoned as the movie sends a U.N. emergency agent (Brad Pitt) trotting across the globe to find the root cause of the plague – a quest that takes him from one CGI fest to the next. There are some tense action vignettes, but they have little dramatic connection to one another. And the ending is such a botch that it’s hard to believe the movie will spawn any sequels. (PG-13) – Jeff Meyers