Opening in Orlando this week

By Steve Schneider and Cameron Meier 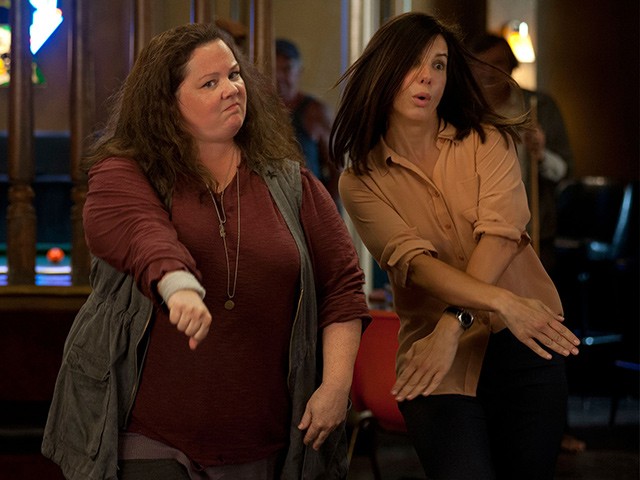 Fill the Void Arranged marriage among the Hasidim of Tel Aviv provides the narrative foundation for Israel’s submission to the 2013 Oscars. Writer-director Rama Burshtein’s film also picked up an Independent Spirit Award for Best First Feature, vied for the Golden Lion at the Venice International Film Festival, and was called “a film that might possibly exist, maybe” by outgoing Iranian President Mahmoud Ahmadinejad. (PG) – Steve Schneider

The Heat It seems like just yesterday that Melissa McCarthy made her big breakout in director Paul Feig’s Bridesmaids – you know, that movie that won’t be getting a sequel because writer Kristen Wiig resented the “guy humor” that Feig and Judd Apatow insisted upon inserting. I wonder what counsel McCarthy might have given The Heat’s writer, Katie Dippold (Parks and Recreation); maybe she reassured her that a script about a female FBI agent (Sandra Bullock) mismatched with a Boston-strong lady cop (McCarthy) posed exactly zero risk of pandering to male sensibilities. And then they both laughed and cashed their checks. (R) – SS

White House Down What’s the difference between this Beltway actioner and last March’s Olympus Has Fallen, which likewise had a himbo protecting the president from an attack on 1600 Penn? Well, the hottie this time is Channing Tatum, who is (shall we say) a more desirable quantity at the box office than Gerard Butler. But the big change is that the president is now a brother (Jamie Foxx), which means that White House Down has a better chance of attracting the Southern-militiaman demo that Hollywood not-so-secretly hopes will go to these things for wish fulfillment. (Genius
marketing idea: The 100th customer gets a Bushmaster!) (PG-13) – SS

Also playing
Monsters University Though the prequel to Monsters, Inc. lacks some of that film’s freshness and originality, the 12-year wait was still worth it: There’s enough smart comedy and brilliantly detailed 3-D animation to keep everyone entertained. Writer-director Dan Scanlon stays true to the characters. Come early (for The Blue Umbrella, the most stunningly photo-realistic animated short ever) and stay late (for the little laugh buried at the end of the credits). (G) – Cameron Meier