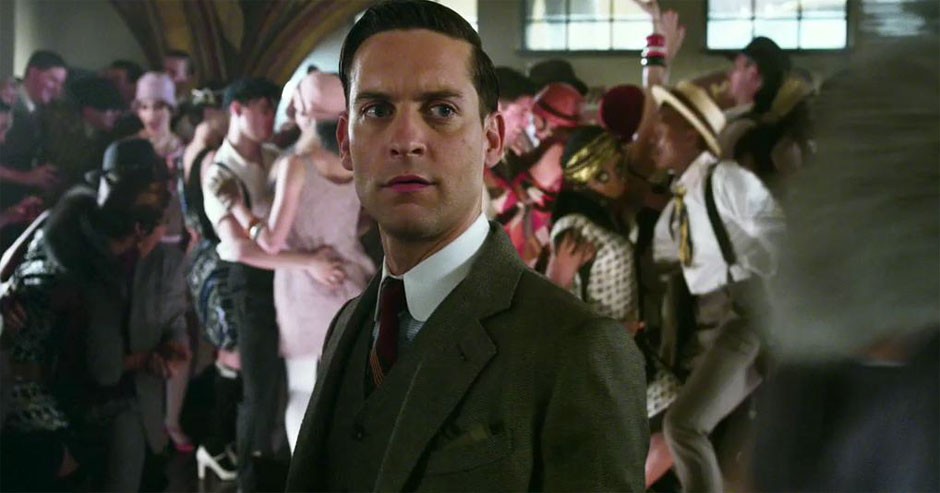 How do you film the best novel of the 20th century? The answer is, of course, that you can’t, as three previous cinematic versions of The Great Gatsby have shown. Yet director Baz Luhrmann, with his provocative new take on the classic, deserves some credit for trying a new, if slightly misguided, approach and for delivering his own unique brand of grand entertainment instead of the spectacular disaster fans of the book feared.

The plot hardly bears repeating. If you’re like me, you discovered F. Scott Fitzgerald’s masterpiece in high school and were immediately transfixed. Perhaps you imagined yourself as the mysterious Jay Gatsby, a man who challenged himself – and inexorably changed himself – to achieve his ultimate romantic dream. Maybe you even took a greater mental leap and cast your real-life love as the ethereal, unattainable Daisy. But just in case you didn’t obsess over the story as much as I, you may need some Cliffs Notes.

It’s the jazz-infused summer of 1922, and Nick Carraway (Tobey Maguire), a poor stockbroker, is new to West Egg, a fashionable village on Long Island, New York. He has rented a small house across the bay from old-money East Egg, home to his cousin Daisy Buchanan (Carey Mulligan) and her husband, Tom (Joel Edgerton).           Nick soon meets his next-door neighbor, Gatsby (Leonardo DiCaprio), a millionaire bachelor of dubious background who sole purpose, it seems, is to throw lavish parties for the Empire State’s high society. What Nick doesn’t know at first is that Gatsby has invented this life not for himself but to attract Daisy, his lost love from before the war – the one who wouldn’t wait for him, the one who got away.

In a tragically ironic twist – which Luhrmann only slightly captures – Gatsby hates the parties, which are thrown for the sole purpose of drawing Daisy. And until that day comes, Gatsby waits patiently on his side of the water, staring across the sound to Daisy’s, transfixed by the “green light at the end of her dock,” which, since the book’s publication in 1925, has become a metaphor for something magical and inspirational, yet just out of reach.

Nick is the book’s narrator, and Luhrmann, who co-wrote the screenplay, fully embraces that construct, expanding it to make Nick not just the verbal storyteller but the writer as well. That allows Luhrmann to emphasize the language of the novel, with the actual words sometimes springing off the screen in 3-D. That’s an improvement over the famous 1974 film directed by Jack Clayton and starting Robert Redford, which trampled on the language at times. Yet the framing device of placing Nick in a Midwest sanitarium following his departure from New York, writing the story as therapy following a mental collapse, is unnecessarily distracting.

Though Luhrmann does respect Fitzgerald’s words, he doesn’t always respect their meaning. The director apparently envisioned the novel not as a character study and societal commentary, but as a 3-D spectacular with rap and hip-hop existing alongside jazz and blues. If that sounds ridiculous, you may be pleasantly surprised, as the modern music is used more sparingly than advertised. Gershwin and other period tunes are sprinkled in, and the soundtrack in the second half is fairly traditional. Still, the unconventional musicality comes across as little more than a cool gimmick and not the eclectic infusion of energy that the director had hoped for.

Luhrmann’s problems stem not so much from his choice of musical genre, though, as from his overemphasis on music in general, not to mention the frenetic visuals, which fly by so quickly in the film’s first half that one barely has time to digest them. The depictions of Gatsby’s “kaleidoscope carnival” notwithstanding, this isn’t a tale suited to aesthetic overload, but instead a brooding, heartbreaking story of lost love, obsession and societal divisions. To do it justice, Luhrmann needed more Ingmar Bergman and less Busby Berkeley.

Despite that muddying of meaning, Luhrmann’s film leaps to life in stunning fashion. With superb art direction, the settings come alive but still retain a dreamlike quality. The 3-D camerawork is admittedly more impressive during the CGI moments and less so during interior scenes, when out-of-focus foreground objects dominate the composition. Yet for all this amazing aesthetic, the movie projects little emotion. After all, when Gatsby’s dream dies, so dies the American Dream, but we can’t truly hear that death above Luhrmann’s cacophony of sight and sound.

The cast does a fair job but doesn’t always connect to us emotionally. DiCaprio is competent but can’t top Redford’s performance in the 1974 film. The latter imbued the role with class and an inexplicable mix of sadness and hopefulness. DiCaprio, especially in his first few scenes, often comes across as a spoiled buffoon, someone who thinks he is worthy of Daisy’s love simply because of the money he has made. THAT is not the true Gatsby. The older film had its flaws too, often failing to show much life, but it did have more soul.

Daisy is practically an unplayable part, but Carey Mulligan does her best, outdoing Mia Farrow from the 1974 version. However, Joel Edgerton as her slimy husband, Tom, is invisible at times, lacking the passion, the naturalism and the slime of the Bruce Dern turn from the aforementioned adaptation. Tobey Maguire, as Nick, simply does what’s asked of him, which is also all that can be said for Sam Waterston, who played the part 39 years ago.

The characters that Luhrmann botches are Myrtle (Isla Fisher), with whom Tom is having an affair, and her husband, George (Jason Clarke). Buried almost entirely by the jazzy jumble of Lurhmann’s style, they never come to meaningful life, and that robs the finale of its emotional punch.

Luhrmann changes some minor details of the book, and that’s fine, as a film must live and breathe on its own, and not be trapped in a paper plot. For instance, Daisy’s friend Jordan Baker (Elizabeth Debicki) is almost completely excised, reduced from Nick’s summer girlfriend to his passing acquaintance – and that actually strengthens the story. Other minor moments and characters, such as Gatsby’s father, are either deemphasized or forgotten entirely, and that matters little, too. What does matter, unfortunately, is that Luhrmann’s pacing and editing are so erratic, especially in the first 40 minutes, that we never fully comprehend the characters. The director’s style works better here than in Romeo + Juliet, but not quite as well as in Moulin Rouge.

See the movie for what it is: an exciting, visual celebration of love, life and longing. But to truly understand Jay Gatsby, a haunted man who knew that “falling in love would change his destiny forever,” peruse the pages of the Fitzgerald classic.

So we beat on, boats against the current, still longing for the truly great Gatsby.