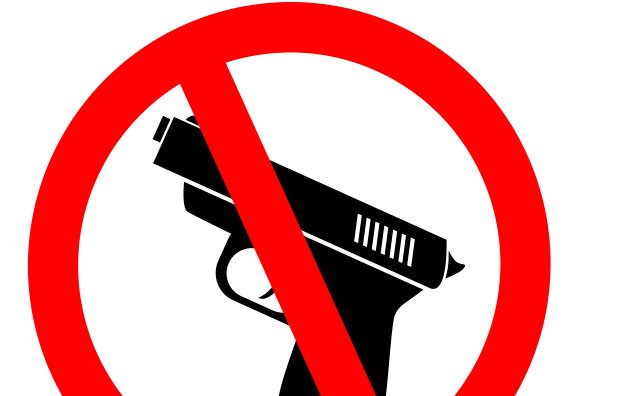 NUMBER OF FIREARM-INVOLVED VIOLENT CRIMES IN ORANGE COUNTY IN 2011

“I’VE HEARD FOLKS SAY THAT HAVING THE FAMILIES OF VICTIMS LOBBY FOR THIS LEGISLATION WAS SOMEHOW MISPLACED. A PROP, SOMEBODY CALLED THEM. ARE THEY SERIOUS? DO WE REALLY THINK THAT THOUSANDS OF FAMILIES WHOSE LIVES HAVE BEEN SHATTERED BY GUN VIOLENCE DON’T HAVE A RIGHT TO WEIGH IN ON THE ISSUE?”
– PRESIDENT BARACK OBAMA RESPONDING TO THE U.S. SENATE’S FAILURE TO PASS UNIVERSAL BACKGROUND CHECKS FOR GUNS ON APRIL 17
Sources: National Institute of Justice, Florida Department of Law Enforcement

With all of the searing noise of lives literally exploding last week – and the horrific, made-for-TV psycho manhunt that followed – you would think some modicum of common-sense reprieve might be in order, if only to soothe the shattered souls of a nation in mourning. Nope, not if you happened to be a U.S. senator with your toes tied by the nimble and shaky fingers of National Rifle Association mongrel-in-chief Wayne LaPierre. According to his fetid shroud of influence, everything needs to just stay the same, faggots, because freedom.

Sure, it’s not necessarily fair to draw direct comparisons between the Boston Marathon bombing massacre on April 15 and the Senate’s 54-46 failing (see: filibuster, governmental idiocy) vote on universal background checks for gun purchasers two days later, but the violent echo that it represents – a real one-two kick of traumatic proportions – is certainly worth noting. Just four months after the Newtown massacre ripped the nation to shreds, and in front of some of those families who were so recently affected by that irrational embrace of ultimate power, the Senate stared down the wishes of 90 percent of polled Americans and killed the bill that might have saved a few lives. President Obama was quick to blame the lying liars who lie at the NRA, and Democrats and sane people alike agreed that this fight wasn’t over, or something.

Well, it certainly wasn’t in Florida! Even though the last empty casings of democracy had already dropped to the ground in the nation’s capitol, the Florida House of Representatives – ever the relevant crowd of rural nihilists – saw fit to continue with what amounted to a declaration of (civil?) war against Obama’s intentions to curtail irresponsible gun proliferation. House Memorial Bill 545, titled “Right to Keep and Bear Arms,” shot its way onto the floor with reckless abandon.

“The legislature, on behalf of the government and citizens of the state, hereby notifies the Congress and the President that it intends to lawfully use all of its authority and power to resist or overturn any federal gun control measure that violates the right of the people of this state to keep or bear arms,” the measure reads in part.

Um, OK. According to the Miami Herald, when one Democrat pointed out that, no, this wouldn’t be necessary because gun control just died in Congress, the floor erupted in applause. Not for sanity; for death. “One representative shouted ‘Let liberty ring!’ before making the sound of loading a gun and asking his colleagues to support the bill,” the Herald reported. Of course, most of them did. The “bill” (or memorial) was passed by a wider than expected margin of 81-36, partially because some Democrats thought this idiocy was necessary. Wait, what?

“I’m curious as to why at least five Florida House Democrats voted in favor of sending a memorial to Congress opposing federal gun legislation, including background checks,” Orange County Tax Collector and local Democratic Party chair Scott Randolph posted on his Facebook account. “Can someone in Tallahassee explain this vote to me? Republicans making childish gun noises and you voting with them. We wonder why we can’t motivate others as a party.”

Indeed, a handful of Democrats – among them Rep. Linda Stewart, D-Orlando – did hit the green “Y” button, and a couple of them took to Randolph’s post to defend themselves. Except they couldn’t, really.

Stewart, specifically, made the mistake of writing something to the effect of “we had 66 bills today,” as a means of defending why she hadn’t quite read this one. Also, “leadership” told her it was fine. When we called her about it, it got even cloudier.

“It’s not as bad as everyone says,” she says. “It has things about background checks in it.”

It doesn’t. We’ve read it. Regardless, Stewart righted her wrong by symbolically switching her vote the next day to the negative. Not that it matters. We’ll be hearing Republicans making gun noises for at least another year – or at least until the next national tragedy shakes us senseless.