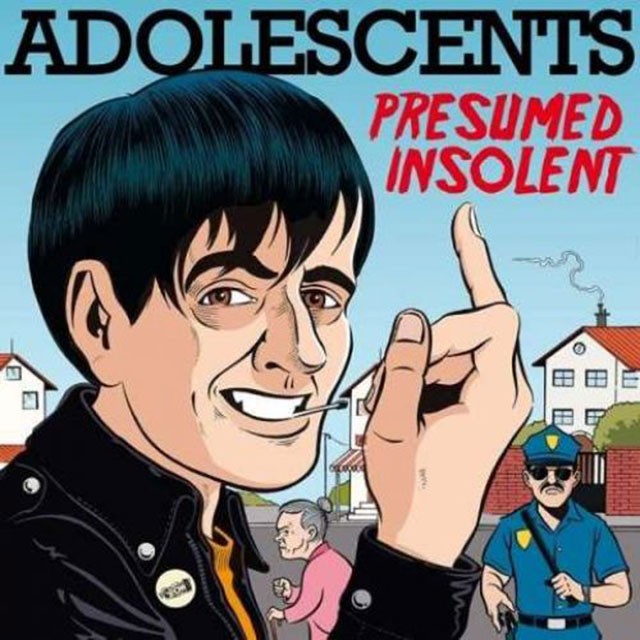 This is a step up from their last blah-fest, 2011’s The Fastest Kid Alive. Presumed Insolent presents a cleaner, sharper Adolescents who ostensibly had more time to practice their latest batch of twangy trad-punk rants. This material’s still not in the same arena as the Ads’ self-titled ’81 debut, the album that made Tony Reflex and his boys the heroes of every skate rat in SoCal, but calling the new album’s returns diminished isn’t entirely fair. Real talk: “Forever Summer” is a hot enough bird-flip to fit seamlessly into Search for Animal Chin 2 (should the Bones Brigade ever reunite), “300 Cranes” has a lead hotter than Bob Stinson’s last urinary infection, and “Broken Window” is worth a sincere sneer or two. Bonus points for running wild with the wordplay in titles such as “Dissatisfaction Guaranteed” and “Snaggletooth and Nail.”