Movies playing in Orlando this week 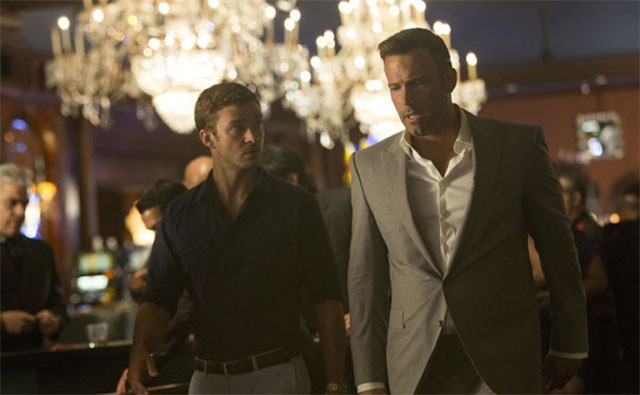 Runner Runner The most hated man on the Internet, Ben Affleck, takes on the role of an Internet gambling tycoon who attempts to conscript a Princeton student who blames him for cleaning him out at poker. Before you make plans to throw a Christian Bale bobblehead at the screen, remember that director Brad Furman is the guy who turned Matthew McConaughey into a respected screen presence with The Lincoln Lawyer – and if he can do that for cinema’s hacky-sack hack, there’s no telling what he can do with Affleck. Plus, screenwriters Brian Koppelman and David Levien showed that they really know their card-playing with Rounders – which just happens to have included a strong performance by Affleck’s similarly reviled BFF Matt Damon. I love it when a vindication plan comes together. (R) – Steve Schneider

Also playing
Rush This dramatization of a 1970s auto-racing rivalry sure has a creative pedigree: Direction by Ron Howard. Screenplay by Peter Morgan. (The Queen; Frost/Nixon). Starring performance by Chris Hemsworth (Thor). But the aspect local audiences will be most impressed by is the involvement of Orlando expat Ben Rock (who, as production designer on The Blair Witch Project, designed the once-ubiquitous “stick man” totem). In the Rush credits, Rock is listed as “conceptual researcher”; via Facebook, he’s clarified that this denotes having “participated peripherally in the design phase, production, and a little in the marketing” of the film. In other words, his contribution was so critical that if the picture underperforms, he’ll never work again! So see it as soon as you can, and keep the industry safe for conceptual researchers everywhere. (R) – SS

Baggage Claim Writer/director/playwright David E. Talbert offers a forward-looking piece of social commentary in which a young woman (Paula Patton) who’s desperate to get engaged spends a month looking for the right guy on board a series of commercial airplanes. As the ’bots on MST3K once put it, “We’d just like to apologize to everybody for this.” (PG-13) – SS