Guitar-percussion duo proves that chamber music is far from stuffy 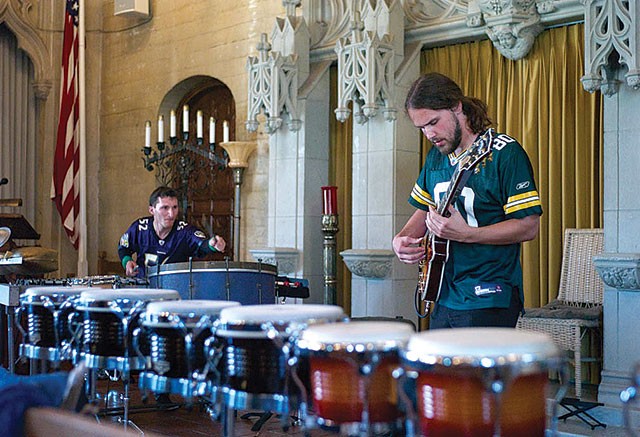 Accidental Music Festival’s Christopher Belt says, “We are incredibly lucky that the show worked out with their schedule and our switch to a concert series format. These guys are trailblazers in the DIY classical scene and are working with fantastic composers.” This Florida show features four pieces, all of them East Coast premieres and two of them world premieres: “The bell, the ball, the bow-tie and the boot,” by Jonathan Pfeffer; “North Pacific Garbage Patch,” by Damon Waitkus; “Inkless Imagination 8,” by Luciano Chessa; and “Pasturing (Reprise),” by Jacob Cooper. Below, see video of the Living Earth Show performing “Drift,” by Jude Traxler.