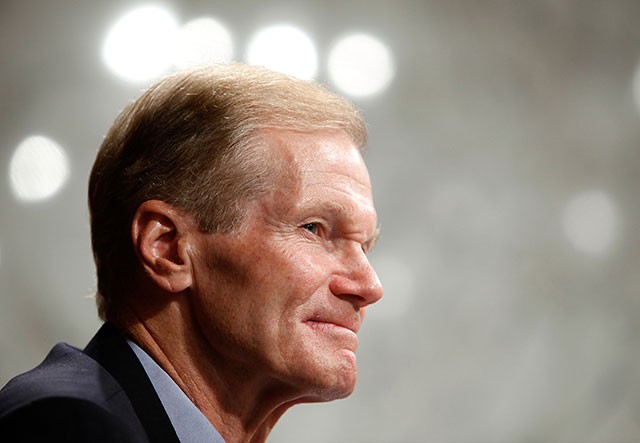 Number of U.S. citizens who have signed up on the Affordable Care Act’s state and federal marketplaces as of April 15, according to President Barack Obama

Estimated number of uninsured Floridians, with more than 700,000 of them falling into the Medicaid-expansion gap that keeps them from getting federal subsidies or qualifying for Medicaid

Amount Senator Bill Nelson, D-Florida, is proposing that 32 Florida counties – which currently draw on local funds to boost Medicaid funding at their hospitals – redirect toward drawing down the $51 billion in federal Medicaid-expansion funding currently being refused by the Florida legislature

Would that we could say that this was the week that changed everything in the Tallahassee hive mind – the legislative session ends on May 2, after all, so the bourbon is almost dry – and all the rainbows and tulips and daisies of beautiful, magnanimous reason bled into the background creating a logical sight to behold: Medicaid expansion.

It wasn’t that week. But it was a week of some boat-rocking, some deal-making, some games of telephone in which messages got crossed like so many strings attached to so many cups resulting in confusing missives that, in the end, don’t seem to indicate that there will be a Hail Mary save for the working poor in this state. It’s just a governmental kaleidoscope. Look at all the moving parts. It’s the journey, not the destination.

Because this argument is becoming more like a young-adult fantasy novel than a political debate (scratch that; one and the same), the fact that U.S. Senator Bill Nelson from the stars and galaxies has been moving and shaking through his home state with a “secret plan” to fix all of this nonsense might not seem so strange. While some of us were hoping that would involve a shirtless House Speaker Will Weatherford, R-Wesley Chapel, tied up in a sling, it was really all more logical and yet somehow less decipherable than that. Thirty-two of Florida’s 67 counties currently utilize local funds to help increase Medicaid funding for the poor and indigent in their local hospitals (coincidentally, the federal government approved $2 billion in more funding for the so-called “low-income pool” on April 11). Nelson’s big scheme – which, as we’ve noted, has been in the Chamber of Secrets for weeks now – is to have those 32 counties pool their financial commitments to public hospitals in order to come up with the $3.5 billion the state would need in order to draw down the $51 billion that the Department of Health and Human Services has promised Florida in order for the state to expand its Medicaid program to include the more than 700,000 people in the “gap,” should the state be so inclined.

The state, as you know, has not been so inclined. Weatherford has maintained his argument that the feds can’t be trusted – because he’s a shirtless cattle rancher in Nevada, apparently – and the issue has yet to be addressed officially by the Legislature this year. As we documented a couple of weeks ago, the consequences of this are lethal (“Falling into the gap,” April 9), if not just inhumane.

But political pressure is mounting. When our story became a sort of small-town plank in the national Democratic talking points – in addition to becoming a banged drum on MSNBC – conservative magazine the National Review went out of its way to say how much of a non-story that of Charlene Dill, the deceased mother of three who we profiled, was. It did that by writing a story about it and culling together all of the MSNBC clips on its website while saying it didn’t matter. Thanks, guys.

Anyway, the pressure to do something, anything, everything about this flagrant abuse of power (via a game of legislative chicken) did force Senate President Don Gaetz, R-Niceville, to respond to Nelson’s “secret” think-local volley.

“As you know, the Florida Senate developed and passed a bill in 2013 that would have created a premium assistance plan as a way to expand coverage,” Gaetz wrote to Florida’s Democratic U.S. Sen. Bill Nelson on Thursday, according to the Miami Herald. “Subsequent to that action, we appealed to Secretary Sebelius for greater flexibility as a solution to the concerns that prevented an agreement ... on this important issue. Her response reiterated the previously issued rigid regulations. Now we are reaching out to Sylvia Burwell, the nominee to replace Secretary Sebelius, to ask her to reconsider several specific policies that block expansion in Florida and other states.”

But Gaetz, who worked to pass a compromise on the issue last year and failed, wants something more “market-based,” reportedly, basically using the same rhetoric from Weatherford’s idiot ranch: that the gubmint is gonna getcha. On April 18 in Winter Springs, Gov. Rick Scott swiftly dodged a question on the matter, pointing to other Medicaid reform passed in 2011 (and signifying nothing) before dropping the mic and walking away.

Meanwhile, somewhere in Florida, somebody else who didn’t have to die just died.