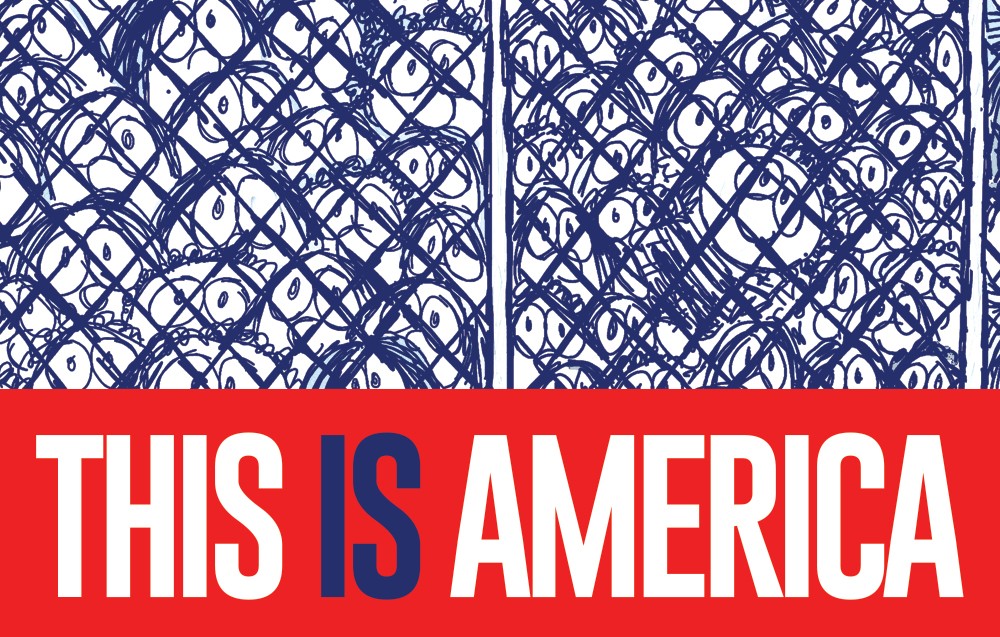 To fully reckon with the depth and magnitude of the intellectual rot and moral depravity we stared in the face last week, as the White House callously ripped screaming children from their mothers and erected kiddie concentration camps – sorry, "tender-age shelters" – in South Texas, offering patently absurd and constantly shifting justifications and outright lies all the while, we must first reckon with the fact that American immigration policy is and has been capricious and awful since long before Donald Trump began ranting about Mexican rapists.

First things first: Progressives need to admit that, DACA aside, Barack Obama was pretty terrible on immigration. He deported more than 2.5 million people. He also detained children, especially after an unprecedented surge of families and unaccompanied minors fleeing poverty and violence to seek asylum in the U.S. in 2014; the ones who came with their parents were detained with their parents, while the ones who came alone were held in juvenile facilities. After immigration advocates sued, his administration fought (unsuccessfully) a 2015 court order preventing immigration authorities from holding children for longer than 20 days.

For Obama, this ruling presented a dilemma: If you don't want to separate children from parents – his administration did so only in exceptional circumstances – and you can't hold children for longer than 20 days, that meant you had to let the entire family go while their immigration cases played out, a process that can take years.

Where Obama saw a dilemma, however, Trump saw leverage. He had no qualms about breaking up families or using kids as bargaining chips. Along with virulently anti-immigrant U.S. Attorney General Jeff Sessions and alt-right poster boy Stephen Miller, a senior adviser, the president had found an opportunity to get what he really wanted: a border wall to satisfy his own narcissism and strict limits on legal immigration to appease the Breitbart crew.

In April, Sessions announced that, whereas previous administrations had generally declined to press criminal charges against people who entered the country illegally, the Trump administration would do so in every case. (Being undocumented in the U.S. isn't a crime; it's a civil matter handled in immigration courts. Crossing the border in between official ports of entry, however, is a misdemeanor.) And because the administration can't hold kids with their parents indefinitely, it separated more than 2,300 of them over the next two months, turning them into unaccompanied minors (of which there are now nearly 12,000), detaining them, and sometimes shipping them off to, as chief of staff John Kelly elegantly phrased it, "foster care or whatever."

The images of small children snatched from their families and stashed in makeshift cages – especially a gut-wrenching recording of dozens of children crying and screaming while a Border Patrol agent laughs about an orchestra missing its conductor – that emerged last week proved too much for the American conscience to stand. Pressure mounted, and on Wednesday, Trump – whose administration had alternately defended the policy as biblically ordained, denied its existence, claimed it was the Democrats' fault, and said the president was powerless to stop it – signed an executive order ending it, at least for now.

There are still loose ends to be tied. On Thursday, the Washington Post reported that Border Patrol officials would no longer refer border crossers with children for prosecution, though the ultimate decision to prosecute resides with the Department of Justice. At the same time, the president has insisted that zero tolerance is still in effect. The court order is also still in effect. Unless one of those things changes, it's not entirely clear what will happen.

In addition, because the Trump administration is as incompetent as it is cruel, it's uncertain when – or even whether, or how – many of the 2,300 taken children will be reunited with their parents. The executive order doesn't apply to them.

None of this was necessary.

First, we should understand America's role in fomenting the crisis Trump is purporting to address. People are fleeing the northern triangle of Central America because of endemic poverty and rampant violence. In each of these three countries, you can see American hands at work: We overthrew the democratically elected government in Guatemala in 1954, setting off decades of civil war. Today, the American appetite for narcotics combined with our war on drugs fuels the cartels in Honduras. We funded El Salvador's long war with a left-wing guerrilla group and right-wing death squads in Honduras. And the MS-13 gang ravaging El Salvador? It began on the streets of California.

Which is to say, this situation didn't arise in a vacuum, and America is not without responsibility – which in turn suggests the need for a kinder refugee policy than fearmongering and slamming the door shut. Indeed, we know that immigrants, both legal and otherwise, commit crimes at lower rates than native-born Americans, and that states with more undocumented immigrants have lower crime rates. Contra Trump's rhetoric, all available evidence suggests that asylum seekers aren't dangerous.

But even for hardliners, there are better ways to do the job. Trump just doesn't want to use them.

Last year, in the name of budget cuts, the Trump administration spiked a case-management program in which 99 percent of participants showed up for their immigration court dates, even those who were deported. There are also equally successful ankle-monitoring and phone check-in programs.

In short, you don't have to detain women and children. You do it because you want to. You do it to send a message. And the message the administration clearly wants to send is that refugees – and immigrants, more generally – are not welcome here.

Some examples: On June 11, Sessions announced new limitations on asylum; no longer would petitions be granted on the basis of domestic abuse or gang violence, which he shrugged off as "personal crimes." All year, the president has insisted that any immigration reform must curtail legal immigration and halt family reunification. Just last week, Trump took to Twitter to bemoan our "ridiculous immigration laws," which "let people come into our country based on the legal phrase they are told to say as their password." (The so-called password: "I request asylum.")

In the president's view, these Latino migrants "infest our Country," like they're rodents or cockroaches – creatures that humans eradicate. He tweeted Friday, "We cannot allow our Country to be overrun by illegal immigrants as the Democrats tell their phony stories of sadness and grief." (Melania was more succinct: "I REALLY DON'T CARE, DO U?")

To deny the racism undergirding this policy – the same throughline that connects the Muslim ban, Trump's comments about good white supremacists in Charlottesville, his remark about "shithole countries" in Africa, and so on – is to be willfully blind to the reality in front of your eyes.

But we're also deluding ourselves if we pretend that Trump is an aberration, that American history isn't rife with the sort of indifferent bigotry on display last week. From slavery to Jim Crow, from the slaughter of Native Americans to Japanese-American internment camps, from the exploitation of immigrants to the institutional discrimination against Jewish, Catholic, Irish, Italian, Chinese, Hispanic and LGBTQ people, too many Americans have too often been comfortable and complicit as marginalized groups were targeted by bigots and made scapegoats by demagogues.

We tell ourselves that we're better than this. And it's true that sensibilities evolve and the arc of the moral universe, though long, bends toward justice. The images of children in cages prompted a backlash that even Trump, as stubborn as he is, couldn't ignore. A record 75 percent of Americans say immigration is a good thing, and four in five want to give Dreamers a path to citizenship. That's progress.

Then again, Trump telegraphed his antipathy toward immigrants and Hispanics from the outset – made it a centerpiece of his campaign, in fact – and was elected anyway. Sixty-three million people looked a racist dead in the eye and said, "OK."

This revanchist tide that found an avatar in Donald Trump will ebb eventually, by the attrition of mortality if nothing else. But there will come another tide, another marginalized group, another demagogue.

Right now, we've reached an inflection point that will tell us a lot about how we will respond. Having seen the horror show that Trumpism represents, will Americans reject it? Or will we let the outrage of this moment pass, forget about the kids lost in the system, and hope the Dow climbs?