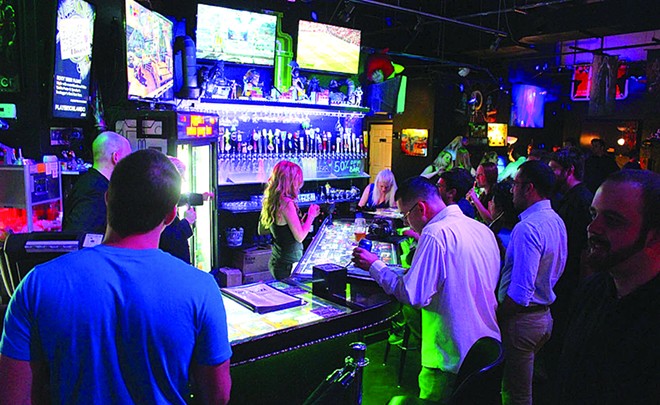 Within months of opening their doors in 2013, the owners of Player One were already talking about their expansion plans. Now, five years later, those plans are finally happening.

Over the the video game bar has become a hit with both locals and tourists. Guests pay a single cover and then have free play on the games, which range from old-school Atari systems to full-on arcade cabinets.

Its location just off Disney property, and a quick drive from Universal Orlando, has made the bar a hotspot for hospitality workers looking to relax.

Now the bar has announced plans for a second location in Las Vegas.

Player One has become a must-stop for attendees of Orlando’s numerous pop culture-focused conventions, so Las Vegas isn’t that surprising of a choice for their second location.

In an interview with Orlando Weekly in January 2014, Player One owner Jeff Benoit explained the bar’s thinking behind its expansion plans: “We’re planning on opening Player Ones all across the country. We wanted a location where people visiting Orlando could get the chance to experience Player One and help us decide where the next location should be, depending on how many people are wanting one in their .”

The Orlando location serves beer and cider strictly, but the bar’s rotating craft beer selection, spread across 150 different bottles and 36 taps, stands up against Orlando’s more well-known beer bars. It also is home to one of the region’s best mead selections and more than three dozen ciders round out the menu.

The new Vegas outpost will open by the end of the year. No details on location, exact opening date, or drink selection have been shared.