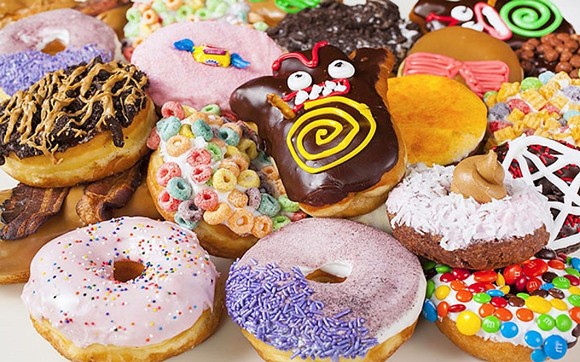 They haven't announced an opening date more specific than "spring" yet, but today Universal released the 50-strong flavor menu for Voodoo Doughnut. 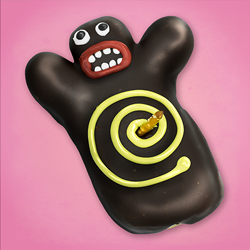 The Universal CityWalk location may not be serving Voodoo's infamous NyQuil doughnut, but we'll be able to get our paws on the vaunted Bacon Maple Bar, Voodoo Doll and my personal favorite, the Triple Chocolate (chocolate devil's-food cake doughnut, chocolate frosting, Cocoa Puffs).

Over-the-top creations like the Memphis Mafia Fritter (fried-dough doughnut with banana chunks and cinnamon covered in glaze, drizzled in chocolate and peanut butter, with peanuts and chocolate chips on top) are the kind of insane combos that made Voodoo's reputation. Vegans will be thrilled to know there will also be 13 vegan choices, including the Vegan ODB (vegan cake doughnut with chocolate frosting, Oreo cookies and peanut butter). 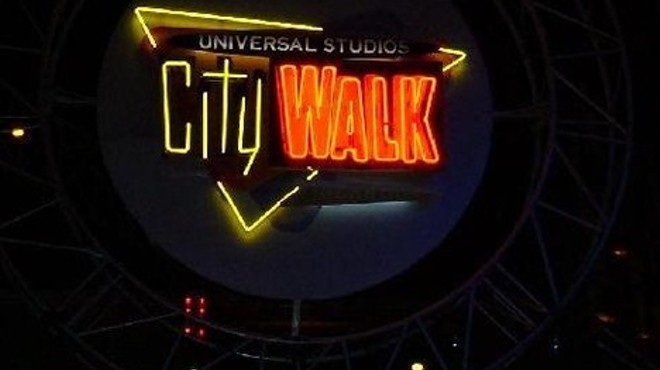