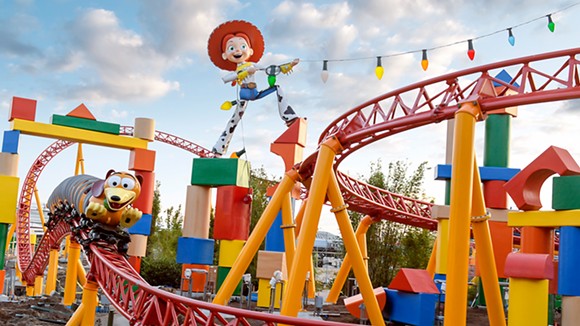 Photo via Disney
Get ready to get lost in Andy's backyard.

The new 11-acre land will feature two new rides: Slinky Dog Dash, which Disney says will be a family coaster, and Alien Swirling Saucers, an updated version of a whip ride with a massive claw hanging over your head.