Rollins graduate Mister Rogers will finally get his own stamp 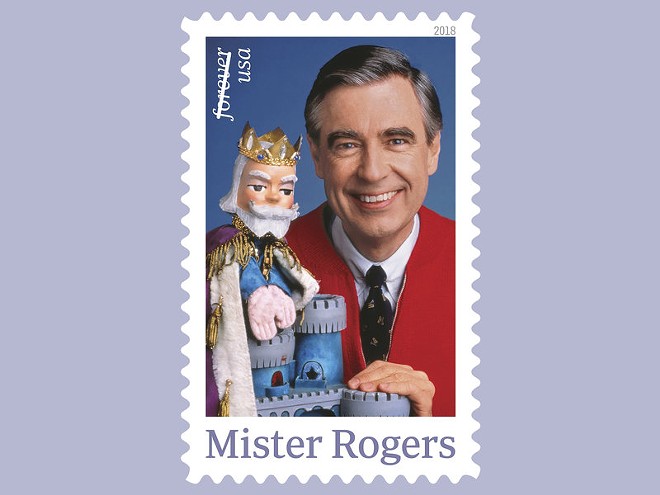 USPS
America's favorite neighbor is making a comeback … on your mail.

The U.S. Postal Service announced that it will release a "Forever Stamp" dedicated to Fred Rogers, also known as Mister Rogers.

The stamp, which features Rogers and King Friday, will be released on March 23, 50 years after the airing of his popular children's show. The stamp will be revealed at a ceremony in WQED's Fred Rogers Studio in Pittsburgh.

Rogers transferred to Rollins College, where he earned a degree in music composition, in 1951. As a Rollins student, he was motivated by the phrase "Life Is for Service," which is engraved in marble and mounted on the wall near Strong Hall.

Rogers and his wife, Joanne Byrd Rogers, met at Rollins. The couple had a home in Winter Park to escape the cold winters in Pittsburgh.

During his show's roughly 30-year run from 1968 to 2001, Fred Rogers
became a family icon along with his trademark cardigan sweater and sneakers. Fun fact: One of his cardigans and a pair of his shoes are held in the Rollins College archives.

According to NPR, the USPS receives about 40,000 suggestions for stamps each year. The process of selecting a new stamp usually takes about three years.

Rogers died in 2003 at the age of 74 after suffering stomach cancer.