‘A living wage is not a gift. One dollar is not enough. We make your magic.’

Union Disney World workers in Orlando are mobilizing their fellow cast members to reject the latest contract proposal from the Walt Disney company in a vote this week. The Service Trades Council Union, a coalition of six labor unions representing about 45,000 Disney World workers in Orlando, is urging full-time cast members to reject Disney's "best offer," as the unions work to negotiate a new collective bargaining agreement with the multinational conglomerate... 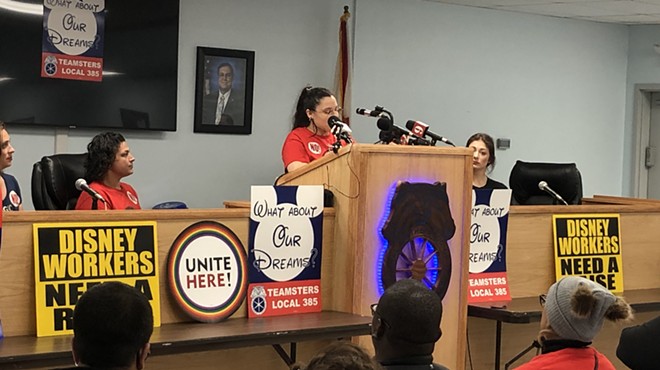