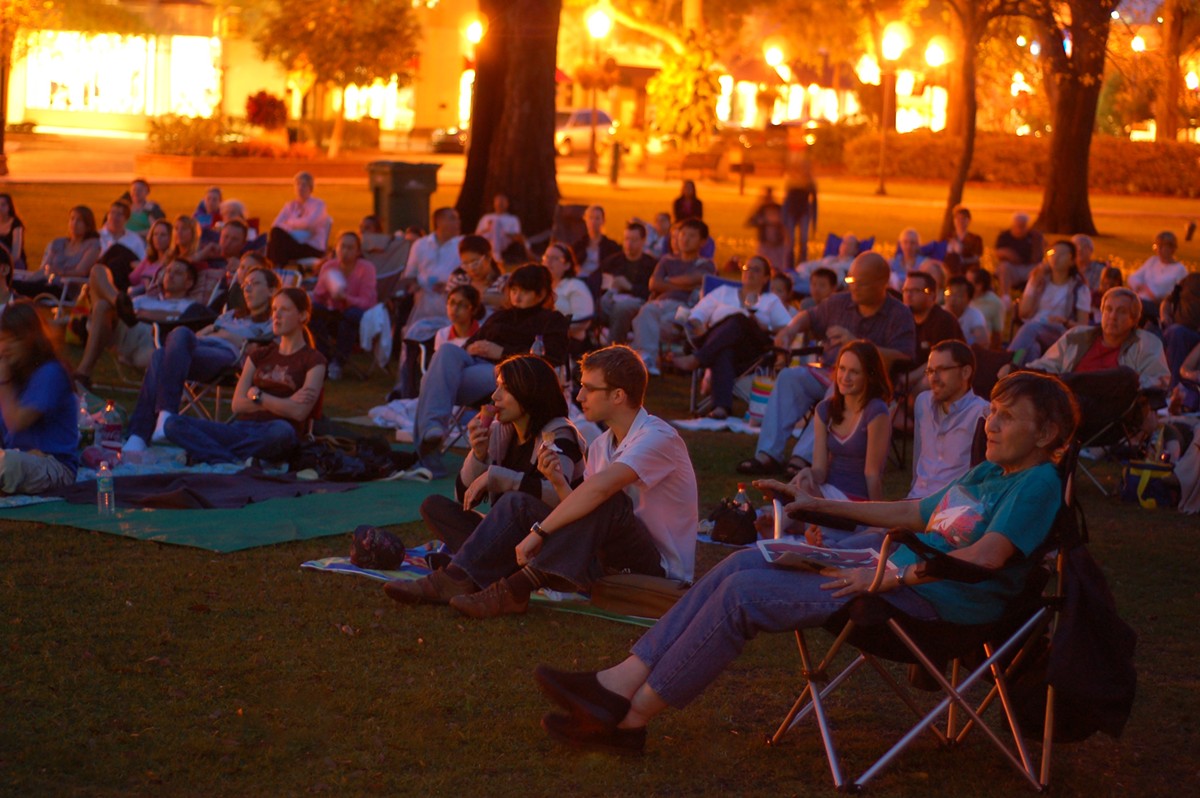 Popcorn Flicks In the Park

This film series at Will's Pub on the first Sunday of each month is based around the idea of sharing brunch with strangers as you all watch critically acclaimed films designed to make you squirm, like Pink Flamingos or Shame.

More Q Than A

Popcorn Flicks in the Park

Those who miss picnicking on the Enzian's lawn for their Wednesday Night Pitcher Shows should check out their free monthly offerings in downtown Winter Park every second Thursday. Central Park, Park Avenue and Morse Boulevard, Winter Park, 407-629-0054, enzian.org

The film fest with a heart of gold, this annual series is dedicated to movies that address issues relating to conflicts around the world and the people trying to solve them (Sept. 19-25, 2016). Locations to be announced; peacefilmfest.org