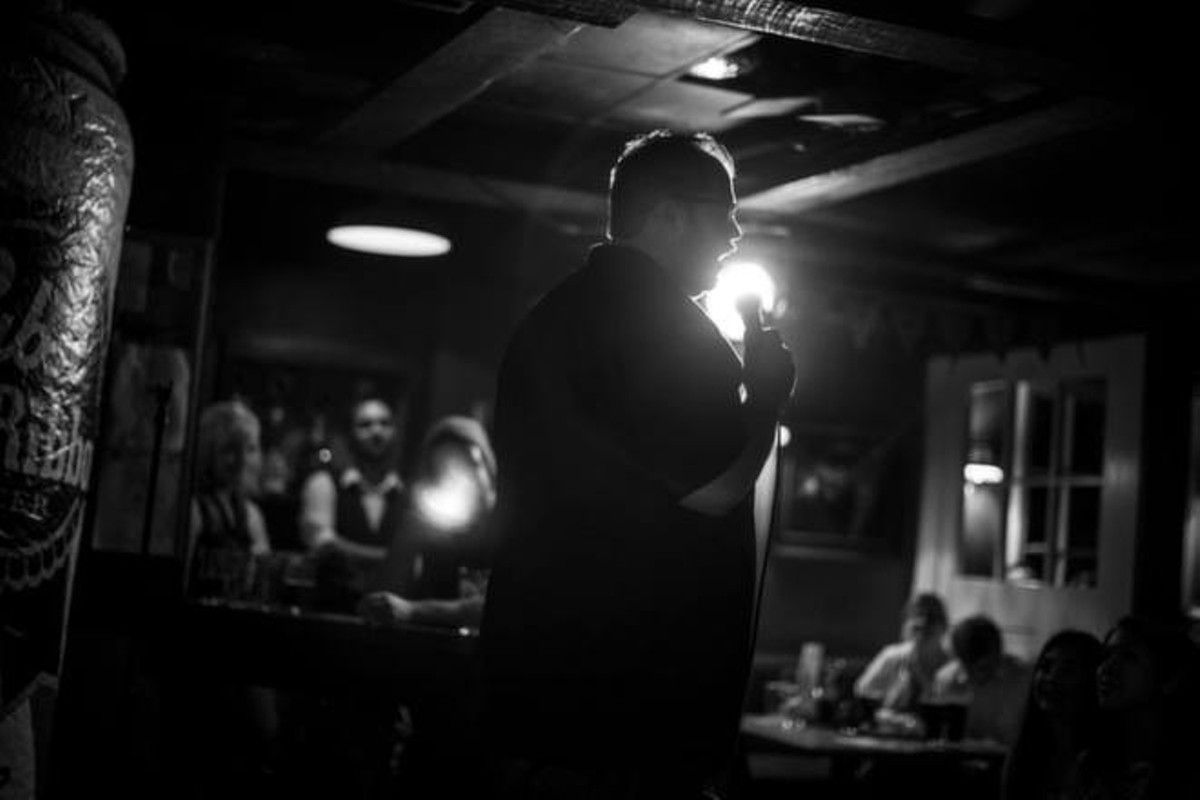 Orlando's Alex Luchun performs at the Bull and Bush.

6 ways to get into Orlando's thriving comedy scene

Orlando's comedy scene has experienced tremendous growth within the last four years. Clubs like the Improv and SAK continue to shine, but the city's independent comedians have created their own shows in bars, coffee houses and music venues to offer something off the beaten path. The introduction of the annual Orlando Indie Comedy Festival in 2014 gave Orlando comedy well-deserved national recognition, and the city continues to foster new talent and attract big names looking for fresh performance spaces.

Every January, this four-day celebration showcases the best up-and-coming comics from across the country. Specialty shows like mixed-format comedy challenge Late Late Breakfast, shame-themed storytelling show We Still Like You and Atlanta favorite Underwear Comedy Party make the trip down every year. Past headliners have included Kyle Kinane, Eddie Pepitone, Sean Patton, Jackie Kashian and "Liberal Redneck" Trae Crowder. A portion of the fest's proceeds goes to charity – past recipients have included the ACLU and NAMI of Greater Orlando.

Orlando's first open mic is still going strong every Sunday evening. Comics perform to a packed house, with overflow audience members often cramming into seats onstage. This scene staple is great way to see up-and-comers hone their craft or chat with other jokers if you're giving stand-up a try yourself.

A vital stop for newbies and veterans alike, this Friday-night mic boasts local talent worthy of a booked showcase. The coffee-shop atmosphere is a great litmus test to see if a joke works in front of a sober audience, as opposed to the two-drink minimum crowds of mainstream comedy clubs. Host Heather Shaw calls 'em like she sees 'em, keeping comics on their feet with zingers between sets.

Located in the heart of downtown Orlando, SAK is a comedy school and club rolled into one that's churned out the likes of Paula Pell and Wayne Brady. Local SNL hopefuls say "yes, and" to improv classes, and visitors enjoy long-running shows like Gorilla Theatre (professional improvisers in a family-friendly show) and Punslingers (a battle for the best groan-inducing puns).

The City Beautiful's first indie showcase remains one of its best. Hosted by Tom and Dan news correspondent Ross McCoy and lovable beardo Doug McPherson, Shit Sandwich packs out the Bull & Bush well before the show starts. Lineups include promising new comics cutting their teeth and scene staples returning for more laughs. Each show also features a toast to the late Matt Gersting, who started Shit Sandwich and was integral in kick-starting Orlando's indie scene.