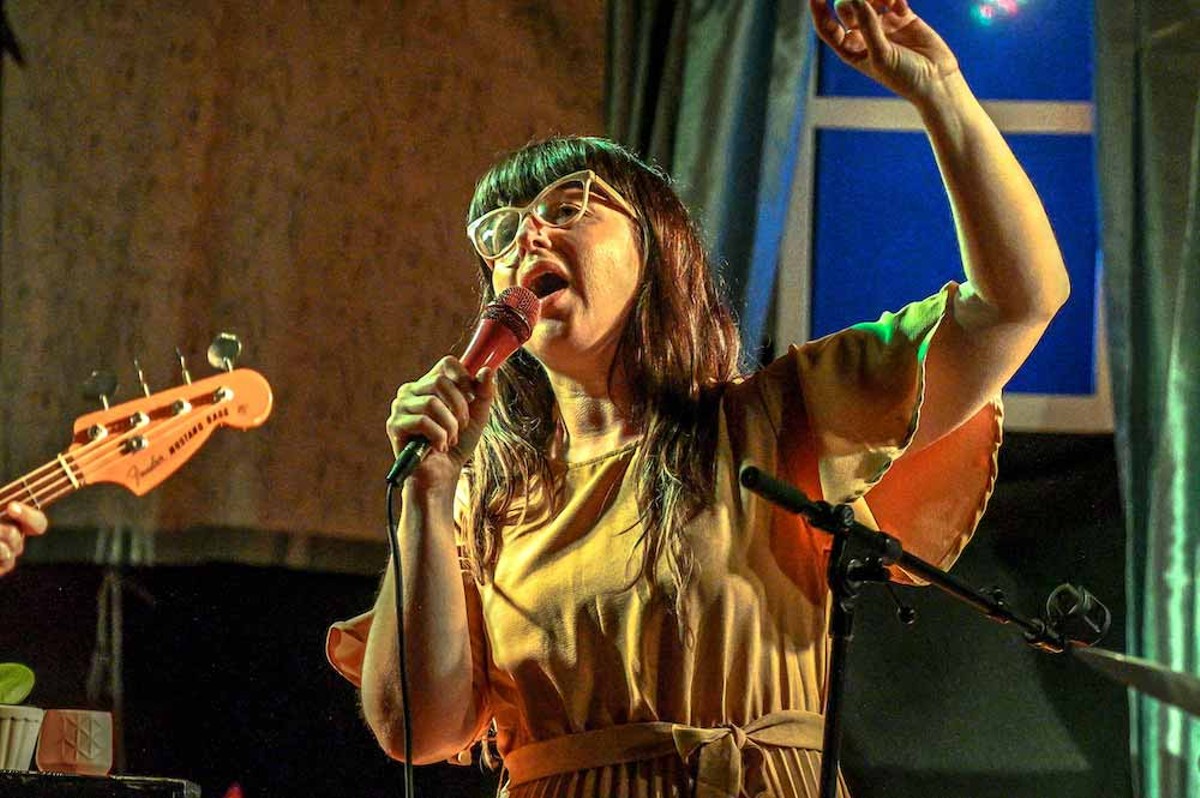 If you're here with me, that means we're the lucky ones still standing. Appreciate that for a good, long moment. And now let's appreciate some others in the Orlando music scene who not only persevered but shined brightly this year.

It's difficult to imagine that someone of Tough's wide-ranging experience and creativity in music wouldn't eventually need to make their own personal artistic statement. And so the longtime Pauses frontwoman finally did this year with solo debut A Farce to Reckon With. It's a softer, more intimate indie-pop setting that spotlights the full nuance and character of Tough's famously lovely voice. Familiar diamond, new shine.

When gun violence took the young life of local electronic scene figure Alex Hwang Jones in the summer of 2020, his mother — local artist Mimi Hwang — and friends formed the nonprofit Jonesy Collective to keep his memory alive through art and activism. This year, they officially emerged with two music compilations that raised money for groups like the Zebra Coalition, Arbor Day Foundation and One Tree Planted.

Most Orlando music video: Tonstartssbandht's "What Has Happened"

Mexican Summer recording act Tonstartssbandht are one of Orlando's most notable breakout bands, with a career that's allowed them to practically live on the road. But the pandemic beached them back home here where they found unprecedented time to bask in their native milieu and single-mindedly craft this year's Petunia, their most focused album to date. And the video for lead single "What Has Happened" — a dreamy montage of unmistakably local scenes and images — is an enchanting visual manifestation of this album's essence and vibe.

Because of the sheer volume, range and quality they demonstrated this year, Alien Witch made this column a record number of times. Over the course of 12 releases in 2021 — nearly all of them full LPs — their sound spanned rock, electronic, piano, acoustic and ambient, all while maintaining their bleak no-wave allure. I eventually had to resist writing about them for the sake of some balance, but AW definitely deserves applause for a year of staggering output.

Oh, I didn't say I was done writing about Alien Witch. In May, they released an album titled Suicide Lullabies. Thing is, I had just written those exact words the month prior to describe their previous album, In High Command. When I asked AW about the brow-raising coincidence, they copped to ripping me off. Well, that's a first for me, and I am so OK with it.

To us old scenesters — er, original gangsters — the name Independent Bar always sounded simultaneously generic and obvious. But cosmic balance was at long last restored this year when the legendary downtown nightclub suddenly returned to its former iconic name.

When Soundbar opened in 2018, it was a new lease on life for Backbooth's venerable downtown stage. The new club quickly invested in major upgrades that positioned it to be a contender once again, earning a 2019 Undie for "Best stage makeover." But the lethal combination of pandemic and landlord problems forced the aspiring venue to close just this month, dealing the scene a big loss.

Sadly, the Orlando music community lost one of its most veteran figures with the summer passing of Jim O'Rourke, a longtime musician and universally beloved scene presence. Rest in rock, Jim.