Executive Chef at Norman's at the Ritz-Carlton Grande Lakes 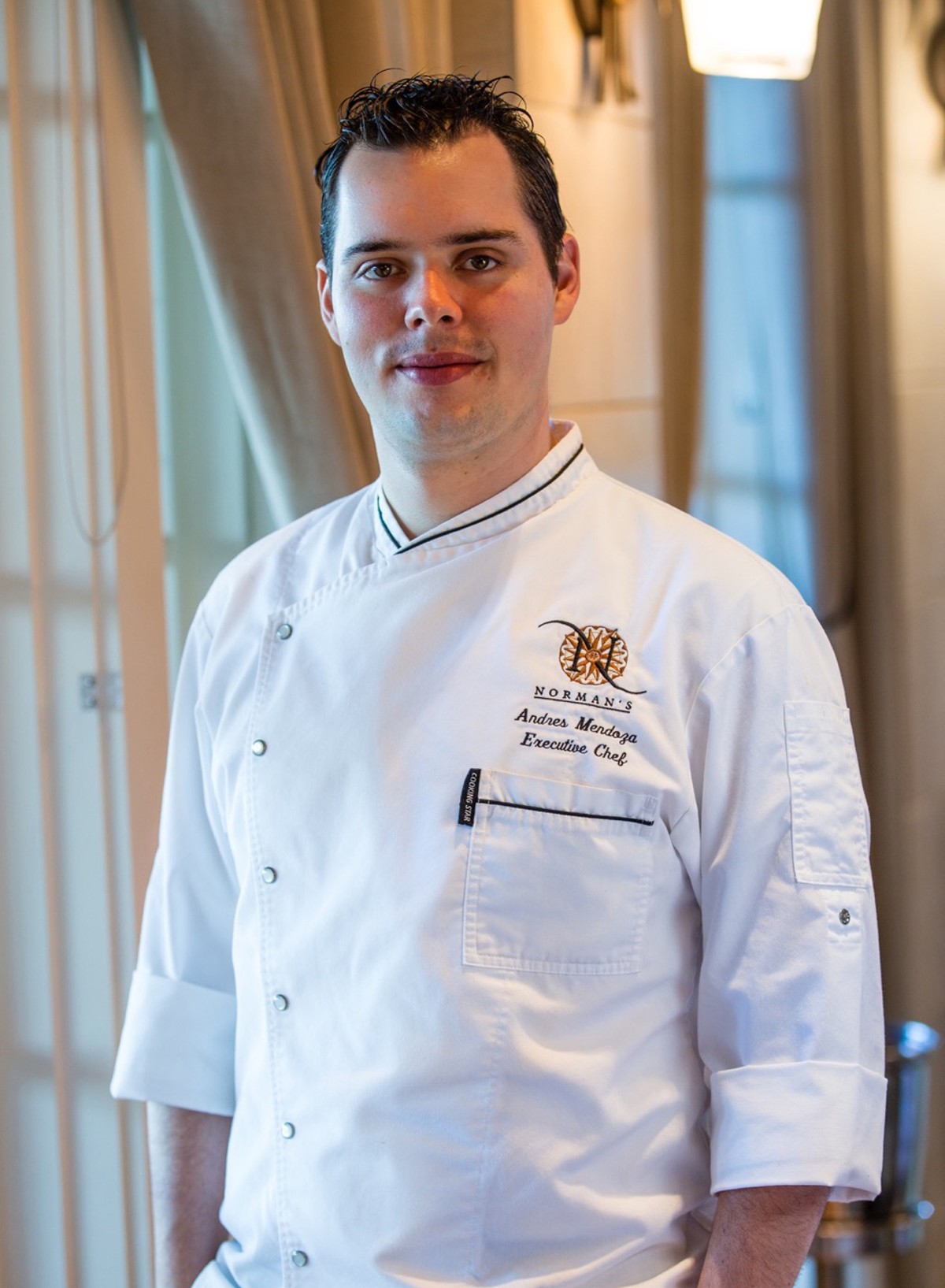 On his day off (when he takes one), you might find chef Andres Mendoza strolling one of Orlando's myriad ethnic supermarkets in search of the next ingredient to inspire a dish at Norman's at the Ritz-Carlton Grande Lakes. Helmed by one of the original kitchen kings, Norman Van Aken (godfather of the Floribbean movement), the James Beard-nominated Latin-fusion temple gives a fine-dining experience as authentically elegant as at any big-city brasserie, but with decidedly more Caribbean, Central and South American flair.

Like many chefs, Mendoza credits his mom for instilling a love of cooking, but not in the typical "tugging at the apron strings" way. For Mendoza's mother, cooking was punitive. "When I began high school, I became an expert at causing trouble. As punishment, my mom would make me help her cook lunch. What she didn't know was I started to enjoy cooking and spending time in the kitchen," he recalls. After moving to the U.S. in 2006, he started working as a dishwasher. His interest in cooking continued to grow, and in 2008, he enrolled at the Le Cordon Bleu College of Culinary Arts. After two years spent in chef Phillip Ponticelli's crew at Citricos at the Grand Floridian, he joined the team at Norman's as chef de partie. The fit was immediate, he says. "I identified heavily with the 'New World' cuisine. The ingredients, the atmosphere, even the smells in the kitchen made me feel at home."

Mendoza, now the executive chef at Norman's, brings his roots to the menu here, along with a healthy appetite for innovation. "Recently I was on the hunt for huitlacoche, the Mexican corn fungus. It was nowhere to be found anywhere in town," he says. "That's when I thought to myself, 'What is huitlacoche? It's just a fungus,' so I started to experiment with other fungi, specifically truffles. The completed dish is pan-seared cobia with sous-vide Zellwood Farms corn crema and fresh winter Périgord truffles." That kind of innovation is what gets Norman's noticed, and Mendoza is the engine behind the kitchen.

Like his mentor, Van Aken, Mendoza believes strongly in the historical and cultural implications of food. "I like to cook food that not only tastes and looks great, but tells a story," he says. He cites Van Aken as his biggest culinary and personal influence, not only admiring his knowledge of cuisine, but the way he presents himself as a chef and as a person.

Mendoza's ambitions lie in the perfection of his craft and continuing the comestible storytelling for which Norman's has garnered so much attention. "I express my own cultural history through my cooking. With each dish, I hope I'm sharing that culture and my passion for it with our guests," he says.