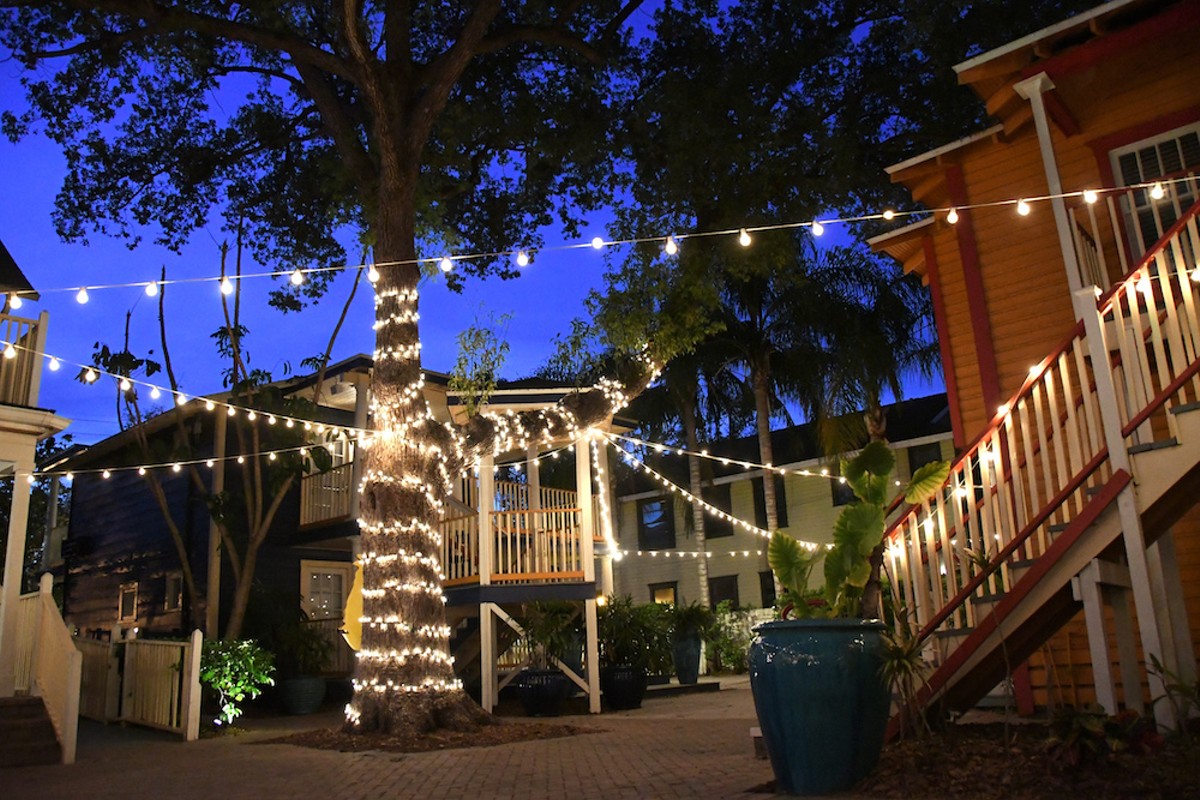 Almost everything within the tidy confines of Thornton Park looks new and shiny and nice. Unusually for this well-established drinking and dining district, it’s suddenly chock-full of new establishments, from fancy small plate restaurants to indie music venues, helping solidify the neighborhood’s reputation as one of the chicest citywide.

Open Tuesday through Thursday, from 9 a.m. to 5 p.m., the longtime Winter Park favorite has made its way over to Thornton to join the Falcon – one of Thornton Park's premier watering holes – as a permanent pop-up shop. Think of it as a sort of peace treaty for coffee and beer consumers.

For a late lunch or even later dinner, come here for an evening bite of something loud and brash. While there, be sure to try their delicious Holy Fried Chicken Sandwich – it's a cluck above the rest.

After more than 80 years in business, Burton's stands proud, though after a brief closure in 2017, the old-school mainstay is cleaner than ever before. So the bar itself isn't exactly new, but the Pulse-inspired mural featuring famous Orlando figures, such as the late Orlando Weekly patron saint Billy Manes, is a fresh addition.

We are definitely stretching things to include this spiffy redo of the old Handy Pantry in Thornton Park, but we couldn't let its arrival go unnoticed. The classic neighborhood convenience stop is now a one-stop-shop for picnicking, with sandwiches, wine and beer, cheese and more – and so conveniently located near Lake Eola Park! Start gearing up for Pride, boys.

At this Los Angeles-based chain ramen-ya, expect to get your bowls in a fast and furious fashion. Even better, Jinya's slick decor and lighting makes everyone look like they're in a K-Pop video.

The food's great, with an eclectic mix of small plates and larger-portion "shareables," from vegan pâté to bone marrow canoes. But the real treat is the hefty cocktail menu and the beer- and wine-tasting flights, paired with their delectable grub.

Open in the space next to Lake Eola that previously housed Spice Modern Steakhouse, Jacquelyn Angiulli's new eatery specializes in bruschetta, panini, flatbreads and other small plates – think of it as the Italian version of tapas.

The Veranda, long known as one of the most picturesque wedding and party venues in town, found new purpose when it began hosting live music, and voilà, the "Veranda Live" became a thing. And it proved to be the real thing during its spring concert series last year.