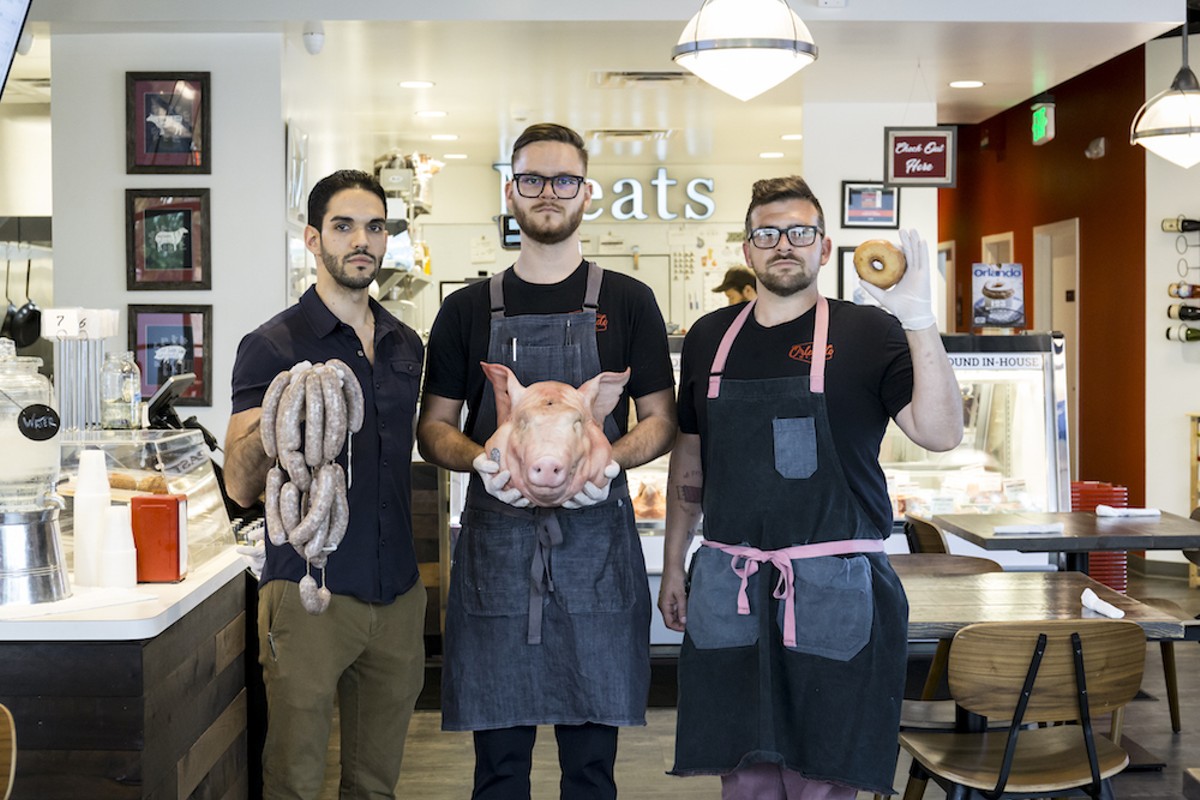 Edgar Massoni, owner and proprietor of Orlando Meats, isn't one to let accolades, honors and titles go to his head. After he opened his nose-to-tail butcher house and restaurant on Virginia Drive last year, the praise started pouring in. Early-adopter patrons duly Instagrammed many of their favorite dishes, only to find them off the menu on a subsequent visit. It's all part of Massoni's purposeful vision and not some mercurial ploy to keep guests guessing.

"Except for a few staples, most of our menu constantly changes and evolves," Massoni says. "It's already becoming known that our menu changes all the time and we're not afraid to kill crowd favorites. It's the best way to utilize all of our proteins efficiently, stay truly seasonal and maintain relevancy in a creative space."

It seems to be raising awareness of Orlando Meats, and given the meathouse has only been open for a year, awareness is precisely what Massoni hopes to garner. "It's really important for us now," he says. "However, we've dedicated ourselves to never defining borders or parameters, and our cooks are encouraged to explore and experiment with whatever excites them." No doubt Massoni, head butcher Raul Rubero, chef Eliot Hillis and sous chef Seth Parker have fallen down the proverbial rabbit hole more times than they can count, but, Massoni says, "It's worked very well for us in the creativity department."

That passion for innovation was nurtured after Massoni was introduced to former Txokos sous chef and current Luma chef de partie Peter Summers, who schooled the budding chef-restaurateur. "He recognized I had drive and desire, but saw I had bad habits and no real direction. He showed me what cooking with finesse could be and how to harness self-destructive behavior and transform it into something positive and productive," Massoni says.

He's come a long way since those "self-destructive" days and now happily plays the role of teacher to anyone who has a curiosity and a drive to learn: "Throughout my career, I've tried to be a resource of information and an example that there is freedom and joy in hard work. I'm not sure you can teach everyone to have the palate of a talented cook, but you can show that an iron work ethic pays off more often than not."