Mills 50 is a lot of things, but boring isn't one of them 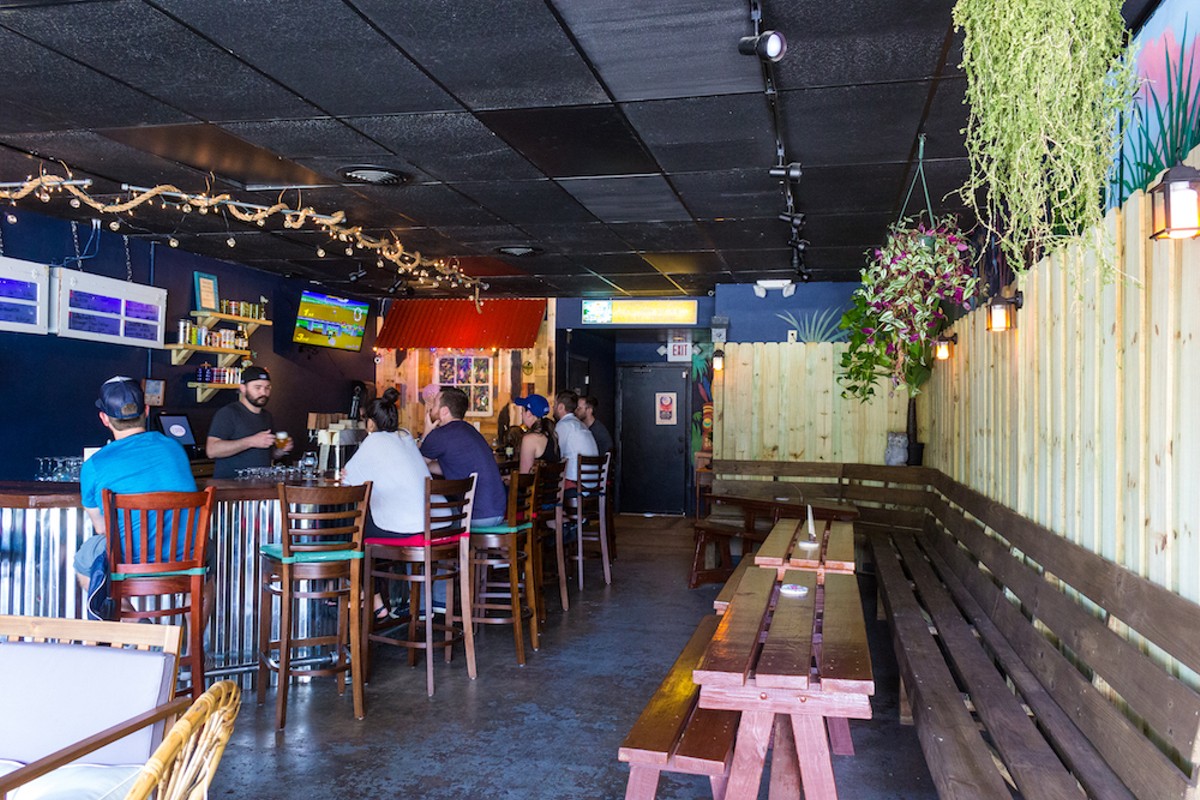 Oh, Mills 50 – many nights have we stumbled back and forth between St. Matthew’s Tavern and Lil’ Indies. But the neighborhood isn’t just a safe space for Orlando residents who are too hip to function without craft cocktails and third-wave coffee – it’s arguably the center of gay life in Orlando, and it retains its long-term underpinnings as the Asian restaurant epicenter. Keep an eye out for new ventures that hadn’t opened as of press time, like an unnamed-as-yet new bar next door to the Guesthouse from the same team, and Slice by Pizza Bruno, where you’ll be able to cop a more reasonable portion of Bruno Zacchini’s magical pies, rather than wolfing down a whole one (not that there’s anything wrong with that).

A caviar menu, a champagne list and table-side raclette service? Are we in Mills 50 or Paris? Actually, despite the fancy frills, Bites & Bubbles is a down-to-earth bistro dishing out French-inspired fare. Don't miss the cornmeal-crusted Gulf oysters, perfectly fried and set in their shells with a garlic aioli, if it's offered. The proprietors offer personable and, well, bubbly service as well.

So long BART, the former arcade bar. Hello, Conrad's Shanty – the product of local commercial realtor Colin Morrison, who describes his new drinkin' hole thus: "There's no food, just beer and wine. It's a bar." Well said. That's more than enough for anyone.

OK, it's been open for just over a year already, but in a neighborhood with limited coffee options, the second shop from the folks at Lineage Coffee Roasting was more than welcome.

The City Beautiful's tea contenders continue to pile up. But this Taiwanese bubble tea chain is the spot for the folks who are into the widest of flavor selections, from peach pulp to lychee tea to green apple and more.

Fresh off finishing an expansion late last year, the Center debuted its new space in September, which includes a classroom that'll also be used as a venue for the 2019 Fringe Festival, as well as five community offices and a library and a space for the LGBTQ Museum of Central Florida to call home.

The AHF Healthcare Center opened in 2017 as a means of helping address the rising number of new HIV diagnoses in Central Florida, as part of the AIDS Healthcare Foundation, the largest global AIDS organization.

The Art Gallery at Mills Park

Just admit it, you're a huge fan of cheese tea – sweet tea topped with a thick foam fashioned from cream cheese, milk and whipped cream. Not a fan of cheese tea? You will be. In the meantime, scaredy-cat, check out Royaltea's delicious boba tea instead.

Just one of the many new venue openings across town, the small hangout almost always offers karaoke and open jam nights. But it's the DIY music scene that really drives its low-key aesthetic.

Back from the dead – almost. Orlando decided 64 years of heavy pours at Wally's just wasn't enough after the establishment closed last year. The new owners say this time around there will be new lighting, the ability to take cards, and a slight reinvigoration with a general "tidying up." At press time, they were still tidying, but that wallpaper had better still be on the walls.