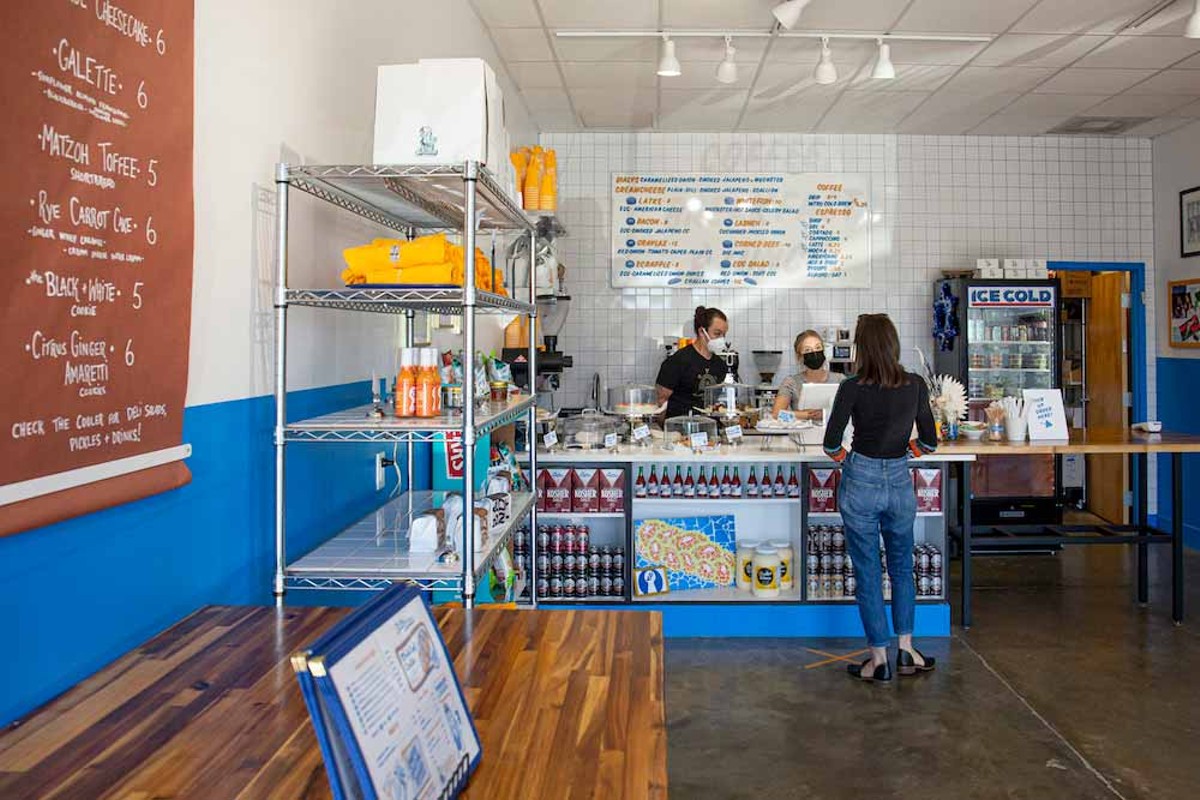 Deli Desires in Mills 50. With its wildly varied cuisines, Mills 50 is garnering the city a new rep as a culinary powerhouse. photo by Rob Bartlett

Orlando was long a place whose restaurant reputation preceded itself. If you visited “The Chain Capital of the World” in the ’80s, ’90s and early aughts, you very likely binged at the buffets of Ponderosa, scarfed the peanut butter pie at Bob Evans or went to town on the chicken-fried chicken at the Black-eyed Pea. Olive Garden and Red Lobster? Both were born right here in Central Florida. But over the last 20 years, Orlando hasn’t just freed itself from the shackles of the “Chain Capital” designation, it’s overhauled and reshaped its culinary image.

Disney, of course, had something to do with it. To this day, the Mouse continues to roar, luring newcomers and residents alike to such high-end bastions of gastronomy as Victoria and Albert’s, Citricos and Jiko. Nearby, Disney Springs has transformed into an Olympic Village of celebrity chef-run restaurants, with Jaleo (José Andrés), Morimoto Asia (Masaharu Morimoto), Frontera Cocina (Rick Bayless), Chef Art Smith’s Homecomin’, Wolfgang Puck Bar & Grill and Chicken Guy! (Guy Fieri) all competing for tourist dollars.

More importantly, however, all that corporate investment benefited Orlando’s independent restaurant industry. Home-grown chefs nurtured by media conglomerates and hospitality giants opened establishments of their own, and the complexion of the city’s restaurant scene changed for the better.

Drive around Mills 50, arguably the most culinarily diverse neighborhood in Orlando, and the change is noticeable. Long-established Vietnamese restaurants like Pho Vinh, Pho Hoa, Pho 88, Nha Trang Subs and Anh Hong now sit next to a new generation of eateries like Z Asian, GA 2 To and Paris Banh Mi. A slew of pan-Asian restaurants have opened in the ’hood as well, offering Malaysian (Mamak, Hawkers), Laotian (Sticky Rice), Chinese (Chuan Lu, Ming’s Bistro, Tasty Wok, King Bao), Japanese (Tori Tori) and Korean (Shin Jung, Bb.q Chicken) fare. But East meets West in Mills 50, with the Strand, Black Rooster Taquería, Tako Cheena, Deli Desires and Pig Floyd’s Urban Barbakoa being mainstays. In many respects, Mills 50 is the new face of Orlando’s restaurant landscape, and is garnering the city a new rep as a culinary powerhouse with its wildly varied cuisines. What they all have in common is an extremely relaxed vibe — nothing stuffy allowed.

In Audubon Park, East End Market offers a microcosm of that diversity in each of its food stalls and at Domu, the ramen-ya anchoring the popular food hub. Around the corner, on Winter Park Drive, omakase house Kadence has established itself as one of the city’s finest restaurants. And like Michelin-starred Kadence, Colonialtown’s Kabooki Sushi, Baldwin Park’s Seito Sushi, Soseki in Winter Park, and Sushipop in Oviedo and Winter Park all occupy the area’s upper echelons of restaurantdom, drawing pretty folks craving pretty cuts of fish. In fact, Orlando abounds in fine sushi options, from high-end to more casual, in almost every neighborhood.

Winter Park is also home to the Ravenous Pig, the gastropub that put Orlando on the culinary map and paved the way for other chef-run boîtes focused on local sourcing to follow — Luke’s Kitchen in Maitland, the Osprey in Baldwin Park, 1921 Mount Dora, even the eclectic Maxine’s on Shine in Colonialtown, to name a few. But Park Avenue is home to the greatest concentration of restaurants in Winter Park, many of which tout the prestige of their brick-lined locations. Prato, Tabla, Financier Bistro and Ava MediterrAegean augment an already spirited dining scene along the chichi thoroughfare. If you’re looking to impress a companion while staying out of Touristan — the swanky dining rooms of the big resort hotels and the corporate-backed fat cats along West Sand Lake Road in Dr. Phillips — Park Ave is the place.

To be fair, West Sand Lake Road in Dr. Phillips and International Drive nearby both host dedicated culinarians working on their craft at such worthy stops as YH Seafood Clubhouse, Nile Ethiopian, Tapa Toro, Flame Kabob and Turkish hotspots Bosphorous and The H Orlando.

OK with a drive? There’s no shortage of international flavors along West Colonial Drive and South Orange Blossom Trail. They’re both somewhat blighted strips, but outstanding meals can be had nonetheless. Taste of Chengdu plates some of the finest Sichuan fare in the state, while even farther west, Orlando’s Chinatown houses numerous Chinese, Taiwanese, Japanese, Vietnamese and Korean mom-and-pop joints. Same goes for OBT: The tacos and tortas at Tortas El Rey are well worth an extended wait in the drive-through lane; a few blocks south, Moroccan, South Indian and Pakistani dishes await inside Apna Bazaar; and Bombay Street Kitchen spotlights the street fare of Mumbai, Delhi, Chennai, Bangalore and beyond.

In this town, high-end hotels offer their fair share of dining destinations too. The Spanish-accented Capa Steakhouse and Northern Italian-inspired Ravello at the Four Seasons Resort are special occasion spots, as are Four Flamingos at the Hyatt Regency, Bull & Bear at the Waldorf Astoria, Hamilton’s Kitchen at the Alfond Inn, Primo inside the JW Marriott Grande Lakes and Knife & Spoon at the Ritz-Carlton.

The Ritz is also home to Knife Burger, offering one of the best burgers in the city (the Ozersky). It runs $17, but there’s an equally gratifying (and South Asian-spiced version) to be had just a couple of miles away at Charcoal Zyka for half the price. Of course, traditional houses of the handheld like Swine & Sons and Orlando Meats in Winter Park grill superior burgers of their own. Hunger Street Tacos, Quesa Loco, Pizza Bruno, SoDough Square, Ziggie’s Pizza and Lazy Moon Pizza are experts at the handheld game as well.

To not mention Orlando’s legacy restaurants would be a disservice to any newcomer. Nikki’s Place has served meat-and-threes to the Parramore community for nearly 75 years through social and economic upheaval. Linda’s La Cantina, Lee & Rick’s Oyster Bar, Beefy King and Lam’s Garden are noteworthy for their survival skills as much their historical ties to the city.

The patchwork of restaurants may seem like a lot for a recent transplant to take in, but they create a mouthwatering miscellany for the food-obsessed — a mosaic that extends beyond the city core and into the outlying communities of Kissimmee, Winter Garden, Longwood, Lake Mary, Sanford and East Orlando. Consider this a snapshot, or a picture, of the city’s dining landscape … one hopefully worth the thousand words.

Awesome annual events: There's fun to be had all year long in Orlando