So fresh and so clean, clean

People often say Lucky! when they hear my job title, but the fact is that I leave almost all of the restaurant criticism to our reviewer, Faiyaz Kara, and frankly I don't envy him all that steak and confit duck and fried chicken. (Sounds good on paper, though, doesn't it?) The way I want to eat hasn't gained a strong foothold in the Orlando restaurant scene yet, though we're starting to see inklings of it here and there: whole grains and fresh vegetables in the starring role, green herbs and toasted spices keeping things interesting, smaller dabs of proteins and cheeses and nuts and sauces making it all a bit more indulgent.

The best example of this plant-based but not necessarily vegan/vegetarian approach is the grain bowl, currently a craze on both coasts (though it works equally well on tacos, pizzas or toasts): dishes like the grits cooked in cashew milk topped with slow-roasted pork, pickled red onions, avocado and fennel salad at New York's El Rey Luncheonette; or the Kokuho Rose brown rice bowl with sorrel pesto, preserved Meyer lemon and radishes, dashed with house-made hot sauce, French sheep's-milk feta and a poached egg at Sqirl LA. This is a cult of bright, sharp, clean flavors that throw a curveball.

Patton Oswalt memorably described the KFC Famous Bowl (a 2006 innovation consisting of a stack of mashed potatoes, canned corn, popcorn chicken, gravy and cheese) as a "failure pile in a sadness bowl"; but this is most definitely not that. And I realize that as staunchly as I feel this is not just a but the new way to eat, the person to my right believes in the delicious necessity of bacon and chocolate mousse, and the person to my left thinks eating any kind of animal-derived product is both cruel and bad for the planet. Different lunches for different bunches, right?

However, for whatever reasons (widespread drought? rampant diabetes?), putting vegetables at the center of the plate is a philosophy that's gaining ground with even the most decadent chefs. In our recent interview with Art Smith, the king of comfort food, he said vegan was the next cuisine to hit it big, that he was "all porked out" and that "We need more plant-based menus and vegan-friendly restaurants, which Homecoming [his Disney Springs restaurant opening next year] will be." This year saw a spike in cookbooks promulgating this plant-centric but pleasure-seeking way of eating, even including one from April Bloomfield, a woman known for her over-the-top "meateries," the Spotted Pig and the Breslin. Here are a few worth the purchase price.

Food52 Genius Recipes: 100 Recipes That Will Change the Way You Cook, by Kristen Miglore (Ten Speed Press, 272 pages) Focused more on technique than ingredient, this book will gift you with at least one permanent addition to your repertoire. Best dish: Pasta with yogurt and caramelized onions

A Girl and Her Greens, by April Bloomfield (Ecco, 272 pages) Who knew? The woman who won a Michelin star for her way with meat (ALL kinds of meat) loves vegetables too. Best dish: Roasted and raw fennel salad with blood orange and bottarga

My New Roots, by Sarah Britton (Clarkson Potter, 256 pages) Yet another book born of a blog, like so many cookbooks now. Try her most popular recipe, the "life-changing loaf of bread," for yourself and see. Best dish: Life-changing bread with olives and caraway 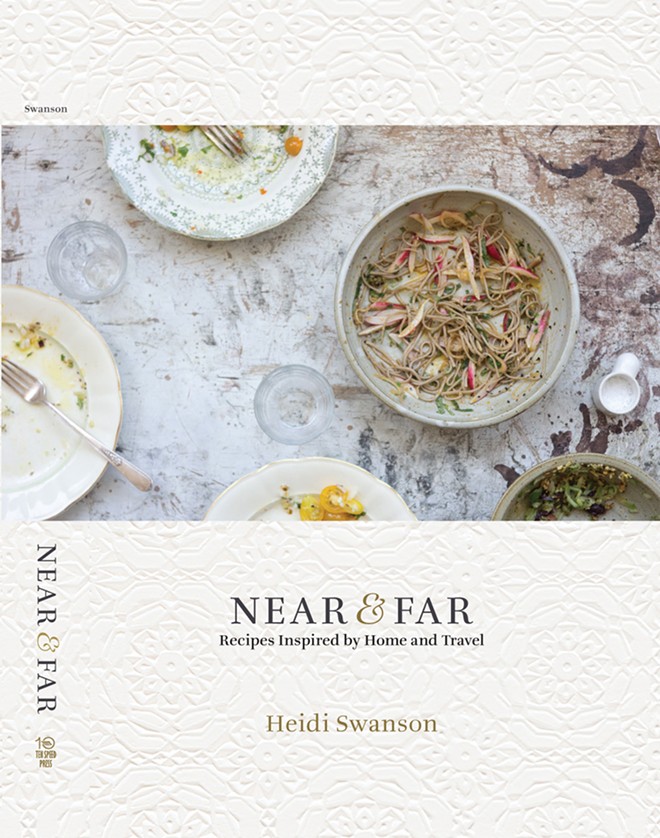 Near & Far: Recipes Inspired by Home and Travel, by Heidi Swanson (Ten Speed Press, 336 pages) Swanson knocks it out of the park again – she practically invented this whole-food-centered, healthy but pleasurable way of home cooking. Best dish: Eggs in purgatory, two ways 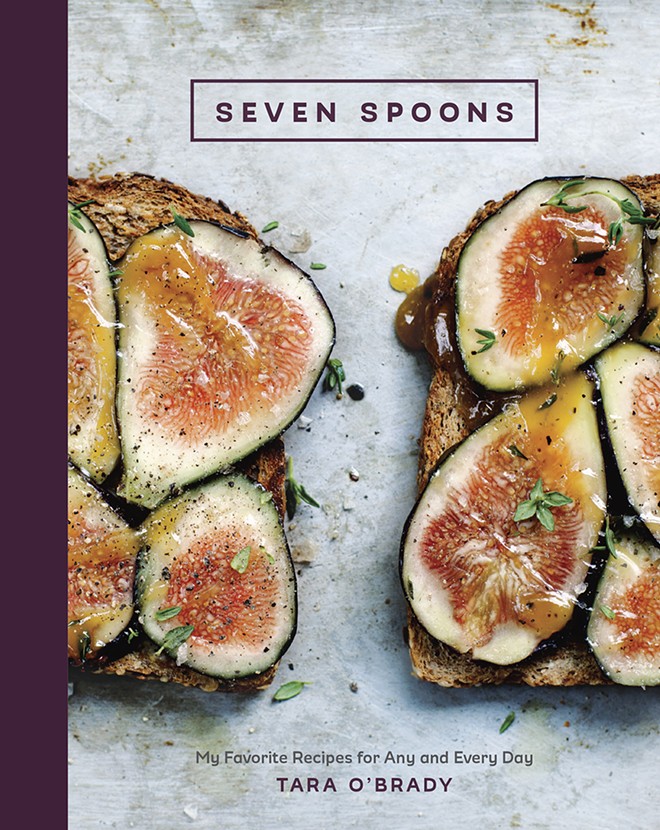 Seven Spoons, by Tara O'Brady (Ten Speed Press, 296 pages) O'Brady is a Canadian of Indian descent and the daughter of a sailor, which explains the global twists in her pantry; her beautiful prose makes this book a pleasure to linger over. Best dish: Baked eggs, North Indian style

Toast, by Raquel Pelzel (Phaidon Press, 120 pages) Scoff if you like, but this may be my favorite book of the lot. Arranged by season and wide-ranging in ethnic inspirations (and Pelzel's not afraid to mash those cuisines together). Best dish: Banh mi schmear toast