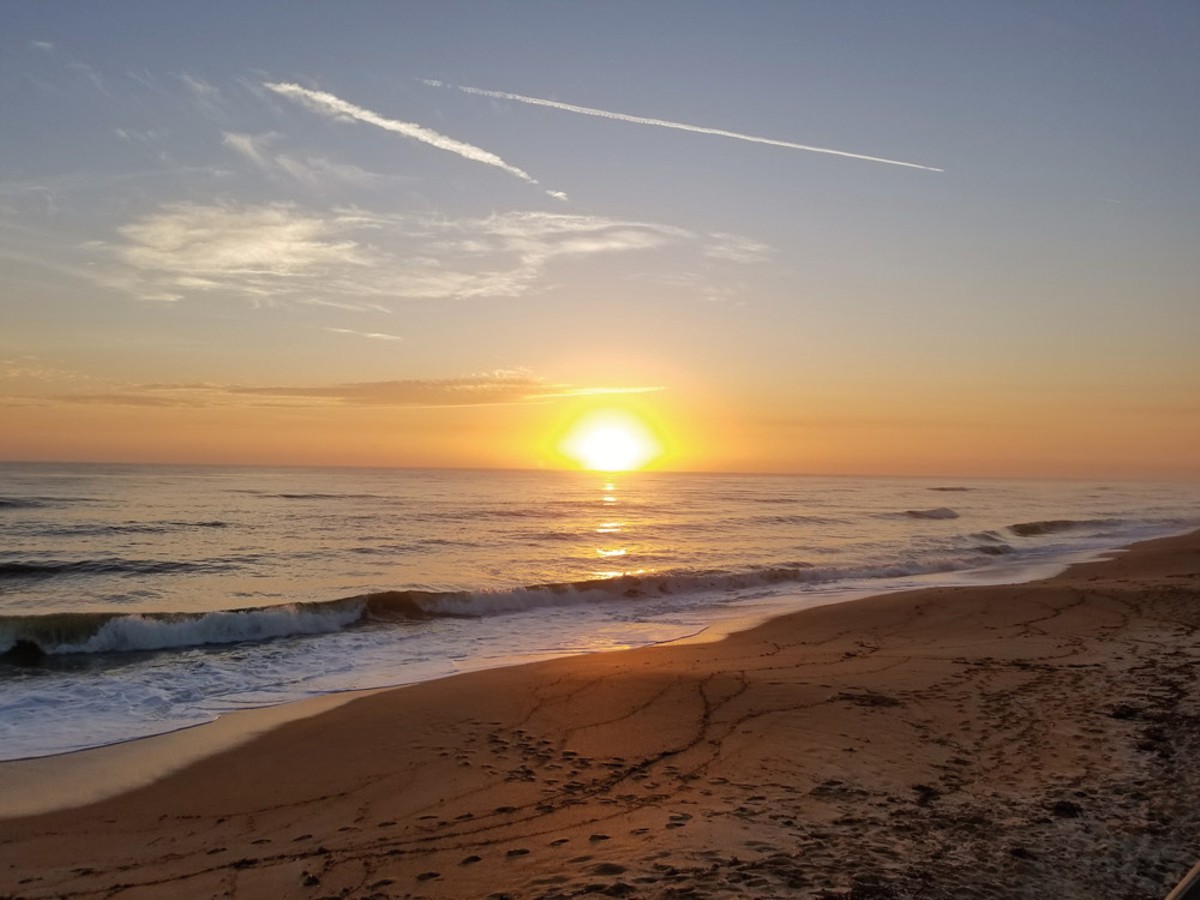 If you've visited Daytona Beach and Cocoa Beach to your heart's (and tan's) content and want to do a deeper dive into some natural splendor by the water, venture out to these hidden treasures of Central Florida. They are all perfect for brief day trips, but these will not be your typical days at the beach.

Egmont Key State Park
floridastateparks.org
Reachable only via watercraft (you can catch a ferry to access the Key) and looking not unlike a setting straight out of Andrei Tarkovsky's 1979 sci-fi film Stalker, here is a beach paradise jarringly scattered with eroded remnants of gun batteries jutting out of the shell-strewn sands. Fittingly, it's one of Florida's most secluded beaches. (Though it is public land.) Egmont Key State Park and National Wildlife Refuge, part of Fort De Soto Park, is an island and former military base that features Fort Dade, a lighthouse, a historical center and a brick-paved ghost town atop white sands and an expansive, biodiverse palm forest. The Key has a deep and difficult historical value as the site of captured and interned Seminole Indians. Polly Parker (aka Emateloye) was captured during the Third Seminole War but eventually escaped back to Lake Okeechobee. Her descendants make up the Seminole Tribe today.

Gamble Rogers Memorial State Recreation Area
floridastateparks.org
Once a 19th-century house of refuge founded by the U.S. Life Saving Service — which aimed to create safe dwellings for shipwrecked sailors — the site's name was changed in 1992 as a tribute to Floridian folk-music legend Gamble Rogers. (A fitting tribute, as Rogers had died a year earlier attempting to rescue a drowning man from the rugged waves of the Atlantic.) The Recreation Area is clustered along the Atlantic and the Intracoastal Waterway — a scenic part of the Great Florida Birding and Wildlife Trail — and spans 145 acres. It includes two camping sites, a boardwalk perfect for photo opportunities that overlooks the coquina-rich sandy beach, a buzzing butterfly garden and a salt marsh restoration area, as well as a beach dune system where visitors are encouraged to soak in the pastel-neon splendors of the coastal cotton-candy sunsets.

The Matanzas River and Fort Matanzas
nps.gov
Between St. Augustine and Daytona Beach flows the Matanzas River, an estuary of the Intracoastal Waterway parallel to the Atlantic Ocean. This 23-mile-long river is a prime location for recreational activities with saltwater creeks and marshes to explore where you're likely to witness an array of freshwater and marine wildlife including alligators, dolphins, manatees and North Atlantic right whales. Find some shelter from the sun in shady hammocks as you paddle the waterways beneath the boardwalk of St. Joe Walkway and Palm Coast Linear Park. This park, also part of the Great Florida Birding Trail, is walkable as well as wheel-friendly. Also worth a visit: the Fort Matanzas National Monument, which improbably boasts a coastal hammock forest, sand dunes, and wetlands and swamps all at once.

Tomoka Marsh Aquatic Preserve
floridadep.gov/tomokamarshap
Tucked between Old Dixie Highway and A1A, just north of Ormond-by-the-Sea and south of Flagler Beach — and spanning Volusia and Flagler counties — is the Tomoka Marsh Aquatic Preserve. Tomoka Marsh sprawls over 2,800 acres and is home to Nocoroco, the Timucuan native village. Here you can visit an archaic shell midden with multiple coastal mounds that date back at least 5,500 years and continue to pique the interest of archeologists. This state-owned site abounds in natural and historical beauty. It's a perfect place for Floridians and out-of-towners alike to reconnect with the environment and their understanding of ancient cultures, mere miles from the Atlantic Ocean.

Washington Oaks Gardens State Park
floridastateparks.org
Span time by interacting with Pleistocene-era geological formations at Washington Oaks Gardens State Park. Pass an idyllic day away counting the waves crashing against the dissolved calcium carbonate shells that account for the miles-long stretch of coquina rocks on the beach shoreline. Or stroll alongside serene ponds and a rainbow array of rose-garden beds inside the park on its western side bordering the Matanzas River. The gardens section of this beach park also features a gazebo and an arching oak canopy, ideal for some quiet reflection and relaxation.