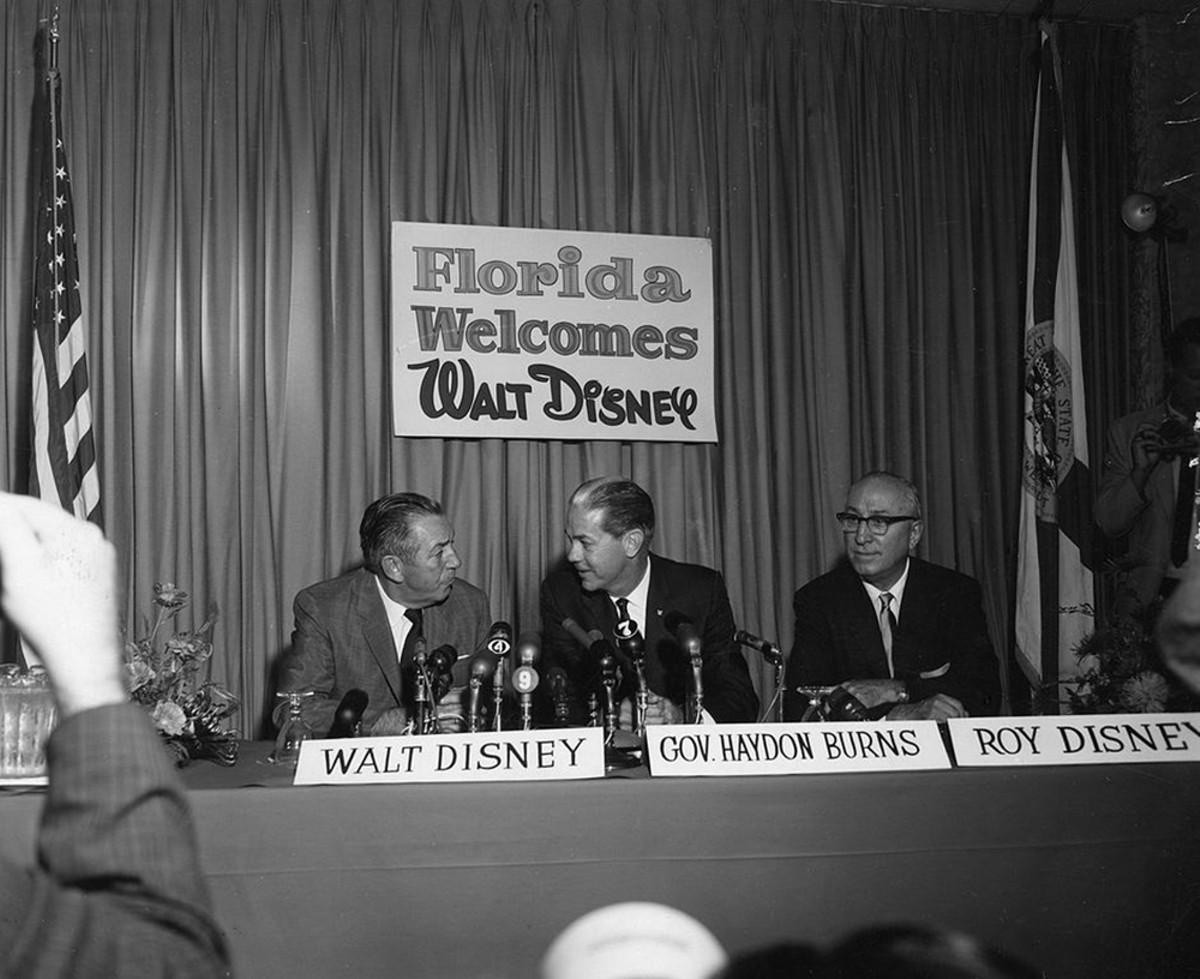 If you’re new to Orlando or are one of the rare people who were actually born in the City Beautiful, then you’ve probably figured out Orlando’s a hard place to define. We’ve been a frontier, a cattle stronghold, a hub of the state’s citrus industry and the tourist capital of the world. Located in the heart of Florida, Orlando has been described as having no culture, but after Pulse, we learned we were compassionate and resilient. Our current Orlando is a diversified community of burgeoning artists, tech developers, low-income workers and others trying to make something more out of this city. Before we move on to the next phase of Orlando, though, it’s good to know where we’ve been.

1845: We stop being named after a bloodsucking insect.

1857: Jernigan decides it doesn't want to be named after a murder suspect.

Around 1838, the U.S. Army built Fort Gatlin south of the Orlando's current boundaries during the Second Seminole War. The community that sprang up around the fort was named after Aaron Jernigan, a white settler who came to the area with his family, slaves and cattle. He became a state legislator and was respected until the 1850s, when he and six other men were charged with the murder of William H. Wright. He escaped jail twice and lived in Texas as a fugitive for almost 25 years before returning to Florida. By then, the town had changed its name to Orlando. While historians don't know the true origin of the name, there are several theories floating around, including one that says a local judge named the town after the main character in the Shakespeare play As You Like It.

A large sinkhole formed on his property, then filled up with storm water and water from an underground aquifer to become a beautiful lake. The locals called it Sandy Beach, though it was later renamed Lake Eola. The first swans were brought to the lake in 1922.

During the tail end of the century, the citrus industry began booming in Orlando, though a great freeze in the 1890s devastated the town and the industry as a whole for years.

It hosted vaudeville acts for some time and then started showing movies. Currently, it's a nightclub on Orange Avenue.

The school was envisioned as a "space university" for NASA's Kennedy Space Center in Cape Canaveral. Their first mascot was the Citronaut, a cross between an orange and an astronaut. A decade later, the school was renamed to its current moniker: the University of Central Florida.

He was the first African-American person to do so.

From a rough first day in which almost none of the rides actually worked, Universal Orlando persevered and now is one of the top 10 most-attended theme parks in the world.

Though he had various other business schemes, the pop Svengali remains best known for forming the Backstreet Boys and *NSYNC. Pearlman, who died in prison last year, was convicted of running one of the largest Ponzi schemes of all time.

And in a special election that he won in December 2016, Dyer became Orlando's longest-serving mayor after serving in office for nearly 14 years.

A new passion for football takes over the City Beautiful, which is now known as the "soccer capital of the South."

2016: Orlando becomes the site of the worst mass shooting in modern U.S. history.

It's not a milestone anyone would wish for, but it happened June 12 when a gunman killed 49 people and injured countless others at the gay nightclub Pulse. The world watched as residents stood in line for hours to donate blood, helped their neighbors, lifted each other up and resolved to remain an Orlando United.