You’re damn right I'm going to politicize this tragedy. You should too I’ve struggled this morning to write about the massacre at a high school in Parkland, Florida, which is, incidentally, about a 45-minute drive from where I grew up. It’s horrifying – and we should be horrified that an apparently disturbed and gun-loving 19-year-old was able to a) obtain an assault rifle and b) bring that assault rifle onto campus and kill 17 people. But in a sense, what I can say about this one that I didn’t say after Las Vegas, or after Pulse, or after Sandy Hook? The politicians who are in the pocket of the NRA are already tweeting out their “thoughts and prayers” and imploring us not to “politicize this tragedy,” while feckless Democrats demand a vote on an assault-weapons ban that they know isn’t coming anytime soon. (Hell, we couldn’t even ban bump stocks after the Vegas killing.)

So we’re going to do this dance again, and eventually, the outrage of the moment will dissipate and we’ll all go back to being outraged by whatever President Trump’s next outrageous act is. Nothing will change. And so my anger and horror is equaled by my own frustration and sense of helplessness. This famous Onion headline, which the satirical site runs after every one of these mass shootings, sums it up nicely:

THE SHOOTING: I would imagine that most of you reading this are familiar with the general contours of the story, so I won’t dwell on those. This New York Times story describes it pretty well: 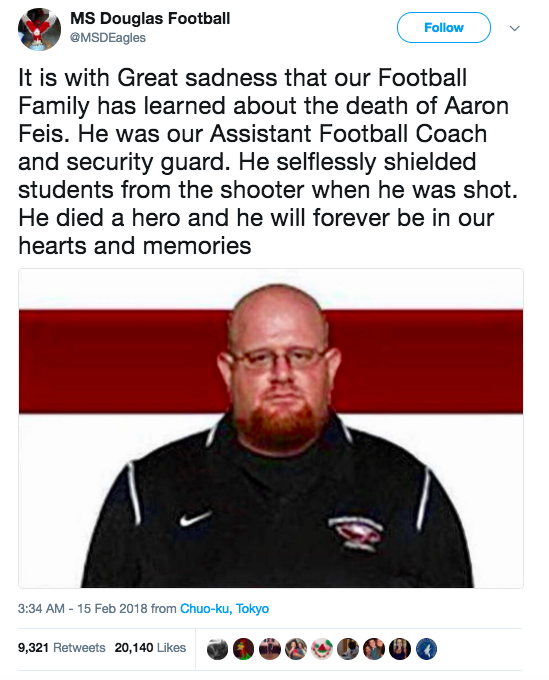 THE SHOOTER: Here is what we know of Nikolas Cruz, the alleged shooter, per the Associated Press [via the Tampa Bay Times]:


THE POLITICS: If there’s one phrase I hate more than any other, it’s that we shouldn’t “politicize a tragedy,” or that “it’s too soon to talk about gun control.” Right now the whole country – the whole world – is focused on this dreadful scene. Seventeen dead. At least a dozen more wounded, some with life-threatening injuries. An entire school, and an entire community, dealing with the aftermath. There’s nothing special about Parkland, in the sense that there’s no reason something like this couldn’t happen anywhere. And if you want to effect change, if you want to at least try to make this school shooting the last school shooting, now is the time to act, to press your case, while everyone is thinking about it. There’s a reason the NRA and other gun groups want to perpetually put this conversation off. But there needs to come a reckoning, and it needs to come now. So yeah, you’re goddamn right I’m going to politicize this tragedy. I desperately hope that you will, too. That’s the only way we can hope to stop it from happening again and again and again and again. 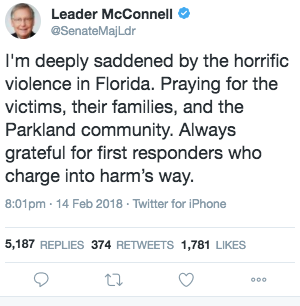 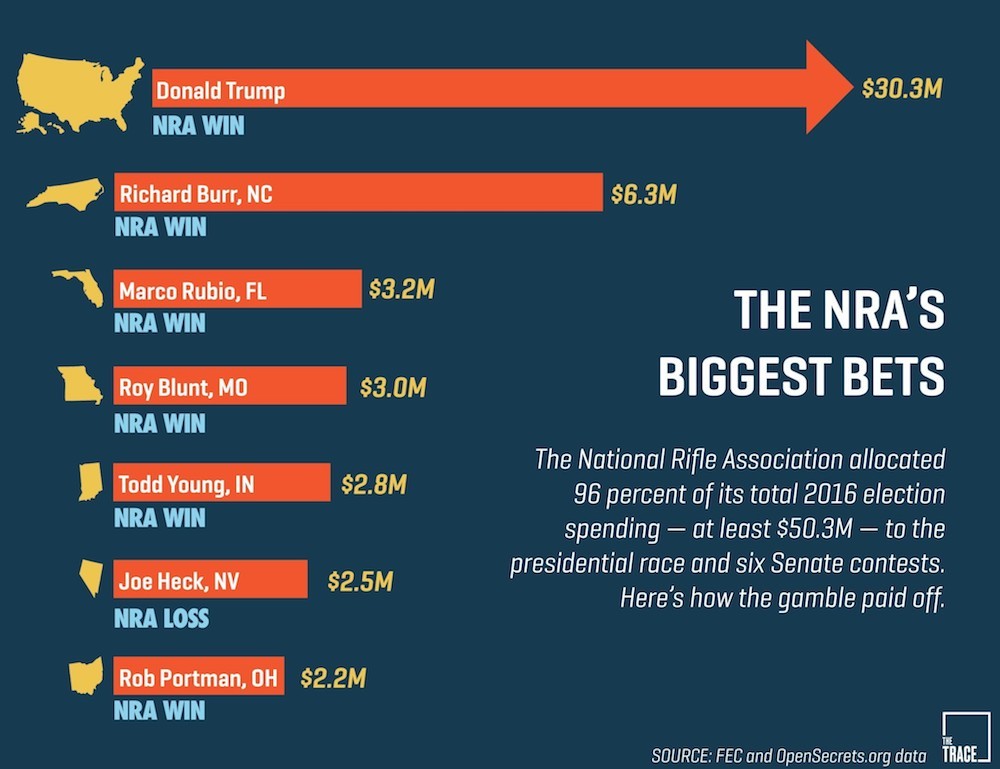 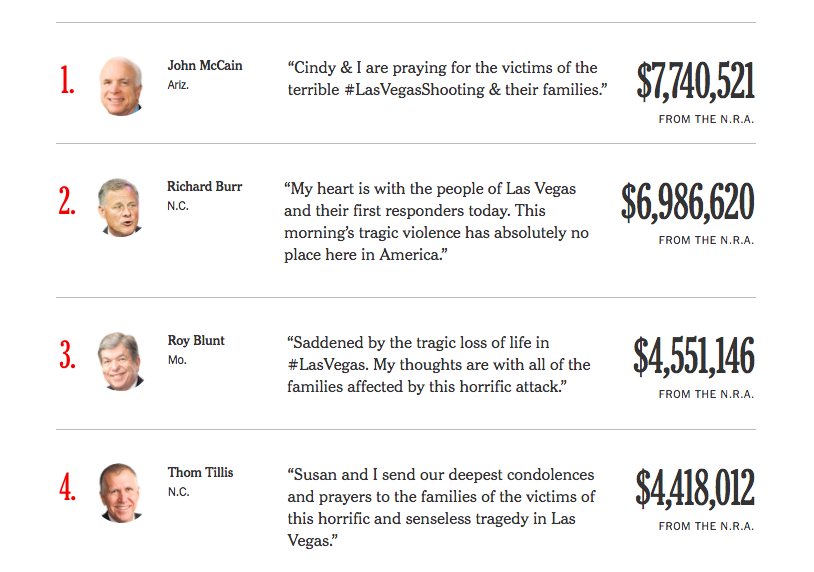 WHAT IT MEANS: There’s no neat way to put a bow on this story. If we couldn’t pass an assault-rifle ban after Sandy Hook or Pulse in Orlando, if we couldn’t even ban bump stocks after Las Vegas, then what the hell do you think is going to happen now. The NRA has bought and paid for an entire political party – one that happens to hold power right now – and, no matter the carnage, Republicans are all too willing to stay bought, to offer thoughts and prayers and admonitions that we should put off any talk of gun reform. You know, for the families. The only to stop this is to crush the NRA, which long ago forsook any attempt at rational gun policy and has in recent years become a de facto arm of the white nationalist movement. Really, the NRA is about boosting gun sales, and nothing else. It is an enemy of civilized society and must be defeated.

I’ll conclude with thoughts, posted on Facebook, from one of those students who were in the school as the shooting went down. 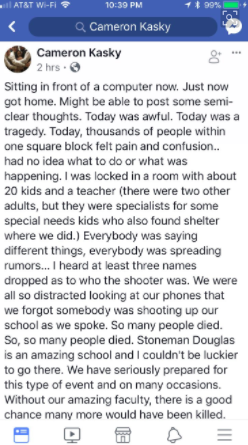