YOUR DAILY WEEKLY READER: to the left, past the weeds, in that far away water 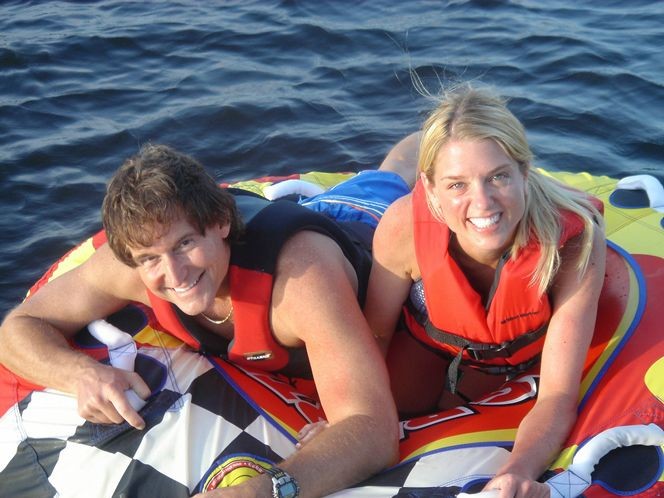 HERE’S HOPING THIS ISN’T LIKE THAT MONTH WHEN EVERYONE SAID THEY MIGHT BE A LESBIAN, OR AT LEAST BISEXUAL: Former state Rep. Ana Rivas Logan is leaving the Republican Party, she announced Monday. She plans to register as a Democrat, she said. ‘The GOP of today is not the party I joined,’ said Rivas Logan, who also served on the Miami-Dade School Board. ‘It's not the party of my parents. It's a party that has been radicalized and held hostage by a group of extremists.’ Rivas Logan was welcomed to the party by another Republican-turned-Democrat: gubernatorial candidate Charlie Crist. ‘Bienvenida @anarivaslogan to the Democratic Party!’ Crist wrote on Twitter. ‘Glad you are here my friend.’ The Tweet helped fuel speculation Monday morning. ‘The bottom line is that the Democrats have a very weak bench,’ said Carlos Curbelo, a Miami-Dade School Board member and Republican candidate for U.S. Congress. ‘If Charlie Crist wanted to choose a Hispanic female to run with him, there is no one else.’ Curbelo added: ‘I get the sense that this is a very calculated move, and that it is highly likely that she would be chosen.’” (via Miami Herald)

WHEN IT’S TIME TO CHANGE!

THE WAISTLINE SAYS YES? ANYWAY, WHO EXPECTS MARCO RUBIO TO BE HONEST ABOUT ANYTHING?: “Florida Senator Marco Rubio doesn’t want you to know if he ever smoked marijuana. In an interview on Monday, he refused to answer the question posed by a TV reporter, saying that the information could do more harm than good. ‘I’ll tell you why I never answer that question,’ the Republican Senator said during an interview with Fusion’s Mariana Atencio in Miami. ‘If I tell you that I haven’t, you won’t believe me. And if I tell you that I did, then kids will look up to me and say, ‘Well, I can smoke marijuana because look how he made it.’’ Rubio, a possible contender for President in 2016, said that in his teen years he made enough ‘dumb decisions as I’ and didn’t need marijuana or alcohol leading to more. ‘I know I’m sounding like a 42-year-old dad, but here’s the problem, you can make mistakes at 17 that will be with you the rest of your life,” Rubio said before saying his answer to the question was irrelevant.” (via TIME)

SPEAKING OF WEED, SOME CLEVER STRATEGY FROM LEGISLATIVE DEMOCRATS COULD BOTH CLARIFY MEDICAL MARIJUANA LAW AND DISMISS REPUBLICAN “WEDGE” ARGUMENT: “The constitutional amendment also is seen as a ‘driver’ for Democratic voter turnout at the polls in November. The petition campaign that put it on the ballot was bankrolled by Orlando attorney John Morgan, a close ally of former Gov. Charlie Crist, who is seeking the Democratic nomination for another term as governor. Crist supports the amendment, which Scott opposes, and political observers expect the referendum will draw more young and minority voters -- who tend to vote Democratic. If Republicans are worried about that, Clemens said, they can short-stop the ballot initiative by legalizing medical marijuana by statute. ‘I'm not trying to politicize this issue at all. This is an opportunity for us to get ahead of the constitutional amendment because there's no reason for any patient to wait for relief,’ Clemens said. ‘If we pass this bill, the constitutional amendment does not become a driver to the polls.’” (via the Florida Current)

PAM BONDI CAN SEE THE CHESAPEAKE BAY FROM HER BACKYARD, ETC.: “Last week, Florida Attorney General Pam Bondi filed a brief — paid for with your taxes — attacking the legality of the Chesapeake Bay Clean Water Blueprint. The plan was devised by six bay area states, the District of Columbia and the federal government. Its mission is to improve water quality in the rivers, streams and estuaries of the Chesapeake region. A federal judge upheld the terms of the so-called blueprint, which will limit the amount of pollution being dumped, but the ruling is being appealed. Why would the state of Florida try to obstruct the cleanup of public waters hundreds of miles away from our own? Because Bondi and Gov. Rick Scott are complete tools. They aren’t suing on behalf of the citizens of Florida; they’re suing on behalf of big agricultural and development interests that don’t want the U.S. Environmental Protection Agency enforcing clean-water laws anywhere. Among the lobby groups trying to dismantle the Chesapeake Bay Clean Water Blueprint are the American Farm Bureau Federation, the National Home Builders and those famously civic-minded folks at the Fertilizer Institute. They want us to trust them to regulate their own pollution, and to hell with the EPA. Quietly these industries recruited Florida and 20 other states — most led by Republican governors, of course — to join the lawsuit attacking the Chesapeake Bay plan. Among the other shameless meddlers are Kansas, Alaska and Indiana. ‘To say we are outraged is a vast understatement,” said Will Baker, president of the nonprofit Chesapeake Bay Foundation. ‘We find it almost beyond belief for any state outside of the Chesapeake Bay watershed to try to sue to stop us from cleaning up our waters. What are they afraid of if we have clean water in the Chesapeake Bay?’”(via Miami Herald)