YOUR DAILY WEEKLY READER: on liars, bungholes and dropouts 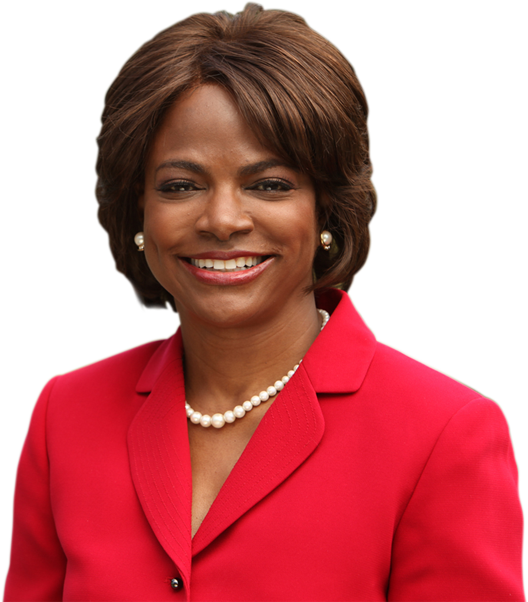 IF, AS THEY SAY, THE BUCK STOPS HERE, DOESN’T THIS BASICALLY IMPLICATE FORMER HOUSE SPEAKER DEAN CANNON, EVEN IF HE CALLS HIS FORMER AIDE “STUPID?”: In the second day of the redistricting trial on Florida's congressional maps, Kirk Pepper, the former deputy chief of staff to former House Speaker Dean Cannon, provided a window into the friendly and revolving world between political consultants and legislative staff. Under oath in the second day of the trial in Leon County Circuit Court, Pepper acknowledged for the first time that he not only supplied maps to political consultant and friend Marc Reichelderfer before they were available to public, he supplied them on two flash drives. Reichelderfer, a consultant to Cannon, testified Monday that he did not know how he obtained the maps although he did recall receiving some from Pepper. Pepper has since gone to work for Capitol Insight, the lobbying firm founded by Cannon. Why was it acceptable for a House insider provide the work product of the House legislative staff to a political operative before the public had access? ‘In hindsight I wouldn’t do that again but it was intended to help a friend who was cut out of the process [from which] he makes his living,'' Pepper testified. He later elaborated: "I was making him aware of it so that he, as a friend, would know where the political landscape is going the landscape in which he makes his living in. I was trying to do something nice for a friend of mine.’ When Cannon learned he had turned over maps to Reichelderfer, after reading about it during the redistricting litigation, “I think he said it was stupid,’ Pepper said, under questioning from Plaintiff's attorney David King. Pepper has since gone to work for Capitol Insight, the lobbying firm founded by Cannon. (via Miami Herald)

GO AHEAD, KIDS. BE AS GAY AS YOU CAN BE. A COMPANY PEDDLING COMMON CORE WOULD HAVE IT SO, EXCEPT, ACCORDING TO POLITIFACT, IT WOULDN’T REALLY. ALSO, REP. VAN ZANT, R-CRAZYTOWN, IS A CRAZYPERSON: “Heads up moms and dads -- a Florida lawmaker has unearthed one more conspiracy behind Common Core. A company that has been hired by Florida to give students tests will be recruiting every one of those students to become gay.  Think Progress, a liberal blog, dug up a video of state Rep. Charles Van Zant, R-Keystone Heights, speaking about the topic at the "Operation Education" conference -- a gathering of conservative religious groups who met about the theme of "How education reforms are attacking America’s Foundation." The Orlando conference was in March, but Think Progress posted a video clip of Zant on May 19, and the video then spread to other blogs. We listened to the full speech. Here is the portion that drew attention: "Our new secretary of education in Florida recently appointed AIR to receive the $220 million contract for end-of-course exam testing and to prepare those tests. Please -- go on their website. Click the link to what they are doing with youth, and you will see what their agenda really is. They are promoting as hard as they can any youth that is interested in the LGBT agenda and even name it 2-S, which they define as having two spirits. The Bible says a lot about being double-minded.  "These people that will now receive $220 million from the state of Florida, unless this is stopped, will promote double mindedness in state education, and attract every one of your children to become as homosexual as they possibly can. I'm sorry to report that to you. ... I really hate to bring you that news, but you need to know." Van Zant encouraged listeners to research AIR, so we took him up on his suggestion and decided to check if AIR plans to "attract every one of your children to become as homosexual as they possibly can." We contacted Van Zant’s office and asked him to provide evidence to support his claim and did not get a response.” (via Politifact/Tampa Bay Times)

OH, AND SPEAKING OF, LET’S GET INTO THE WAYBACK MACHINE OF HOMOPHOBIA, BACK TO THE TIME WHEN LBJ ORDERED PANTS OVER THE PHONE AND TALKED ABOUT HIS INSEAMS GRABBING HIS BALLS TOO HARD: “Days after President Lyndon B. Johnson’s election to his first full term, an administration official asked a subordinate to explain the policy on firing gays. In particular, he wondered whether someone with a history of gay liaisons could, through years of marriage, be “rehabilitated” into a trustworthy civil servant. The response came quickly, and in language that would be shocking by today’s standards. Technically, rehabilitated gays could keep their jobs. But John W. Steele, a staff member of the Civil Service Commission, which handled personnel matters for the government, said that seldom happened. “Some feel that ‘once a homo, always a homo,’ ” Mr. Steele wrote. He added, “Our tendency to ‘lean over backwards’ to rule against a homosexual is simply a manifestation of the revulsion which homosexuality inspires in the normal person.” It was November 1964. Four months earlier, the president had signed the landmark Civil Rights Act banning discrimination on the basis of race, religion, sex and national origin. The policies laid out in Mr. Steele’s memo would continue for more than another decade.” (via New York Times)

ALSO, WHAT THE FUCK HAPPENED WHILE I WAS OUT OF TOWN? VAL DEMINGS DROPS OUT ALMOST STRATEGICALLY LEAVING LOCAL DEMS WITHOUT AN OPTION. (P.S., HER CAMPAIGN SUCKED, AND EVERYONE KNEW IT): “Former Orlando police Chief Val Demings stunned political observers Tuesday by abruptly ending her campaign to unseat Orange County Mayor Teresa Jacobs, saying that it was "not the right race at this time." Those politically close to Demings could only speculate why she left the race, but most agreed it likely cinches Jacobs re-election. No other serious candidate has emerged so far for the Aug. 26 mayor's primary. After confirming Demings' exit, a surprised Jacobs called a news conference to say she would still run hard for re-election. But Jacobs sounded at times like she was giving a victory speech. She thanked supporters, wished Demings well and discussed future mayoral challenges. "I was surprised when she got in the race, because I felt like we were on the right track, and that we had a lot of support," Jacobs said. "And I was equally surprised when she got out, because I obviously know this is not something she entered into lightly." Demings launched her campaign to unseat Jacobs in January, saying she wanted to boost public safety, schools and small businesses. Her initial fundraising foray was robust, but it relied heavily on state Democratic Party help, even though the mayor's race is officially nonpartisan. Demings had raised more than $240,000 in the four months she ran, but after a year of raising money, Jacobs sat atop $640,000. However, Demings' overall total included $50,000 from the state party. And in her most recent report, it included more than $18,000 from in-kind staffing help from the state party in Tallahassee.” (via Orlando Sentinel)