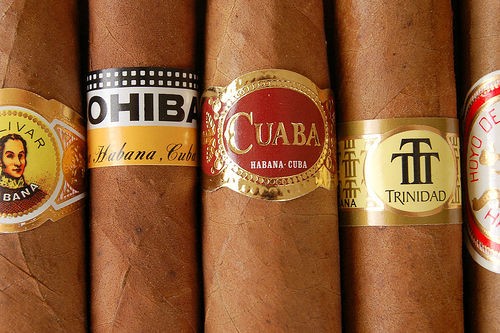 KIND OF THINKING THE USE OF THE TERM “INARTFULLY” IS HILARIOUS HERE. IS IT JUST ME? GAY MARRIAGE AHOY! “Miami-Dade Circuit Judge Sarah Zabel said Tuesday she would decide “in the next week or so” whether to suspend a local gay-marriage lawsuit until after some similar federal case is decided in the future. In January, six same-sex couples sued Miami-Dade County Clerk Harvey Ruvin after his office wouldn’t issue them marriage licenses. Ruvin’s lawyers had originally asked Zabel to suspend the case indefintely. On Tuesday, they changed their wording. “We may have used the word ‘abate’ a bit inartfully” clerk counsel Eileen Mehta told Zabel. “We are not looking to abate in terms of waiting until a decision in the pending federal case. Perhaps a motion to stay might have been a better choice of words. Really, your honor, all we are looking for is for the court to have an opportunity to benefit from the advocacy of the state in those cases.” Lawyers representing the six couples asked Zabel to move ahead and quickly resolve the suit in their favor. “The clerk is now shifting the position and saying hold off, and get the benefit of all these other cases,” Carlton Fields Jorden Burt attorney Jeffrey Michael Cohen told Zabel. “Your honor, there are 18 or 20 cases in federal courts all around the country raising these particular issues. It’s not appropriate for any court to hold off on the responsibility of deciding cases as important as this one. It involves peoples lives.’” (via Miami Herald)

CHARLIE AND THE CUBAN CIGAR FACTORY: “In a move that would have been unthinkable for any statewide Florida candidate just a few years ago,  Charlie Crist is looking into visiting Cuba this summer. Nothing is final, but Crist is eager to learn more about the country as he calls for normalizing relations with Florida's neighbor. "The embargo has done nothing in fifty years to change the regime in Cuba or end the suffering of the Cuban people," said Crist campaign spokesman Kevin Cate. "Gov. Crist is exploring every opportunity to help bring economic freedom and democracy to the people of Cuba.” Recent polls show a majority of Floridians, including Cuban-American Floridians, support lifting the embargo, as Crist advocates. Still, Crist's advocacy for lifting the embargo is risky and could motivate Republican exiles in Miami-Dade to turn out in November to defeat him.” (via Tampa Bay Times)

MAGELLAN AND A FELON (OR, LIKE A FELON?) State and local officials are expected to announce Wednesday that Northrop Grumman Corp. is the company behind "Project Magellan," which has been billed as one of the Space Coast's biggest economic development projects ever. The identity of the company has been kept confidential. But multiple sources with direct knowledge of the project have told FLORIDA TODAY that Northrop Grumman is the company behind the project that could bring 1,800 jobs to Melbourne International Airport paying an average of $100,000 a year. The project also involves a $500 million capital investment. Based on a combination of jobs and the payroll figures, this represents the nation's largest economic development project in the last five years, local economic development officials have said. Wednesday's announcement likely will come in the form of a written statement from Gov. Rick Scott's office. In addition, Lynda Weatherman, president and chief executive officer of the Economic Development Commission of Florida's Space Coast, is scheduled to speak at the monthly membership meeting of the Greater Palm Bay Chamber of Commerce on Wednesday and it's expected she'll address the details of Project Magellan. (via Florida Today)

UH-OH! REGIIIIINA!: Orlando voters elected political newcomer Regina Hill to the City Council Tuesday instead of Juan Lynum, the better-funded candidate and son of the district's current commissioner. Hill's victory is the culmination of an unlikely campaign by a convicted felon who told voters she'd turned her life around and would turn around the troubled district, too. Hill earned 54.5 percent of the vote to Lynum's 45.5 percent in the runoff election to represent District 5, where turnout was sparse. Hill, a nurse, earned a reputation as a fiery, grassroots campaigner. With no previous political experience, she entered the race 15 months ago, knocking on doors and promising voters she would fight to bring jobs and opportunity to the district with the most poverty in the city. Lynum, meanwhile, jumped in the race at the last minute, on the final day of qualifying. His mother had already qualified to be on the ballot for a fifth term, but withdrew a few days later and threw her support to her son. (via Orlando Sentinel)