With more residents than New York, Florida is on track to gain congressional seats 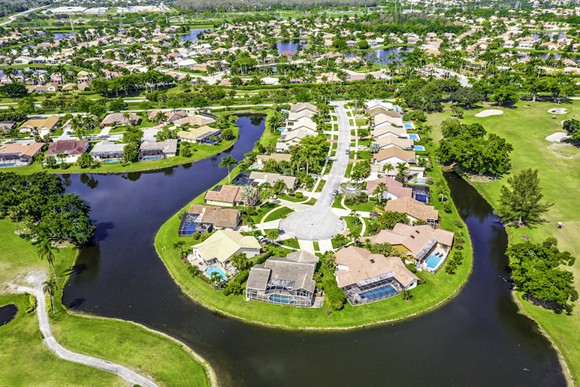 Boca Raton gated community photo via Adobe Stock
Florida’s population growth remains on track to garner new congressional seats in the coming years, though the state might not be adding new residents as fast as officials had believed.

A U.S. Census Bureau estimate released Monday shows Florida adding about 640 people a day over the past year.

With the state second in adding new residents nationally, the latest figures should further bolster the case for Florida expanding its U.S. House delegation after the 2020 Census.

Every 10 years, the distribution of congressional seats across the country is tweaked based on population changes, with some states gaining seats, others losing and many remaining the same.

Last year, Virginia-based Election Data Services projected the swelling population in Florida would push the Sunshine State’s delegation from 27 to 29.

Only Texas, with the largest jump in new residents over the past year, has done better in reviews by Election Data Services, which on Monday was working on a 2019 apportionment study.

The projected 233,420 new Floridians would push the Sunshine State’s delegation from 27 to 29.

Florida’s estimated population stood at just under 21.48 million as of July 1, a nearly 1.1 percent increase from a year earlier, according to the Census Bureau’s national and state population figures released Monday.

The projected 233,420 new Floridians ranked the state ninth in percentage of growth behind Idaho, Nevada, Arizona, Utah, Texas, South Carolina, Washington and Colorado. Texas gained the most residents, with about 367,000.

While the Census put Florida’s growth during the past year at about 640 residents a day, state officials have cited an estimate of 900 as they have made projections and called for infrastructure such as new highways. State economists, however, have used different methodologies than the Census Bureau in estimating population growth.

In the Census release, Florida easily topped the national growth rate of about 0.5 percent, with the population of the United States growing the past year by 1.55 million to 328,239,523.

The national growth, which peaked this decade at 0.73 percent between 2014 and 2015, has been slowing due to fewer births in recent years and the number of deaths increasing.

“While natural increase is the biggest contributor to the U.S. population increase, it has been slowing over the last five years,” Sandra Johnson, a demographer and statistician in the Population Division of the Census Bureau, said in a prepared statement. “Natural increase, or when the number of births is greater than the number of deaths, dropped below 1 million in 2019 for the first time in decades.”

The national figure also reflects a slowdown in net international migration, which accounted for 595,000 people being added to the U.S. population during the past year, the lowest single-year gain in the decade. The figure was down from a high of 1.05 million between 2015 and 2016.

According to the Census, China in 2018 replaced Mexico as the largest source of foreign-born immigrants to the United States.

Florida surpassed New York to become the third most-populous state in 2014, but remains far behind California, which has an estimated 39.5 million residents, and Texas, with 28.99 million.

New York, down 76,790 people between 2018 and 2019, was among 10 states that lost population over the past year, according to the Census. Other states with drops in population were Illinois, West Virginia, Louisiana, Connecticut, Mississippi, Hawaii, New Jersey, Alaska and Vermont.