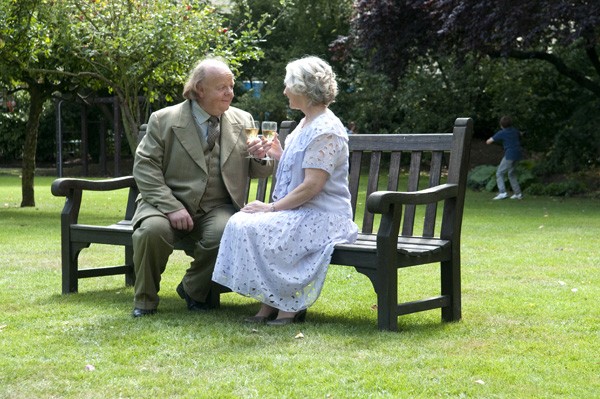 You Will Meet a Tall Dark Stranger

Like a visit to a beloved senior at a resting home, Woody Allen’s new comedy amounts to a mostly pleasant, sometimes trying afternoon. Now in his mid-70s, Allen is still a good storyteller with brief flashes of brilliance (Vicki Christina Barcelona), even if he flubs a punchline or nods off now and then. You Will Meet a Tall Dark Stranger is uncomplicated, somewhat meandering and wholly unfinished, but it comes from an honest place of learned (and earned) whimsy.

The setup: Anthony Hopkins’ Alfie woke up one night to find himself face-to-face with mortality, prompting a life renovation that included divorcing his age-appropriate wife, Helena (Gemma Jones), and marrying a much younger hot mess straight out of the pages of Daily Express. (The film is  set in England.)

Alfie and Helena’s daughter, played by Naomi Watts in a naturalistic manner that suits her well, wants to start a family with her “one-book wonder” husband (Josh Brolin, an oddly appealing bull in a china shop here), who’s waiting by the phone to see if his fourth book will be published. Pretty soon, Watts is falling for her boss (Antonio Banderas), Brolin begins to think the girl across the street is his muse (the lovely Freida Pinto of Slumdog Millionaire) and Helena has taken to giving her money to a phony psychic who predicts flowery things that happen to be exactly what Helena wants to hear – hence the title.

Allen’s England is cozy, as are his characters despite their mid-life-crisis actions, which are all understandable, relatable and completely without dramatic tension. Also missing is Allen’s wit and his brilliant way around words and worries wrapped in lit references and vaudevillian flair. However, considering how good that restraint looked on him in Barcelona, and how vile and caustic that same wit came off in his last film, Whatever Works, it’s probably a smart move on his part.

Stranger is a slight film however you cut it, but it’s not without its charm. Grandpa Woody is good company for a while; it’s just that in this case, you’re ready to move on the second you leave – perhaps to something a tad salacious,  you know, to remind yourself of your own still-present vitality and youth. Perhaps to the Red screening room next door for some sweet, uh, Helen Mirren action. You know what, forget it: One for Jackass 3-D, please.