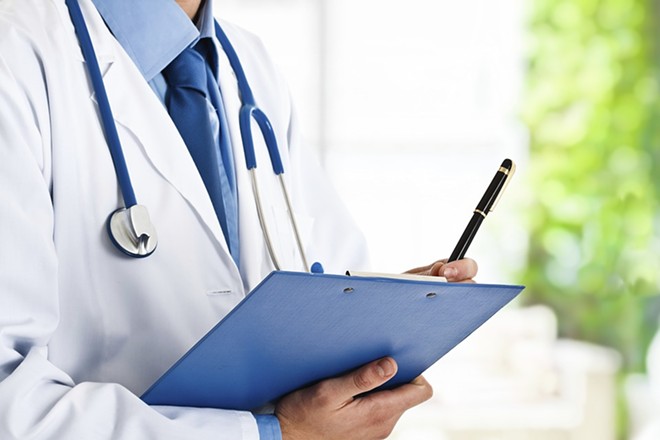 Photo via Pixabay
A year after Malachi Love-Robinson was caught pretending to be a doctor at a West Palm Beach medical center, Palm Beach County authorities say the 18-year-old has struck again, arresting him Tuesday for allegedly founding and operating a holistic medical clinic.

Just because you saw a season of Grey's Anatomy doesn't mean you could practice medicine. https://t.co/tw8QUXjtsj pic.twitter.com/dCBZX8CYCU


The Sun Sentinel reports "Dr. Robinson," as he was known to his patients, was charged by the Palm Beach County Sheriff's Office for practicing medicine without a license. The Sheriff's Office says it sent an undercover officer to Love-Robinson's clinic, New Birth New Life Holistic and Alternative Medical Center and Urgent Care, where the teenager gave the officer an exam and medical advice. The Florida Department of Health had sent Love-Robinson a cease-and-desist letter earlier, but he continued to see his patients.

Love-Robinson was stopped by West Palm Beach police in 2015 after officials say he was "wandering around St. Mary's Medical Center wearing a doctor's coat and interacting with patients," according to the Sun Sentinel. The newspaper reports the teen was seen "peeking in on gynecology exams and keeping a wardrobe of lab coats inside his car."

Healthgrades.com lists Love-Robinson, who has a five-star rating on the website, as a 25-year-old who speaks French and specializes in naturopathy, psychology and mental health.