Graphic via City of Orlando
West Colonial Drive near Interstate 4 will close this weekend so that workers can install a steel truss that's part of the new pedestrian overpass bridge.

The area between Orange Avenue and Garland Avenue on West Colonial Drive will be closed to traffic from 10 p.m. Saturday, July 14, through 6 a.m. Sunday, July 15. Message boards will be up in advance to notify drivers, as well as detour signs. 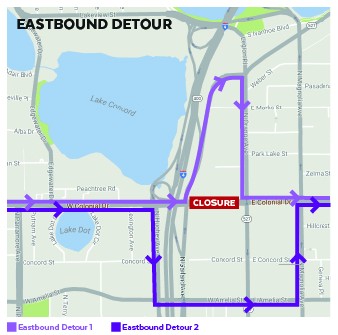 Graphic via City of Orlando 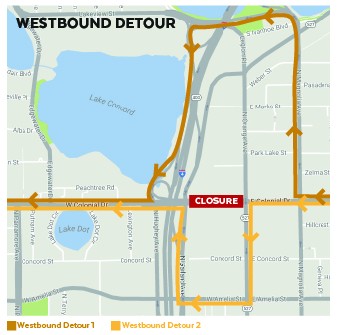 Graphic via City of Orlando
The pedestrian bridge will cross Colonial Drive east of I-4, just before reaching North Orange Avenue. City documents say the project is the "missing link that will connect the Orlando Urban Trail to the Gertrude's Walk Trail, creating a trail connection that will take users into the core
of downtown Orlando while also providing a safe crossing of Colonial Drive for both pedestrians and cyclists." 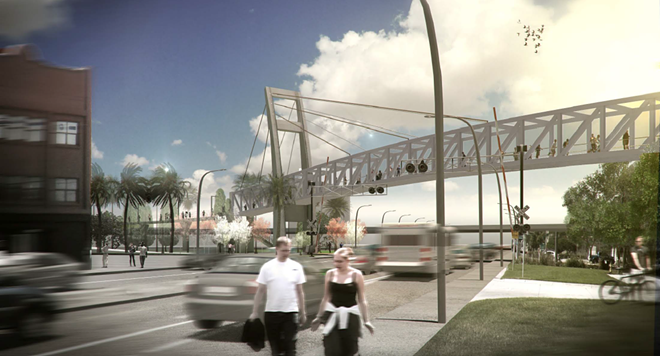 Graphic via City of Orlando
When Colonial Drive closes this weekend, the steel truss will be assembled using a dolly system and several cranes, according to a city news release.

The entire bridge is costing nearly $10 million, with most of the funds ($9.2 million) coming from the Florida Department of Transportation. The project is set to be completed in early 2019.