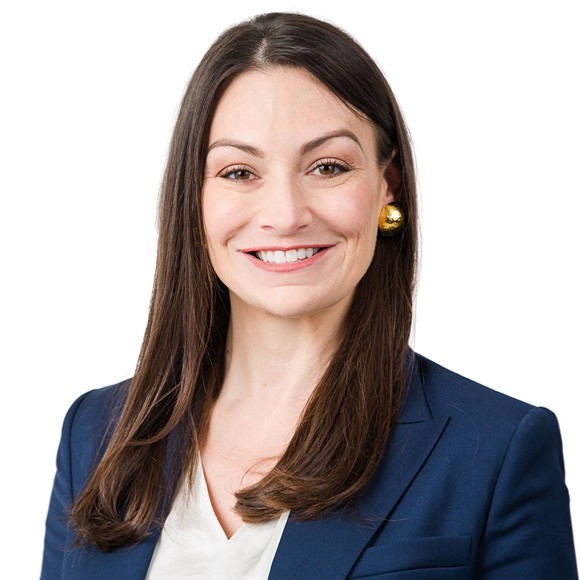 Photo via Nikki Fried/Facebook
Wells Fargo shut down the campaign account of a candidate seeking a seat on the Florida Cabinet because she took contributions from lobbyists representing the medical marijuana industry, according to records provided by Democrat Nikki Fried on Monday.

Fried, a Fort Lauderdale lawyer, has made advocacy for medical marijuana a cornerstone of her campaign for agriculture commissioner. Fried once lobbied for medical-marijuana operators and helped shape the state’s laws and regulations regarding cannabis use, sales and distribution.

Fried opened a campaign account with Wells Fargo in June, shortly after qualifying for the Cabinet race.

But within weeks, officials with the financial giant began questioning Fried and her campaign staff because of her “political platform” and her links to the marijuana industry.

“As part of the onboarding of the client it was uncovered some information regarding the customers (sic) political platform and that they are advocating for expanded patient access to medical marijuana,” Antoinette Infante, Wells Fargo senior relationship manager, vice-president, wrote on July 11 in an email to Fried’s campaign treasurer, Gloria Maggiolo.

“Can you confirm the types of transactions expected for this customer & if any of the transactions will include funds received from lobbyists from the medical marijuana industry in any capacity?” Infante asked.

Maggiolo told the bank that contributions “will be, and have been, received from lobbyists for the medical marijuana industry, as well as from executives, employees and corporations” in the industry, adding that Fried no longer lobbied for marijuana operators.

On Aug. 3, Wells Fargo gave Fried’s campaign 30 days to shut down the account.

“This is much bigger than my campaign. I am happy to tell Wells Fargo ‘good riddance,’ and finding a bank to take my campaign contributions without making a value judgment on my platform was not difficult to find. However, when this happens to a medical marijuana business, as it does every day all over the country, it has a much more devastating impact,” Fried told reporters Monday at a press conference in the Capitol.

The shutdown of Fried’s campaign account is a new development in a battle pitting financial institutions like Wells Fargo against medical marijuana operators, ancillary businesses and associations focused on a substance that’s authorized in some form in about 30 states but remains illegal under federal law.

“I’ve never seen a candidate targeted specifically because of their support for the marijuana industry. It is an egregious issue of free speech, and it’s one that shouldn’t be tolerated,” Michael Bronstein, founder of the American Trade Association of Cannabis and Hemp, told The News Service of Florida in a telephone interview Monday.

While it’s not unusual for banks to distance themselves from marijuana industry operators, Fried’s account “wasn’t even judged on what type of money was coming in,” Bronstein said.

“It was the political views of the candidate that were being shut down. This is a backdoor to silencing political speech,” he said.

Wells Fargo spokesman Michael H. Gray said the bank could not comment directly on a customer’s account but indicated that the California-based bank was complying with “strict regulatory and risk guidelines” governing the banking industry.

“It is Wells Fargo's policy not to knowingly bank or provide services to marijuana businesses or for activities related to those businesses, based on federal laws under which the sale and use of marijuana is illegal even if state laws differ,” Gray said in a statement emailed Monday to The News Service of Florida. “We continually review our banking relationships to ensure we adhere to strict regulatory and risk guidelines.”

Problems with banking have plagued Florida marijuana operators since lawmakers first authorized non-euphoric cannabis in 2014, and the banking woes have escalated since voters overwhelmingly approved a constitutional amendment broadly legalizing medical marijuana in 2016.

Lobbyist Ron Watson formerly served as the executive director of the Florida Society of Cannabis Physicians. Watson told the News Service his group recently decided to disband after losing its banking service four months ago. The doctors’ group was unable to find another financial institution to handle its business, Watson said.

“The focus on the banking industry has been taken to an absurdity here,” Watson said, referring to Fried. “We have a statewide candidate running for office that had her bank account shut down because she spoke about medical cannabis and then took money from lobbyists? That’s ridiculous. This has to be fixed. Washington has to fix this.”

Watson, Fried and Bornstein are among those calling on Congress to approve a bipartisan measure, known as the STATES act, that would give states like Florida more power to regulate marijuana and would loosen banking restrictions that currently hamstring legal marijuana operations.

“Outdated federal laws allow for this sort of discrimination. Politicians refuse to act, and big banks like Wells Fargo do everything they can to block progress,” Fried said Monday.

Fried’s dilemma is “representative of anybody who is either directly or indirectly involved in the medical cannabis industry both in Florida and all over the country,” lobbyist Jeff Sharkey, who represents various medical marijuana interests, said in an interview.

Sharkey, whose clients include the Medical Marijuana Business Association, said the banking issue affects accountants, lawyers, associations and others tied to the industry.

But one of Sharkey’s other clients might be an answer for those, such as Fried, searching for a bank eager to embrace marijuana-linked money.

GRN Funds, based in Belleview, Wash., complies with federal guidelines and is now providing services to medical marijuana operators and others affiliated with the cannabis industry in the Florida, Sharkey said. The company handles hundreds of accounts outside of Florida.

“This is needed now more than ever since banks like Wells Fargo are unwilling to serve the industry,” Sharkey said.