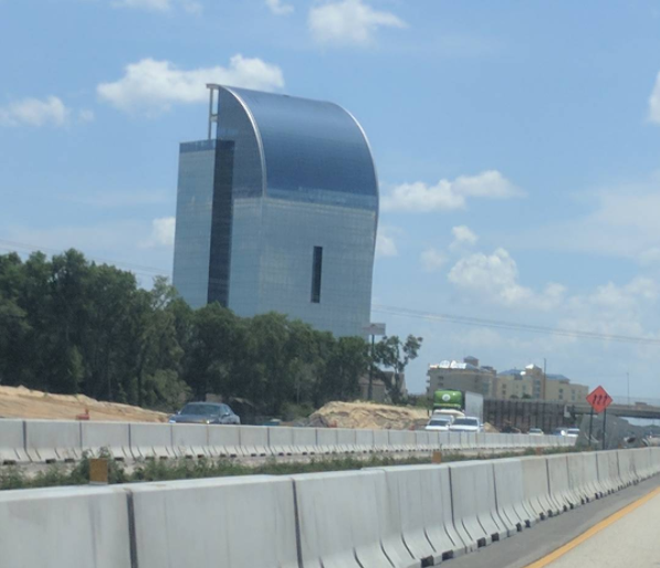 Photo via thisguyjax/Instagram
SuperChannel 55 President Claud Bowers says his company's 18-story unfinished shell of a building, nicknamed the 'I-4 Eyesore," will be completed by Thanksgiving of this year.

"That's our target, to finish by Thanksgiving Day, certainly by the end of this year," said a very optimistic Bowers to WKMG.

The Majesty Building, which has been under construction for over 16 years, is a self-funded project of Bowers' Christian television station.

The company received a settlement from the state for land use during the I-4 expansion, and is expected to receive another $20 million from the Federal Communications Commission, reports WKMG.

Even with a new timetable and (possible) funding, you have to take this with a grain of salt. When this project first started, Crazy Town's "Butterfly" was regularly playing on the radio.

However, if the Majesty Building is indeed finished by Thanksgiving, it's safe to say we'd all be very thankful.