A Sanford teen’s car was badly damaged when he attempted to drive to a friend's house on Wednesday. Jermaine Jones, 16, was confronted by a trio of residents who allegedly tossed a rock through his rear driver's side window and told him to leave the neighborhood.

In a video shared by Jones, Donald Corsi and Howard Hughes can be seen yelling at Jones and closing the distance between themselves and the high-schooler. 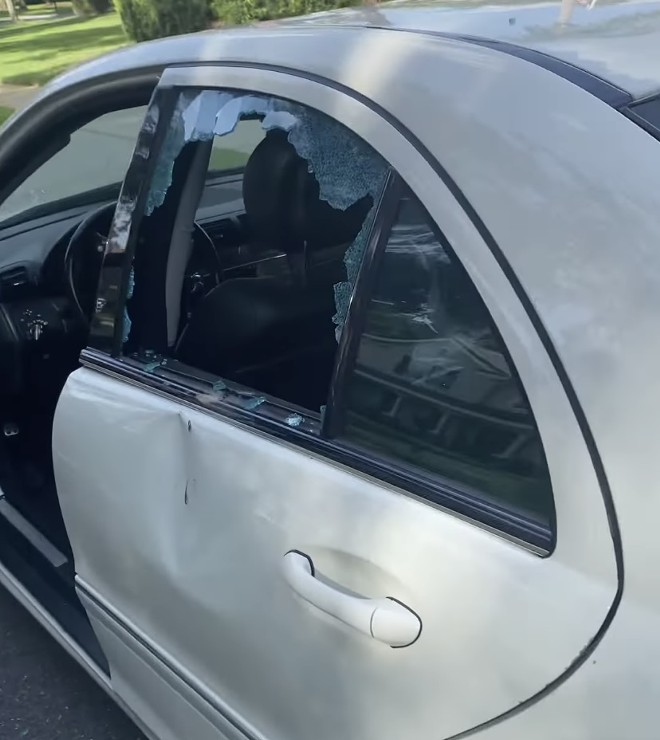 "I was racially profiled while driving through my friends neighborhood. They didn’t like the way I was driving, so they felt the need to hit my car with a cone, and throw a rock through my window," Jones wrote in the caption to the now-viral video. "All I wanted to do was de-escalate until police came, because I wasn’t about to get charges pressed on me for no reason."

In the clip, the men admit to smashing his window. A woman, identified as Cindy Hughes, yells at Jones to "get out of the neighborhood" and adds "you don't belong here."

Jones called 911 on the men and attempted to tell his side of the story while the two shouted over him. In Jones' telling, his friend who lived in the neighborhood got into it with the two men between the Instagram clip and phone call. He repeatedly warns his friend to not escalate with the men, saying "it's not worth it."

This tragic incident once again reflects a horrifying trend in the United States. According to the FBI, around 65% of the reported hate crimes that occurred in 2020 were based on race. Even more disturbing, Black Americans made up more than half of the victims.

As of now, there is no set court date for the two attackers. Jones remains not so optimistic, expressing his concern over the men posting bail and being free to potentially harm another innocent person again.

“The two people that damaged my car, they got locked up,” Jones said. “They're going to bail out regardless, they have money for sure.”