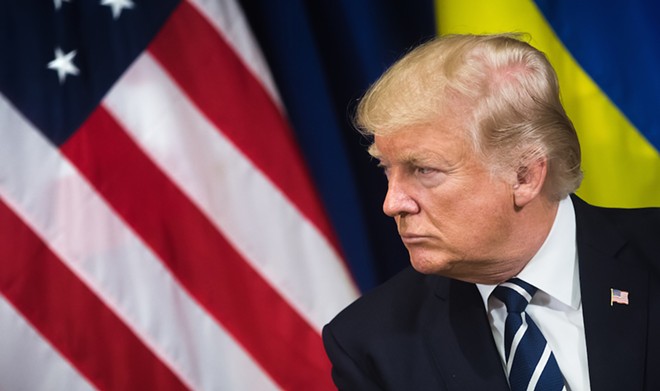 Photo via Shutterstock
The White House says President Donald Trump will no longer travel to Orlando today for a scheduled infrastructure event.

Rather, Trump is “making plans” to visit the Marjory Stoneman Douglas High School in Parkland, where 19-year-old Nikolas Cruz opened fire on students and faculty on Wednesday, killing 17 people and injuring 15 others.

The White House has yet to announce an exact date or time for the visit.

On Thursday, the president delivered a statement on the Parkland shooting from the Diplomatic Room of the White House. While there was ample opportunity for Trump to make a statement addressing our nation’s failures of gun regulation, the president opted instead to speak about taking action on mental health to make schools safer.

“It is not enough to simply take actions that make us feel like we are making a difference. We must actually make that difference,” Trump said.

The Douglas High shooting was the deadliest U.S. school shooting since December 2012, when 20 children and six adults were gunned down at Sandy Hook Elementary School in Newton, Connecticut.