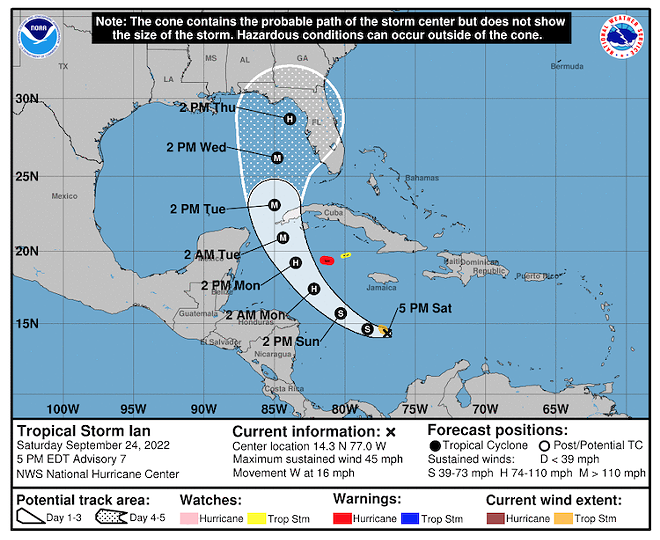 The National Hurricane Center issued a late Saturday afternoon update on the path of Tropical Storm Ian, and it indicated a possible westward shift in its path.

According to the Center's 5 p.m. update, Tropical Storm Ian is still expected to reach hurricane strength over the next several days as it as it moves across the Western Caribbean Sea. Ian is projected to be at hurricane force when it passes over or near the western portion of Cuba late Monday and into Tuesday.

As for Florida, Ian's path is still somewhat in question. The National Hurricane Center's update indicated "uncertainty in the track forecast [that] is higher than usual," and the Center cautioned of "a risk of dangerous storm surge, hurricane-force winds and heavy rainfall along the west coast of Florida and the Florida panhandle by the middle of next week."

Earlier on Saturday, Florida Gov. Ron Desantis declared a state of emergency for the entirety of Florida, and urged Floridians to prepare for the storm's impact.