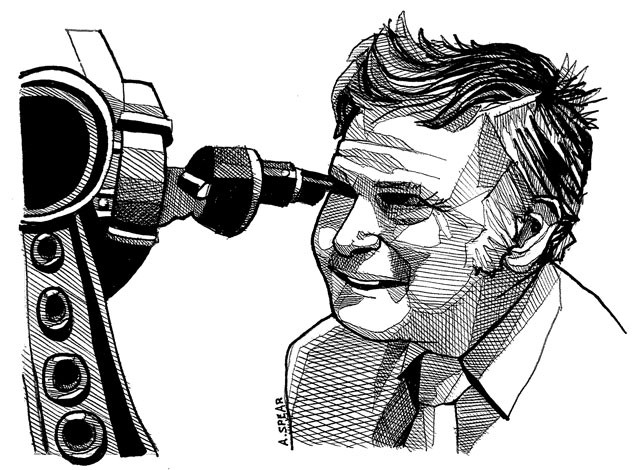 With Curiosity ambling around on Mars, there's public excitement about space exploration again, albeit not so charged as when Kennedy first declared we were going to the moon. It was during that 1960s era that one of the geniuses of our time, Tom Johnson, first became interested not just in the sky, but also in the accessibility of all its wonders. It started with a wish he granted to his two sons, who desperately wanted a telescope during a time when they were super-trendy. But the commercially available ones were technically inferior to the sophisticated instruments used by serious astronomers. So, in his spare time, Johnson invented machines in his garage that allowed him to build and perfect the components that would become the country's most popular and, to date, best-selling telescope of all time: the Celestron 8.

After the Celestron was developed, amateur astronomers were suddenly able to make landmark discoveries. Since then, NASA regularly fields opinions and data from amateurs to populate their database of near-Earth objects (NEOs). Hell, this year, an amateur astronomer discovered Tatooine – a planet that matches the description of Luke Skywalker's home planet. The design that Johnson perfected in 1969 is still used in the precise instruments Celestron mass-produces today, only now they also include an integrated GPS, so that we no longer have to rely on antiquated strategies like star hopping or setting circles to find the objects we seek. Johnson's work made it possible for starry-eyed kids of all ages to explore space from just about any dark, elevated place, encouraging the imaginations of generations.