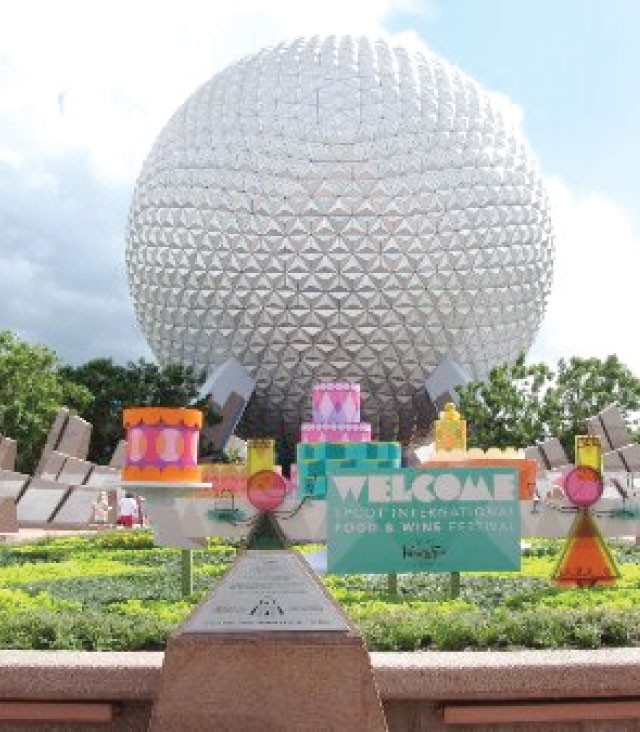 Out with the brisket, in with the burgers. Now that 4Rivers has moved into shiny new digs at 1600 W. Fairbanks Ave., what will become of the original space a few blocks down? Judging from new signage adorning the building, B&B Junction, a family-owned burger joint, is moving in with plans to commence patty-flipping by fall. Their promise of farm-to-table dining means they'll source Central Florida farms for grass-fed beef, free-range poultry, line-caught seafood and, oooh, bison! Homemade breads and desserts will also be offered, as will organic craft beers.

Bon vivants, mark 7 a.m. Tuesday, Aug. 14, on your calendars. That's when Disney will take reservations for the awesomely decadent Party for the Senses and other special dinners and tastings taking place during Epcot's Food & Wine Festival (Sept. 28-Nov. 12). New to the fest this year: a vegan marketplace.

The original Charley's Steak House on South OBT has been rebranded as Charley's Wildfire Grille, offering a more affordable menu for, according to their website, "the next generation." Steaks and seafood are still the norm, but mains start at $15.95. Unlike Charley's Steak House, the beef cuts are all USDA Choice – you won't find any USDA Prime cuts here, but you won't suffer from sticker shock either.

Good news for those who can't make the Oct. 10 Sunshine State Celebration dinner at the James Beard House in New York to witness Kevin Fonzo
(K Restaurant), Hari Pulapaka (Cress) and Greg Richie (Emeril's Tchoup Chop) do their thing: There's still time to snag tickets to the "first showing" Sept. 10 at Tchoup Chop, where the trio will serve an identical menu with wine pairings for a mere $90 plus tax and gratuity – roughly half the price of the NYC dinner! The menu is available on jamesbeard.org; call 407-503-2467 for tickets and tell them you're a guest of chef Kevin, chef Hari or chef Greg.

Got local restaurant dish? Send your tips to [email protected].