Thousands of fish died in the waters off Florida’s Space Coast, and angry residents want to know why 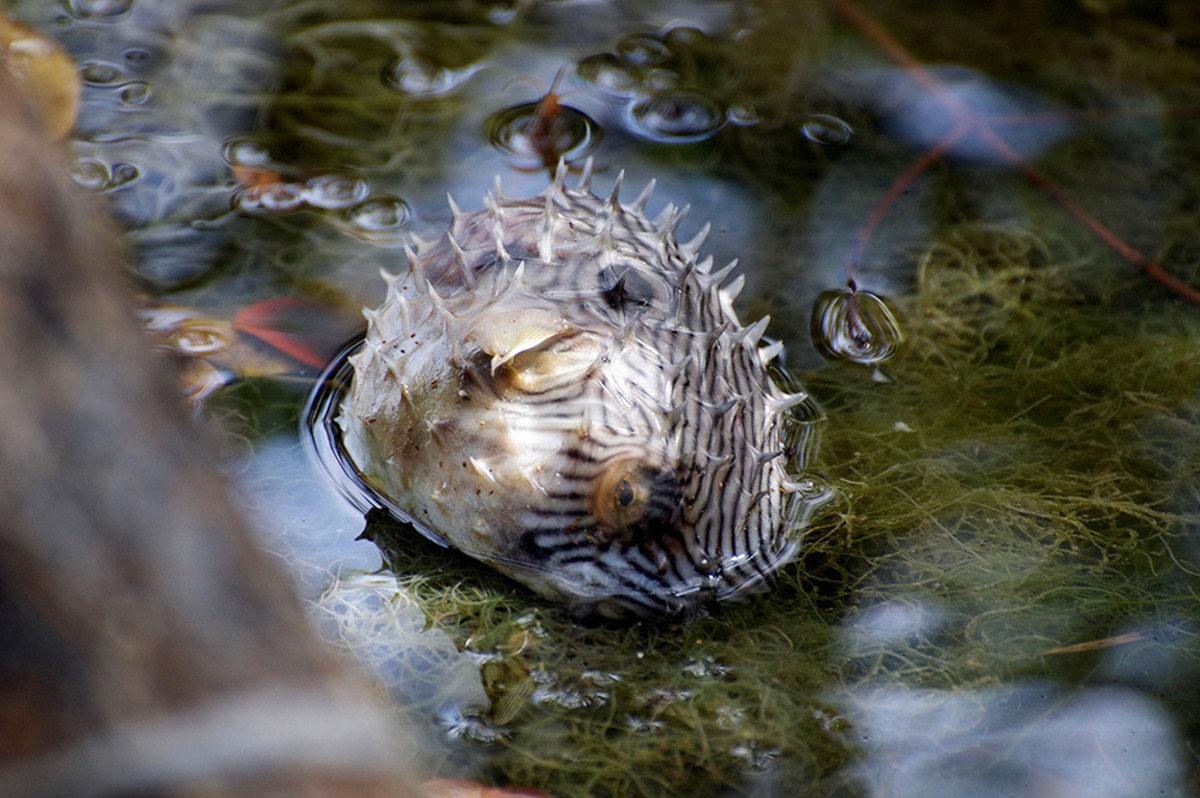 The waters around the Indian River Lagoon had been chocolate-colored for months, but about three weeks ago, on March 18, the estuary looked a bit clearer to Alex Gorichky. Good enough, at least, for an early-morning fishing trip, he says.

He left his home on Merritt Island and fished for a bit in the Banana River portion of the 156-mile lagoon. He didn't notice anything amiss until he got home and saw his friends sharing images of tens of thousands of dead fish floating along the lagoon. The suspected culprit: Aureoumbra lagunensis, a species of algae known to cause brown tide that had been blooming in the lagoon since January. A brown tide algae bloom, while non-toxic to humans, reduces water transparency, produces mucus that prevents shellfish from feeding and consumes the dissolved oxygen in the water at night.

Gorichky, a charter fisherman who owns Local Lines Guide Service, believes the algae blooms died and were consumed by bacteria, which lowered the amount of oxygen. The fish probably swam to the surface of the lagoon looking for dissolvable oxygen in the top sliver of water. When they found none, they suffocated.

Their rotting carcasses, eyes open, mouths gaping, stayed near the surface, later floating into canals or onto shores. Volunteers cleaned up 65,000 pounds of fish within a matter of days, according to Brevard County officials. Still, the pungent odor of dead fish and brown waters fueled Gorichky and others to organize a rally in Cocoa Beach a week later, where about 200 people protested under the hot sun. 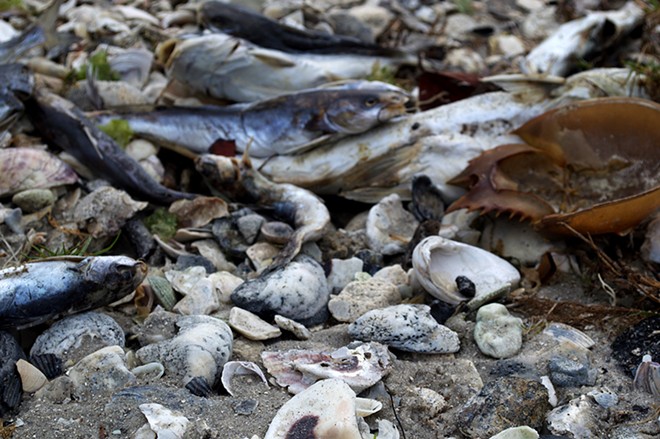 "What happened in the Banana River was actually almost like an extinction event," he says. "The lagoon is truly part of our soul. It's who we are as a people, and it's not nice to see it become what it has. I think a lot of us are ready for a change now."

The Indian River Lagoon's troubles aren't new and haven't been easy to fix, explains John Windsor, a professor of marine and environmental systems at Florida Institute of Technology. Since 2011, algae blooms have plagued the lagoon, blocking essential sunlight to sea grasses, which serve as nurseries for fish and food for manatees. Over 47,000 acres of sea grass were lost, reducing grassbeds by 60 percent, according to the St. Johns Water Management District. Then, between 2012 and 2013, 116 manatees, 76 dolphins and 250 pelicans died from a mysterious ailment in the lagoon, according to the Daytona Beach News-Journal.

Windsor says the algae blooms are fed by pollution in the water from several factors, including: nitrogen and phosphorus found in lawn fertilizers that make their way into the lagoon through lawn clippings and stormwater runoff; leaking septic tanks and accidental sewage spills; agricultural runoff; and nitrogen-filled groundwater. Also contributing to the problem are an estimated 10 million cubic yards of black, fine-grained muck on the lagoon's floor and changing weather patterns. Despite rumors, the FWC says freshwater discharge from Lake Okeechobee by the U.S. Army Corps of Engineers is not a contributing factor to the brown tide.

Though there was an outcry after the fish kill, Brevard County commissioners decided last week against asking Gov. Rick Scott to declare a state of emergency for the lagoon, but will ask for more assistance. While the state says it has invested nearly $80 million to restore the lagoon in past and upcoming projects, critics say the state could also use land and water conservation money from Amendment 1 to fund the lagoon's healing.

Leesa Souto, who is the executive director of Marine Resources Council and a scientist, says she was at the Brevard County Commission meeting and saw people devastated over the loss of unique species found only in the Indian River Lagoon. The lagoon is an economic driver for the region, creating a $3.7 billion impact, Souto says.

"When you see 16 tons of dead fish, it strikes a nerve," she says. "The estuary river runs through the heart of our community. People really feel a sense of sorrow."

Souto says the Florida Legislature could help the Indian River Lagoon and the rest of the waterways in the state by enabling communities to disconnect from septic tanks and hook into municipal water systems, maintaining septic and wastewater systems, and setting a temporary or even permanent ban on lawn fertilizers. Residents are pointing fingers to blame anyone now, but it's going to take everybody doing as much as they can to fix the dying lagoon, Souto says. Her organization is working to keep the public informed by creating an annual report card on the Indian River Lagoon that will be distributed to 2.2 million residents. To fund the report card, Marine Resources Council will also hold Lagoon Fest, a music charity event, in Palm Bay this May.

Indian River Lagoon's Riverkeeper, Marty Baum, says the current crisis is partly the fault of developers, agricultural companies, bad water policies and certain politicians, but it's also the responsibility of people who live near the lagoon. While he was out on the Banana River with Gorichky trying to understand the scope of the kill, they saw a man spreading fertilizer on his lawn and dumping some of it into the lagoon.

"I bawled," Baum, a sixth-generation Floridian, says. "I cried like a child. It hurt me to see nothing but dead fish as far as I could see, 60 square miles."

Baum predicts more trouble will come to the upper lagoon because it's still filled with nutrients for the algae.

"We each do a knife cut to the lagoon," he says. "And every time someone doesn't vote, they steal something from the kids. They've robbed us of almost everything they can without collapsing the economy, so now they're stealing the future."