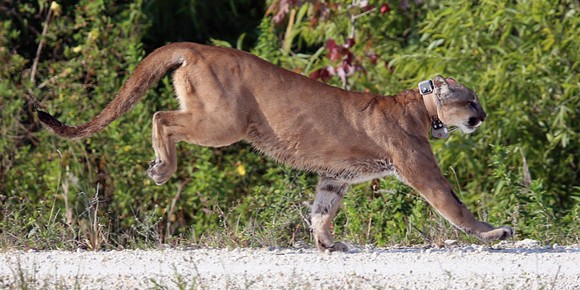 Photo via Huffington Post
2015 witnessed more panther deaths than any other year, and last night we hit the halfway mark to beating that record.

A Florida panther, our state animal, was struck and killed by a motorist Tuesday evening, bringing this year's death-by-car total to 16, which is more than half of 2015's record of 30 car-related deaths.

According to Naples News, the 3- to 4-year-old panther was hit by a car at around 4:30 a.m. in Estro, Florida, near Interstate 75 and Corkscrew Rd.

The Florida Fish and Wildlife Conservation Commission, who once said it's time to give up on the Florida panther, says that this year there have been 18 panthers killed total, which also puts also puts on pace to beat last year's record of total panther deaths.

The National Wildlife Federation estimates that there are now less than 100 Florida panthers left in the wild.