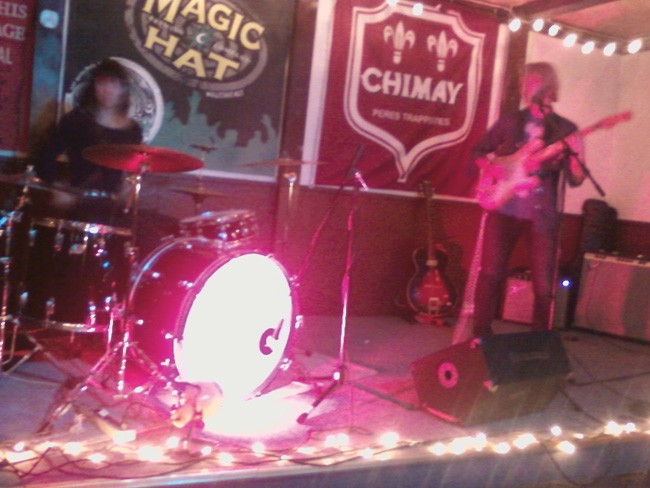 First, despite re-branding to a concert venue only two years ago, Firestone Live is officially getting out of the live business and back to its club roots. Club reps tell me that there will be the occasional concert rental but it’s back to being a dance club. Since they’ve had continuity problems in many live production aspects, perhaps it’s for the best. But, still, I hate to see any reduction in concert spaces.

Although details aren’t robust yet, one announcement to be revved about is the reopening of DeLand jewel Caffe daVinci, DaVinci, or whatever the hell you knew it as. Well, the newest name tweak is Cafe DaVinci and the reason for my advance hype is that it was one of the best places in Florida to see live music and, well, just be. New owners Dan Reed and Mark Dam (owner of New Smyrna’s Beachside Tavern) are being somewhat mum about their ideas for the place, but here’s what I’ve gotten out of ’em so far: live music will be an “integral part,” as will full liquor (two more things to be thankful for!). December will be a soft opening with several shows booked already, but they estimate the grand reopening won’t be until late January. However, they don’t yet have a web presence for the café, so stay tuned.

I’m for anything that makes this place sustainable, so long as they don’t fuck too much with the positively enchanted courtyard. That’s one special place. This will be Version 3.0 of the space since I’ve been going (and I’ve been told there have been more). I hope what they say about the third time is true.

Minneapolis’ Peter Wolf Crier (Nov. 15, the Social) was a study in how to balance atmosphere, experimentation and punch. Their melodic and inventive music distinguishes itself through contrast, blending moody vibes, intricate latticework and restless live-glitch beats. Actually, much of what I thought was studio creation was rendered live. And despite all of their intellectual gestures, some very human emotion propels their music like a warm heart determined to beat against the surrounding chill. Even with lots of keyboards in play, they have an unmistakably organic tenor. Complex but not knotty, capable of both fluidity and surprise, this is well-crafted indie rock.

Although Peter Wolf Crier is much meatier, there’s unfailing spirit, incandescence and personality in headliner Sondre Lerche’s expression. For a solo player, his lively singing, playing and presence fill in all the gaps. He just has that extra spark that can hold a crowd. But even as good as he is alone, it’s hard not to recognize how full his songs became when members of Peter Wolf Crier supported him at the end of the set.

The crowd for Brooklyn two-piece band Boom Chick (Nov. 18, McRaney’s Tavern) was small, like most shows at this venue. Even though the attendees were openly appreciative, this is one of those exceptional bands that shouldn’t have gone so unnoticed. Together, this duo is that special kind of sex between hot butter-cutting slide guitar and maraca-spiked beat stomps. Guitarist-singer Frank Hoier is a pretty legit bluesman, only with a very rock & roll energy – think Richie James Follin (Willowz) reborn as a Delta gunslinger. Peppering their set with covers of greats like Robert Johnson, Bo Diddley, Little Richard and Link Wray, they’re not just some hipster tourists. Oh, and when Hoier asked for a recommendation on a good local beer and was given an Orange Blossom Pilsner, they instantly did a cover of Johnny Cash’s version of “Orange Blossom Special” on the spot. Nice.

Boom Chick are the liveliest act I’ve seen here so far. This is a band that absolutely cannot slip politely into the background, and it was nice to see someone who can whip a bar crowd into attention. In the right setting, they could’ve had the joint swinging and sweaty. But whatever, they had their own party with their own small gathering of genuine listeners. Toldja they would.