Although they're pop in sensibility, local a cappella ensemble Yella! landed on a legit hip-hop bill featuring Rhymesayers recording artist Blueprint and the return of dope open-mic rap jam Vocalization 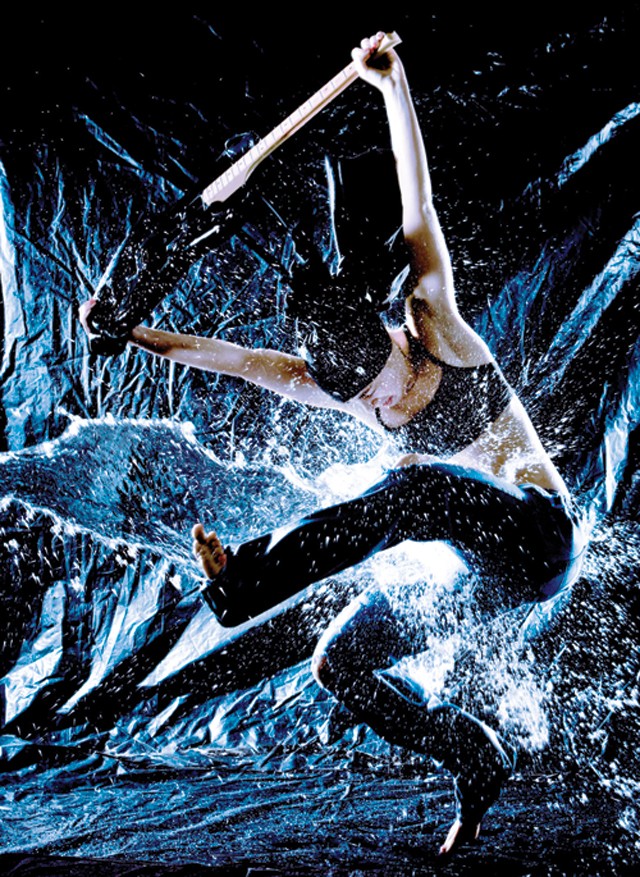 Although they're pop in sensibility, local a cappella ensemble Yella! landed on a legit hip-hop bill featuring Rhymesayers recording artist Blueprint and the return of dope open-mic rap jam Vocalization (Feb. 9, Back Booth). Yella! is known most for being founded by incandescent Real Radio 104.1-FM personality Jana Banana, but I'm betting they got on the bill because beatbox killer Rubox Cube is also in the group. But, boy, it was painful hearing Jana talk on-air that night about the "underground" music scene, mainly her new revelation that there actually is one here in Orlando. Not that the Philips Phile show is some music-oriented program or anything but, fuck, man. For real? Yo, Rubox, take that girl to school.

It's been too long since I've seen Bradenton Americana band Have Gun, Will Travel (Feb. 10, Will's Pub) and their latest Orlando show was bittersweet - sweet because they're so damned good, but bitter because it's a reminder that alt-country of this caliber just isn't made as often or as well here in Orlando anymore. Hopefully, that'll eventually change. Emotionally robust and melodically astute, few folk bands in Florida have their blend of spirit, craft and songwriting.

Also playing was Brooklyn's Food Will Win the War, a spirited folk group whose promise will only be realized with some smarter, more judicious instrumental hierarchy in their live arrangements. As it is now, it's a rambling, often crowded sound that's got a lot of moving parts that need to serve the ?overall band concept better. Jettisoning some ?questionable stylistic tendencies, like those hackneyed hippie grooves, wouldn't hurt either.

That note about definition of sound is a perfect place to bring up sprawlingly named local band Tam Tam the Sandwich Man & the Magical Sugar Cookies. More thrown out there than properly performed, their slapdash show at the Jernigan Post event (Feb. 11, Will's Pub) was not their finest hour. Still, their music is worth discussing because there are both good and bad ways of being "hard to categorize." With things going in all sorts of directions, but too little of it hitting the mark, Tam Tam isn't exactly the former. There's a lack of stylistic cohesion and acuity that continues to plague them. With tons of concrete plans in motion (touring, output, etc.), their hustle is commendably active. But the identity crisis in their music is a fundamental issue that needs more focus in order to achieve any real cogency.

Take French maestro Yann Tiersen (Feb. 8, the Social), for example. His music could easily get lost in the many temptations of his grand orchestral approach and end up a lavish but soulless exercise in style. Instead, there's a strong foundation of melody and sonic narrative that elevates it above mere mood or technique. Rendered live by lots of players and instruments, the songs have an enormous range and depth of expression that's worthy of such a full company of sounds. Most importantly, his music has spirit. Done with an indie-rocker's sensibility but a composer's hand, it's panoramic pop music done to near-classical standards of accomplishment. Because of his claim to fame for the film's soundtrack, the audience elected to chant "Amélie!" to summon the band for an encore. It succeeded, but that sucks. Cute film and all, but give homeboy his due already.

To preview their full-length rock show, Riff, local performance-art company DRIP hosted a two-night, band-centric stand (Feb. 9-10, Cameo Theatre). A full band unveiled some original songs from the upcoming production, all written by Blue Man Group music director David Traver. Like BMG, the soundtrack is organic and kinetic but approachable enough for even your Midwest relatives. But ultimately, it's music made to accompany some other spectacle that will dominate the audience's primary attention. Even throughout the band's set, bodies remained gathered around the plastic enclosure where the dancers would eventually give an energetic, color-splashed sneak preview. As an event however, DRIP deserves applause for corralling some top local indie acts (Andy Matchett & the Minks, Peter Baldwin, the Pauses and Telethon) and drawing a vibrant crowd interested in art.

In fact, opening night brought more people to the Cameo than I've seen in a while. This versatile and ideally located space is a potential jewel, and hopefully, its new management can make it work finally. Psst ... it's all about the programming, guys.