Bao Le-Huu takes on the Memorials and a whole lotta local music, including Lazy Boyzzz, Big City Rockers, the Velaceras and Zap Dragon and the Attack 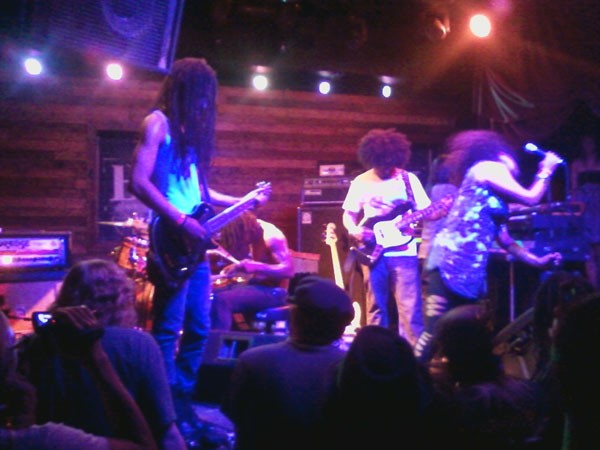 Sup, boos? Ready for summer?School's out. Time to get stoopid.

Trust me, I understand the hardship of having an odd name. And not that rock music necessarily maintains seriousness as a requisite, but having a band moniker like Zap Dragon & the Attack (June 1, Will's Pub) makes things hard for you before you play a single note. I'm probably not the only one to ever wonder how this Orlando combo can possibly be good enough to overcome such a silly name. It's a reasonable question. Then again, it all depends on what you're going for. But it turns out they're not some sort of comic-nerd band at all. In fact, their deal is a shiny, skipping ball of jaunty rock, folk twangs and pop hooks that's cloyingly peppy. They're often a little south of goofy,but their sweet guilelessness has much more traction and potential when they slow things down and dial it in. Their melodies breathe deeper and their heart beats louder. That's when their set hit moments of clarity. And it's where their hope lies.

Playing afterward were local progressive rockers the Velaceras, who are getting tighter by the minute. What started out as promise is quickly becoming delivery because there's now much more glue in their complex, dive-bombing ensemble play. Witness their laudable ability to stay locked even in the throes of dazzlingly technical four-way displays, and you'll see the mark of young dudes who are serious about their craft. They're sprouting the kind of chops that could soon challenge some of the city's most seasoned vets, only with a more relevant language.

Speaking even more emphatically of progress, there are many reasons why I love Lazy Boyzzz (June 3, Will's Pub), not least of which is because they rock the Kids in the Hall theme song in every set. There's a wicked storm rising in these Orlando punks. With a strengthening sound that's tall, snotty and wild, their sails are starting to billow with serious bluster. They maintain a garage ethos without being overly simplistic, striking a near-perfect balance between rough and lucid. Their music is well-written, vaguely menacing and completely electrifying. I noted their possibility when I first saw them last year, but this latest powerful set is a testament to their mighty coalescence and gathering breakout potential. As it is, they've already grown into one of the most invigorating homegrown punk bands I've seen in a very long time.

Sharing the bill, though peddling a very different kind of punk rock, was local band Big City Bombers.Although competent, they toe such a by-the-numbers line in a historically glutted stripe of the genre that they don't evoke much opinion. They're not bad, just generic, which - depending on your point of view - is arguably worse.

Immediately after departing the Mars Volta, drumming phenom Thomas Pridgen formed Bay Area Afro-punk band the Memorials, who recently rolled into town (May 29, Back Booth). Besides a mob of amazing hair, they brought the heat with their especially voluptuous brand of butt-thumping rock. Painted in thick strokes with streaks of soul, jazz and metal, they can be a bit melodically disjointed. But they pack enough swagger, kick and dynamism to be one huge, heady experience that you can easily get blissfully lost in it.

Technically speaking, the highly decorated Pridgen lived up to every ounce of his hype, his skills falling somewhere between a surgeon and a man possessed. But he wasn't the only killer up there. And as a unit, they showed that the virtuosity of a mind-splattering shred-fest can still be heavy.

It was a lively "Memorials Day" turnout (yeah, I totally jacked that pun from singer Viveca Hawkins), and it was evident from both the band's words and vibe that this was a pretty special moment - they even busted out their own cameras to take pictures of the crowd. Our minds were blown by their generosity and conviction of performance, and theirs by our enthusiasm. And that's how it should always be.

Rap dominates the conversation about contemporary music, but there's something uniquely gratifying in seeing the fountainhead of rock music reclaimed by black artists with as much guts as the Memorials. Nothing like seeing rightful idols take their throne.