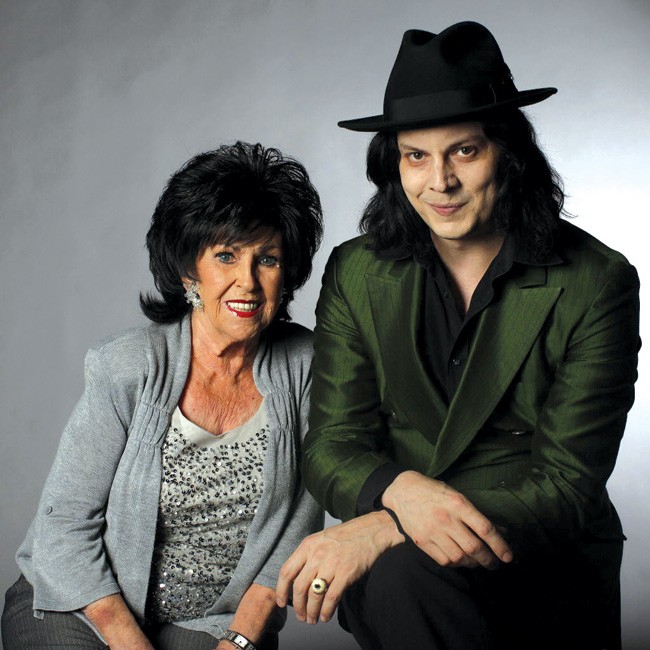 Just a reminder that Ralph Fest, the hugetribute/benefit event honoring slain Orlando musician Ralph Ameduri, is this Sunday downtown, so plan on it.

The more a thing is stereotyped to death, the more refreshing it is to encounter the skilled reaffirmation of its ideal. With Guatemala-born, L.A.-based Gaby Moreno (Oct. 9, McRaney’s Tavern), it’s the female singer-songwriter form that she has rescued from the abyss of cliché. She doesn’t radically change its rules or anything – she just does it with a little more flavor and a lot more skill. And that’s what separates her from typical coffeehouse fare. With an exceptionally rich and assured voice, and a palette that spans Latin, blues, folk, jazz and pop, she’s a marquee talent. Her singing is effortlessly bright with purpose and not just a display of ostentatious acrobatics. In fact, there’s something very classic about her expression. In her voice, the flame of the female greats is alive.

Holy shit, speaking of outstanding musical women, the one and only Queen of Rockabilly, Wanda Jackson,graced our city (Oct. 13, the Plaza Live). Although the audience was largely divided – the younger on their feet in front of the stage, the older enjoying from their seats – the very presence of young people was a testament to the vitality of Jackson’s music and spirit. And they represented at least half the crowd. Cool is cool no matter how old it is. It’s the reason Jack White so badly wanted to work with her on her latest album.

Jackson’s voice is a shadow of its former self at this point, but her gritty moxie (the important part) is still there. Despite her grande-dame age, her edge and ’tude was still up front with all authenticity and no self-parody. This was no classic has-been; this was original rock & roll fire in the flesh, and that’s worth genuflecting before. There are other, much better known women in rock, but few are as certifiably trailblazing as Wanda Jackson. A brilliant booking.

Yuck is one of the brightest young supernovas burning in the indie world today. Their eponymous debut is an instant classic. My god, I love this album. No one – no one – is making songs this immediately delicious and irrepressible right now. As the ’90s begins to take hold of pop culture again, their time is now. Reviving the golden glow of that decade with devotion and utter perfection, Yuck channels the likes of Teenage Fanclub and Dinosaur Jr. even better than those original bands did. Yes, I just said that. This year, Yuck owns my world. And I’m not the only one. Their chewy, fuzzy exuberance is perking ears and grabbing hearts.

They were a little more shoegazey this time (Oct. 10, the Social), something you’ll never hear any griping about here. But one complaint I do have: It’s not fucking loud enough. Their live levels need to be punched up way more to match the big bite of their record. Seriously, rev that motor, guys. But, whatever, because fuck if they don’t have the best goddamned songs.

Although they’re from across the pond, we’re lucky enough to have them play our city twice this year. It’s great that they came back so soon during their breakout year, and as a headliner this time. Since February, when they played Back Booth supporting Smith Westerns, more people are hip to them now. This was not a watch-from-the-edges crowd. They knew how special this band is. And that’s a good thing. Hopefully, Yuck knows, too, that there’s a warm, budding audience for them here. Let us be on pace with this band’s rising star.

Opener Porcelain Raft, also London-based, is the one-man vehicle of Mauro Remiddi. His sparkling but yearningly moody indie pop is capable of enormous beauty,so much so that I wish he’d cool it a little with the thumping electronic beats because they sometimes obscure his exceptional emotional range. If it was rendered by a full live band, that might be different. But even despite the prominent electronic beats, his vocal expression is notably warm and stirring.