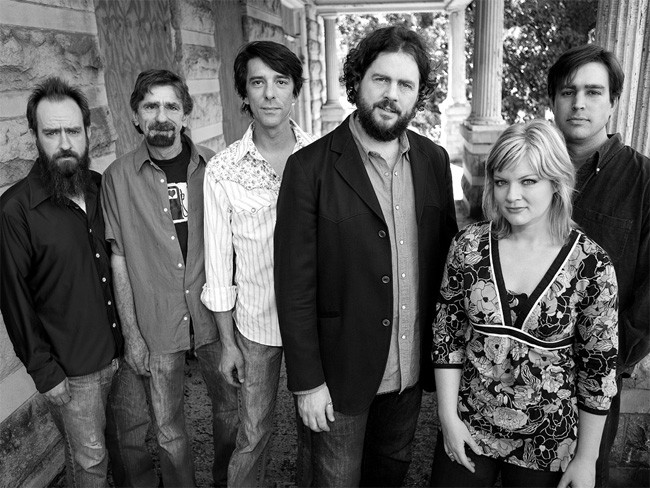 Uh oh, Florida gangsta rapper Plies released a video last week on YouTube for his new tribute song “We Are Trayvon.” And instead of bravado, he chose ham-handed bathos, so – even assuming the purest of intentions (100 percent of profits are going to the Justice for Trayvon Martin Foundation) – this video's still embarrassing for its lack of tact. If it weren't for the utter tragedy of the subject, this would be grade-A unintentional comedy. I mean, a body outline made of fucking Skittles? What's next, a pour on the floor with iced tea? Um, yes, actually. Oofah.

The third annual Total Bummer Music Festival, the traveling Florida indie-music festival that's gathered amazing steam, will land in Orlando this year (May 3-6). The lineup's just been announced (total-bummer.com) and it's packed with more than 100 bands.Holy mama. Local organizers tell me it'll be taking over Mills Avenue and Audubon Park. So prepare to get Bummed.

Remember Hurrah? The intelligent and swollen-hearted Orlando post-hardcore band is practically extinct as an act, but if you've heard of them then perhaps you've been privy to the virtual urban legend that they've had an album in the works for, well, eons. Turns out, it's true. This bad boy's finished. And it's being unveiled with all the fanfare of a “shhh.” But it's pretty dope and shouldn't go unnoticed. So check that shit out (soundcloud.com/asa_bonescty/sets/hurrah-lp/). There may be a release/farewell show for the album. But considering how long it took for it to be finished, well, we'll see.

Spending Friday the 13th at a heavy metal show is a coincidence too hilariously perfect to miss. And so is having stoner-tastic band names like Weedeaterand Cough on the same bill (April 13, Will's Pub). What, couldn't find bands named Skull Bong and Bag O' Doritos to add for the grand slam?

Regardless, I'm so into how polluted and Southern the sludge of North Carolina's Weedeater is. If Justified wanted to make its drug scenes even more authentic, Weedeater would be the soundtrack. But what makes them infinitely better live is that their whopping instrumental tonnage leads instead of the fairly standard growl of singer “Dixie” Dave Collins. I like 'em on record but I love 'em live because you get the full benefit of more fitting sonic proportions, appropriate scalp-buzzing volume and Collins' crazed hillbilly eyes.

Earlier was a double helping of the sweet Southern stuff with the triumphant return of both the Drive-By Truckers and Centro-matic on one knockout bill (the Beacham). I never once took it for granted when Orlando was a regular stop for Centro-matic and frontman Will Johnson a handful of years ago, but unfortunately many others did, to our own detriment. So it was ineffably good to see the Texans back to deliver another soul-stroking performance, one with a thundering finale that had three of the Truckers, including Patterson Hood, backing them up and giving them the heft of two pianists and two drummers.

Just as amazing was having the legendary DBT back here. They're simply one of this generation's greatest Southern rock bands and pioneers of the new Southern cool. It was nice peeking them at Orlando Calling, but that's not the same.

This, however, was their show, their crowd, their domain. And, man, did it feel right. Seeing the dynamic between Hood and Mike Cooley trading leads alongside a pedal steel is pretty close to heaven.

It's one thing to plan something meant to be big, but it's something entirely different to have it actually turn out that way. But the Festival of Light and Sound (April 14, Plaza Live), organized by Alexandrah Sarton (In Curses, Solillaquists of Sound) and Raquel Nuñez, was a surprisingly huge local fest drawing hundreds of people.

With a lively festival village outside and tons of music inside all night, it seems the city is stocked with a whole lot of people interested in bringing their kids out to a family-friendly, local-minded event to enjoy music that has nothing to do with WMMO.

And the Festival of Light and Sound, which also featured a screening of the documentary Happy, is further proof of the gathering power of the local grass roots.