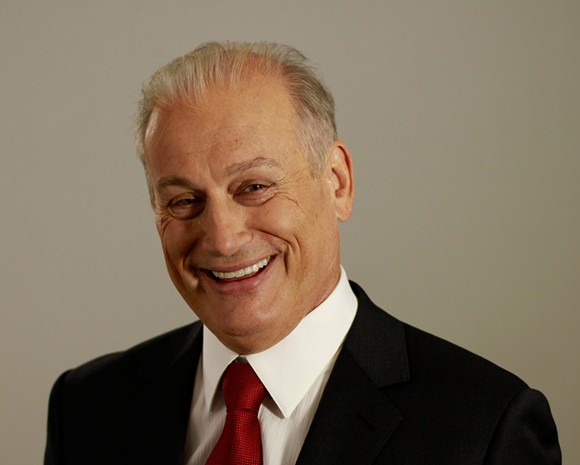 According to a news release, De La Fuente’s campaign will focus heavily on immigration.

“Florida has a rich history of welcoming immigrants," De La Fuente says. "The demographics of our state reflect a strong Latin influence that has grown over the years. I myself am a proud first-generation American who loves this country for the opportunities it has provided for me.”

In the release, De La Fuente points out that Scott secured a tax credit of $600,000 for the federal contractor currently operating a detention center holding as many as 1,000 migrant children in Homestead.

“We cannot continue to be a country that locks families and children in detention centers indefinitely,” De La Fuente says. “Frankly, if anyone deserves to be confined to a cage, it’s the man who oversaw the largest Medicare fraud in this nation’s history. Rick Scott is a despicable, heartless criminal and this campaign is going to be a fight for the soul of the Republican Party.”

According to a report from the Tampa Bay Times, De La Fuente's former campaign website, which is no longer active, said his platform also includes support of abortion rights, "reasonable" gun restrictions and the Affordable Care Act. He opposes putting nonviolent offenders in prison.

This isn’t De La Fuente’s first round in the political arena. Last month, he was one of 32 candidates in California’s Senate primary, where he collected just more than 2 percent of the overall vote, and he’s also running for the Senate in Minnesota, Vermont, Washington and Wyoming.

“I’m the first person in history to go for more than two states for Senate,” De La Fuente told NBC News earlier this year. “Nobody has ever thought about it. Nobody has ever read the rules.”

Other than the president/vice president ticket, according to Florida's laws, candidates can simultaneously run for office in more than one state.

In 2016, De La Fuente also ran for president as a Democrat, only to later become the Reform Party's nominee.

The Florida primary takes place on Aug. 28. The winner of the GOP Senate primary will face off against three-term Democratic Sen. Bill Nelson.