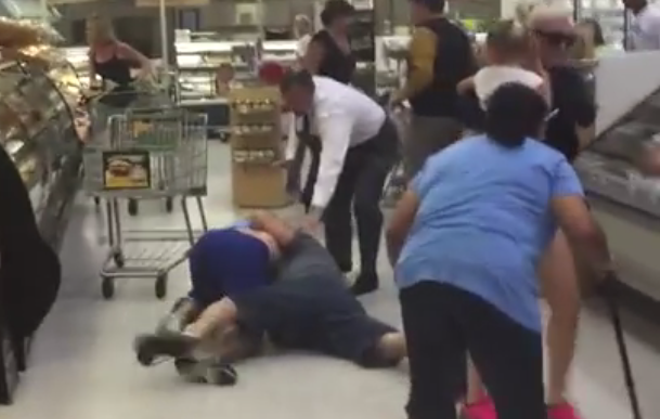 Screengrab via YouTube
Yes, you read that headline correctly, there was a straight up brawl at the Baldwin Park Publix yesterday. Two men squaring off, blow for blow, in arguably one of the nicest neighborhoods in Orlando.

We reached out to the Orlando Police Department and we're still waiting on details.

Since it would be irresponsible to speculate on what the fight was about, we can only guess it was about a Pub Sub.

Sorry in advance that the video was shot vertically, we weren't there to tell the person to turn their phone sideways.